PULSE - 10 Fitness Things to NOT Worry About

Over the years, I’ve talked to thousands of people about health and fitness. I’m often surprised by the questions that get asked, and the random things people are worried about when it comes to food and exercise.

Today I’ll share with you 10 things people worry about, but shouldn’t. These are questions and concerns that repeatedly get brought up, which don’t really matter much when it comes to wellness outcomes! Some are small and silly, others are big and relate to your whole worldview!

Carbohydrates aren’t a mysterious, scary substance. They’re just chains of “hydrated” carbon (watery carbon plus some extra hydrogen) which animal life can break down into useful packets of energy to maintain their bodies and move around the world.

The idea that to get in shape you need to eliminate the entire class of carb macronutrient is simply wrong. Athletes eat carbs. Bodybuilders eat carbs. People with great physiques that you admire eat carbs.

The enemy is eating carbs to excess. The problem with carbs is that eating to excess is very easy to do, because carbs are so damnably palatable. But “watch that you don’t overeat carbs” is very different than “don’t eat carbs at all.” If you want to get fit, carbs are on the menu!

In the 80’s and 90’s jogging and running exploded in popularity, and became synonymous with what an active healthy person did. This effect was boosted by the very visible nature of jogging. When you’re walking or driving down the street, you naturally see a lot of joggers. You don’t see the people getting exercise in all the other wonderful ways, simply because they’re not running around the town all day long.

Over time, it can seem that one of the prerequisites of being fit is that you lace-up your shoes and start pounding the pavement. But many people aren’t into jogging, either because of a physical limitation, a poor environment for jogging (too hot, too cold, too polluted), or simply because they don’t like it.

But jogging doesn’t deserve this place on the fitness pedestal. There’s nothing special about jogging. You’ll burn a similar number of calories doing any exercise that raises the heart rate and gets the blood pumping. You could jump rope, swim, cycle, play tennis or basketball, dance around the house, or simply take a brisk walk. When it comes to energy, your body doesn’t know whether you’re jogging or doing any of these other types of exercise. It will burn through blood sugar and mobilize fat stores all the same.

3. “Do I need to get a fitness tracker before I start?”

The first FitBit came out in 2009. The Apple Watch came out in 2015. This technology is very new, and yet for decades people have been getting in great shape without religiously tracking every single exercise session.

There’s a growing sense in wellness that if a fitness event wasn’t tracked and logged, it didn’t really happen. But your body is keeping a log, via your muscle mass, body fat levels, VO2 max, variable heart rate, and dozens of other metrics. And isn’t that the only log that really matters?

There’s something freeing about exercising and not having a care about whether it was tracked or not. It means that you went out and moved not because a computer told you to, but for the simple joy and healthiness of doing it. That approach is a lot more likely to stick around for the long term, long after your fitness tracker’s batteries have died. 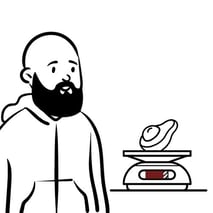 4. “I heard avocados were fattening.”

Yes, compared to other fruit and vegetables, avocados have a lot of fat. But this is gold standard, unsaturated fat, and comes with a boatload of fiber and nutrients. Avocados fill you up, and satiate you for hours as your body enjoys highly available nutritious dietary fat.

No one ever ended up obese because they ate too many avocados. Of all the things to cut from your diet, avocados are near the bottom of the list.

Caffeine consumption has no significant crossover with fat loss or muscle mass gain. You can drink coffee and tea to your heart’s content.

What you can’t have a lot of is frappuccinos or high sugar energy drinks. Not because of caffeine but because of the heavy caloric load that comes along with that caffeine. 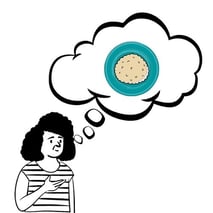 6. “I can only eat brown rice and whole grain bread, right?”

There are advantages to whole grain foods, but they’re not a make-or-break part of fitness results. The caloric value of whole grain vs processed carbs is minimal. A slice of dark brown bread will have about the same calories as a slice of highly refined white bread. And if the whole grain bread has lots of nuts and seeds, it can actually be more calorically dense.

The difference between dark and light is that whole grains take longer to break down in your stomach, giving you smoother energy curves throughout the day, and a smaller insulin spike. That’s it.

But there’s nothing magically healthy about dark colored carbs, or evil about white colored carbs. If your portions were correct, you could have a very impressive physique eating Wonder Bread (a punchline-worthy processed carb). 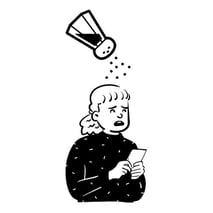 Most people eat too much salt, but the salt that comes from the shaker at the table is the least worrisome source of sodium. The real problem is processed food which works salt into the food during the manufacturing process. You don’t taste this salt as being “salty”, but can easily consume 200-400% of your recommended daily allowance in a single sitting.

In comparison, the few milligrams of salt that you put on food at the table is benign. In fact, because your tongue is tasting fresh, crystallized salt right at the point of eating, you’ll get a saltier, more satisfying taste by adding sodium at the table rather than during the cooking process.

Excess sugar is a problem in the modern diet, but fruit isn’t the source of it. Processed food is. Fruit is a useful part of the diet when employed correctly. If you want to know more, I wrote a whole post about this which shows you how to use fruit like a pro. ---> ( Pulse: In Defense of Fruit )

The gym is 100% optional when you want to shape up. In fact, in many ways, it’s counterproductive. Thinking you need a gym means that you’re seeing fitness as a thing that happens in a certain place at a certain time. And if you’re traveling or away from the gym your fitness progress is on pause too.

Learning to have strong, productive workouts at home or in a hotel room is unbelievably empowering. With your own body and a few chairs you can get amazing results. That’s how we run all of our foundational programs at Kenzai.

The only time a gym comes into the picture is when you need specialized equipment that’s too large or expensive to have around the house. If you need a gym, you’ll know exactly why. It’s not just a vague feeling that “it’s a thing fit people do.”

Getting in shape isn’t really a problem of time. When done smartly, you can get everything you need to do to be fit in an hour a day. If you examine your daily schedule, you’ll find that hour in there, maybe hiding amongst the minutes you spend on social media, watching entertainment, or working inefficiently at other tasks.

And for those people who tell me their day is literally packed from dawn to sleep with important, must-do appointments, I tell them “Well then, you must be so important and busy that you HAVE TO stay fit. A lot of people are depending on you staying healthy.” If Tim Cook, head of a 2 trillion dollar company with 40,000 employees, can make an hour a day for exercise, then why can’t you?

Getting in shape isn’t a problem of time, but of attention. In today’s buzzing, distracted, always-on world, are you willing to give your attention to your health and wellness? If you’re not ready to give your physical condition the attention it deserves, then your efforts will flounder. When you’ve finally had enough and are ready to give precious attention resources to fitness, time is suddenly not a problem.

These are 10 things that people spend a lot of unnecessary time worrying about.

In the next installment, I’ll tell you the 10 things that people DON’T worry about, but which they should!