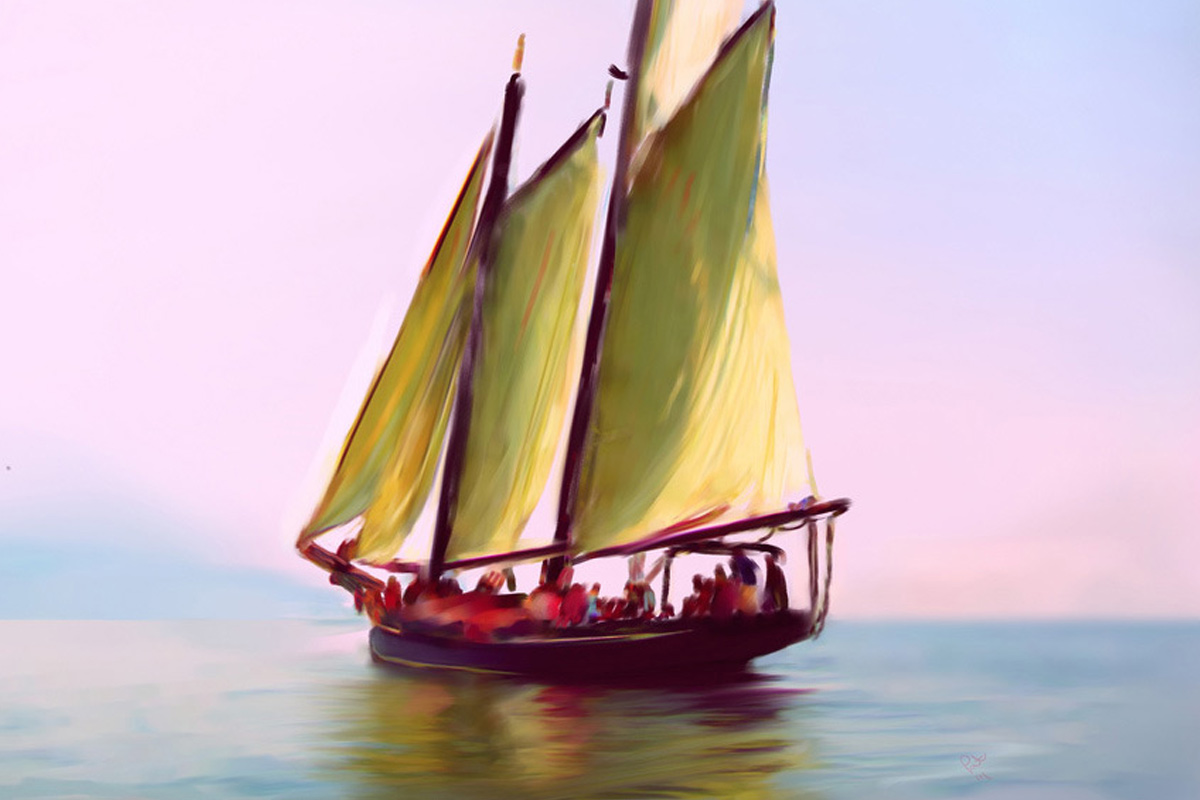 Are You the Same Ship You Set Sail In?

There's an old philosophical question that's always interested me. It's about the greek hero Theseus and his ship. I'll tell my favorite version of it here.

Young Theseus is given a fine new ship by his father Aegeus. With this ship he goes off, makes wars, slays Minotaurs, and sows his oats.b

Each time he comes back from these adventures his ship is pretty banged up, and he has the shipwrights replace things. Some rigging here, some fixtures there, a new prow after a particularly daring ramming attack. Theseus grows up, founds Athens, and the ship continues to take a beating. The deck is relaid one year, a new hull is fitted the next, the rotting mast is replaced after a few decades. This continues until Theseus is an old man. Eventually every piece of the original ship has been replaced. The question is this;

Is that fine ship in the harbor the same ship that Aegeus gave the young Theseus?

Some argue that the ship is the same, because it's the continuity of its existence that give it identity.

Others say that it became a different ship at some point, when the refitting so altered the boat that there was no more physical connection to the original.

What do you think?

(And the question you're probably more interested in at this point, what does this have to do with health and fitness?)

I have a lot of clients who are wrestling with their own Ship of Theseus paradox. It will usually be expressed something like this:

"You know, in college I was a semi-pro tennis player. I'd do an hour of wind-sprints in the morning before practice and an hour of weight training in the evening, with 4 hours of court time daily, sometimes more... so I'm thinking I'll be able to handle this program no problem."

This kind of client can be a challenge. They will plunge into training with gusto, only to get a slap in the face when the first real workouts come around. It turns out that despite their athletic past, they've let things go for a long time and are in fact, in terrible shape. Their sore from head to toe. Their knees are shaky. They can't get through the recommended number of reps. They are forced to chose the easy versions of exercises. They have a lot of mental anguish as it becomes clear that they're really struggling to get through even the most basic thing like a lunge or sit-up.

The human experience is deceptive, it flows from day to day and year to year so seamlessly that we lull ourselves into thinking that we're not changing very much. But the reality is, just like Theseus's ship, your body is constantly breaking down and reassembling itself. And if you don't eat well and exercise consistently your replacement cells and tissues won't be quite as good as the old ones. Go through a few cycles like this and you'll end up feeling like the same person, but made from inferior materials.

This is how in your mind you are still that same college athlete that did an hour of wind sprints every morning but now can't get through 5 minutes of jumprope. It can lead to some real cognitive dissonance!

In the best case, a formerly athletic client will realize how far they've slipped, redouble their efforts and get back to a good place with their body. In the worst case they'll be unable to accept their new unfit reality, blame the program or the trainer, and drop out entirely. I've seen it go both ways.

For me, the solution to the problem of Theseus's ship lies in mindfulness. From one perspective, we can see our lives unfolding on a timeline with a beginning, middle, and end.

But a more accurate view is that we are experiencing a constantly unfurling present moment, connected to the things that came before it and influencing the things that come next, but whole in and of itself.

If you try to spend most of your mental time in this moving present moment, you can free yourself from the hangups of how you think your body ought to be. You can look at the body you have right now, the good and the bad, and move forward from there.

This is far more preferable than fooling yourself into thinking you still have the body of your youth and getting an unpleasant shock when disease or injury comes along to kick your ass.

Clarity is always better than delusion, even when it stings.

Your ship may not be the sleek cruiser of your teens, but it's the only one you've got. Start making repairs! Eat vegetables. Exercise. Sleep enough. Happy sailing!