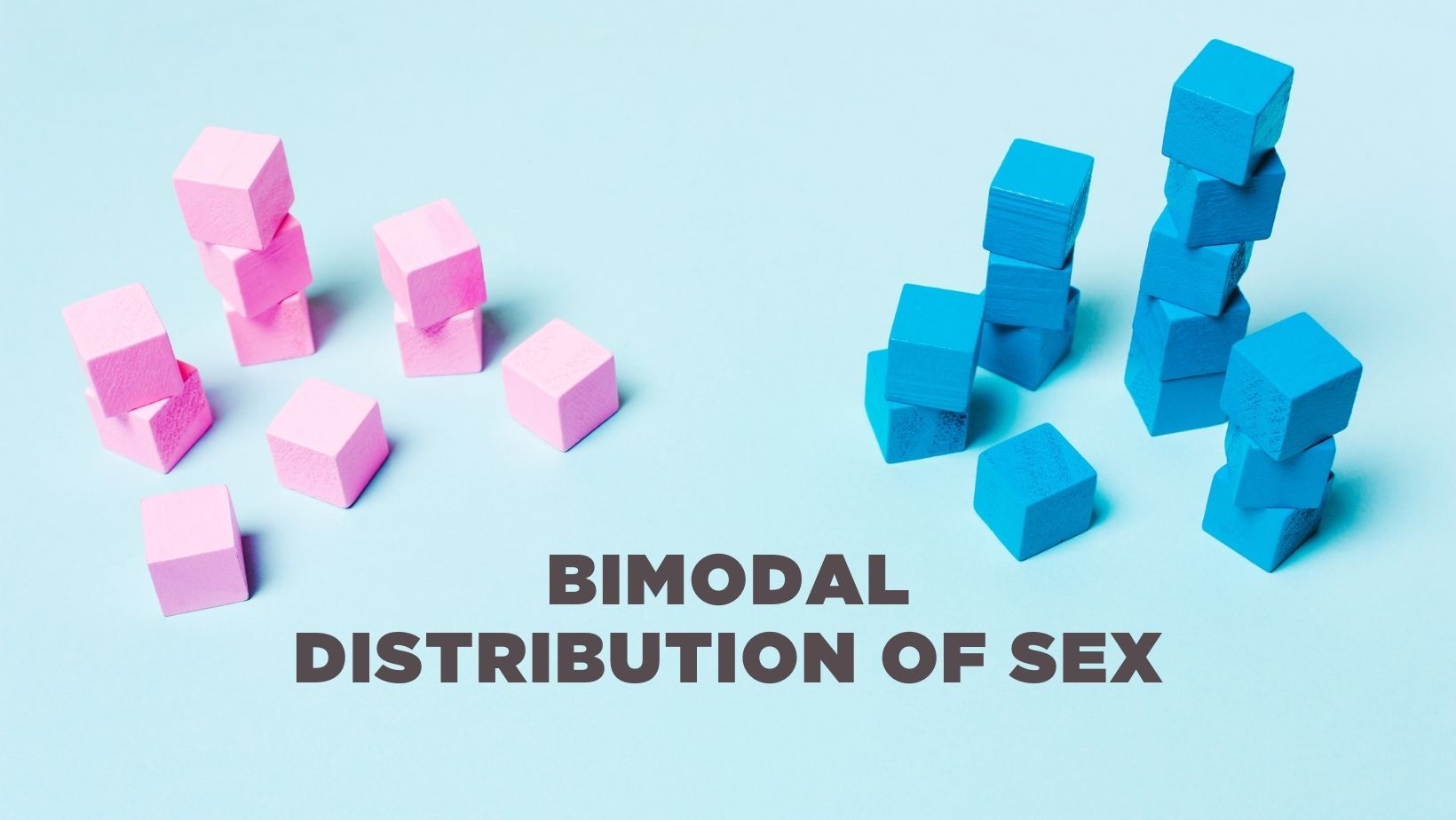 Don’t men and women need specialized exercises and plans to meet the needs of their different bodies? It’s a good question which we’ll answer today.

In many Kenzai fitness lessons we refer to men’s and women’s bodies. Let’s clear the air about the two sexes and what we mean when we say male or female.

There’s a lot of controversy these days around the issue of transgender rights, with a vocal minority insisting that there are only men and women and never the twain shall meet. But in the realm of science this isn’t a controversial or particularly interesting question at all. Sex is one of the many things in organic life that fall into a bimodal distribution.

Bimodal distribution is essentially two bell curves which overlap. You take a sample of people and measure them based on the qualities we associate with the two sexes; hormone levels, muscle mass, bone size and shape, and so on. You find that people clump around the two nodes of female and male.

Some men will be hyper-masculine, some women will be hyper-feminine. Most will be in the average for their node. But some people will fall in the middle ground between the two bell curves. This isn’t a perplexing problem that we need to get upset about. In fact, it’s exactly what you’d expect for any biological process as complicated as sex. If you think about all the people you’ve met in your life, you can probably identify individuals who fall in every section of these curves. This isn’t groundbreaking stuff, it’s part of our everyday lived experience.

When you throw these genetic factors in the blender with society and culture, you get the even more nuanced concept of gender, and that’s where the arguments really heat up.

Trying to squeeze all of this genetic and cultural complexity into two neat little boxes named male and female will result in a lot of people in the middle being repressed and forced to live a life they’re not comfortable with. Bimodal distribution is a normal part of organic life. Why do we have to create so much controversy and misery around it?

As we educate, we’ll continue referring to women and men, but remember that this is shorthand for “people who exhibit a predominance of traits we identify as female or male.”