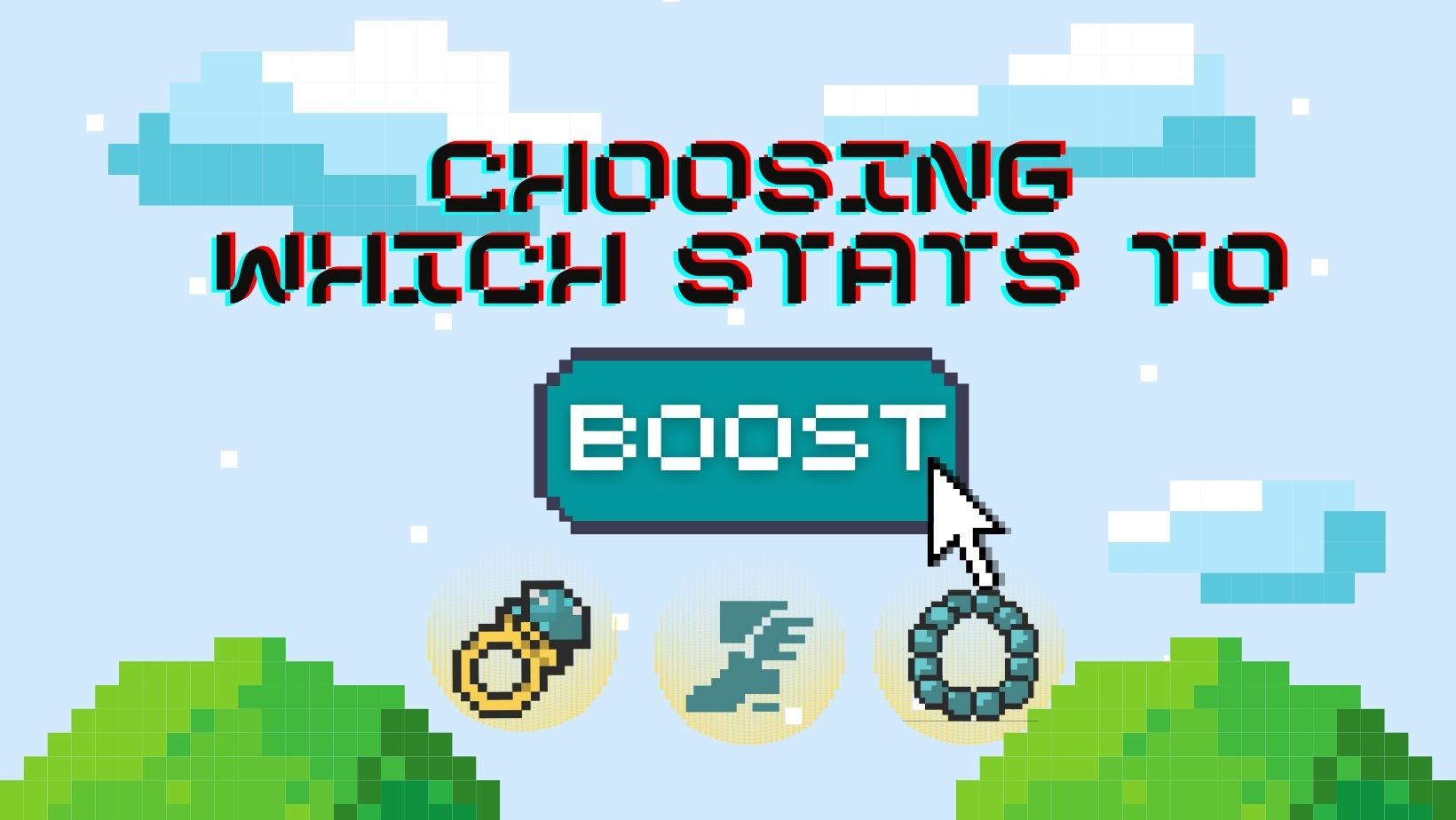 PULSE - Choosing Which Stats to Boost

As a kid (and who am I kidding, as an adult!) I played a lot of JRPGs (Japanese Role Playing Games). These were dense, long adventures where you traveled the land, progressing through the story, fighting monsters, leveling up your characters, and collecting loot.

These games were very stat-heavy, menu after menu with your characters attributes in long columns.

Fighters had a lot of speed, power and stamina, but were weak against magic. 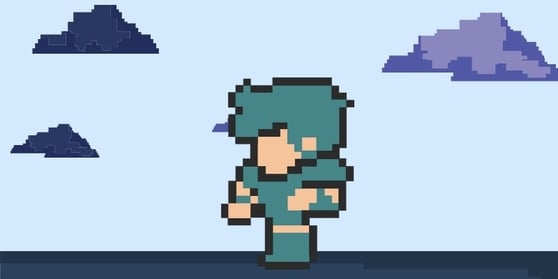 Mages could do a lot of magic damage from a distance, but if an enemy got too close they could KO the mage easily because they were so weak in melee combat. 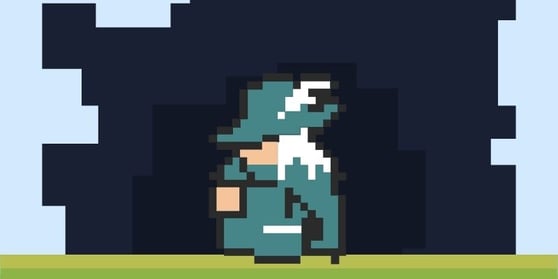 Healers were hardy and could replenish HP, but their movement was terrible so you could never get them in the right place in time to save your party. 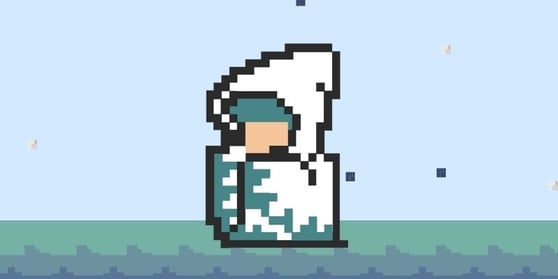 You get the idea. Each character had strengths and weaknesses which made them both an asset and a liability.

During the game, you’d sometimes encounter treasure that could raise the stat of a character. For example, you might find a ring that added +10 HP (health points) to whoever wore it, or a magic bracelet which gave you +5 resistance to magic attacks, or speed boots which increased your movement range. You could give these items to whoever you wanted from your character group. 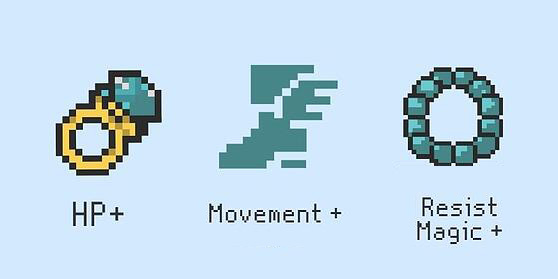 The question was, when you got one of these items, who got the stat-boost? If you gave your fighter the boots, on top of his already good speed, he would be unstoppable as he waded into enemies. If you gave the magic resistance bracelet to your mage, he could exchange fireball spells with enemies without ever worrying about getting KO’ed. And if you boosted your healer’s HP even higher than her already high starting number, you could let her take more hits as you went to heal your party up.

As a kid, you always want to see the bigger number, so in the manner above I would try to max out stats and give the boost-item to the party-member who was already strong in that area. This kind of worked… but not really. The game was clever, and the enemies would go after the character who was weakest in one stat first. By the end of the game, the monsters would one-shot my characters easily (one-shot means to KO in one hit).

After a while, I realized that having the biggest, most impressive stat number wasn’t a winning strategy. What worked a lot better was giving the boost item to the character who was naturally weakest in that area. The fighter got the magic bracelet so he could survive a fireball spell. The mage got the HP boost to make him hardier against melee attacks, and the healer got the boots so she could actually move around and get to people in time to save them. This made the game much easier!

I sometimes think about this lesson when I encounter people who have really leaned into one particular area of fitness. You’ve probably met them too. Some of the “characters” you run into include:

The weightlifter who can deadlift 350 pounds but can’t touch his toes or scratch an itch on his back. 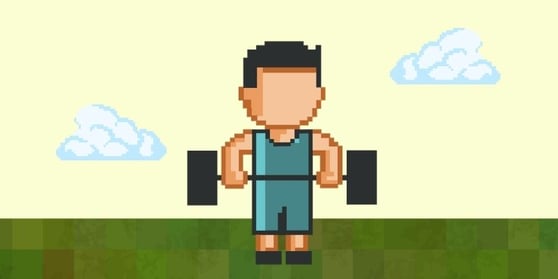 The runner who can easily knock out a marathon before 9 am, but who can’t carry two bags of groceries inside in one trip. 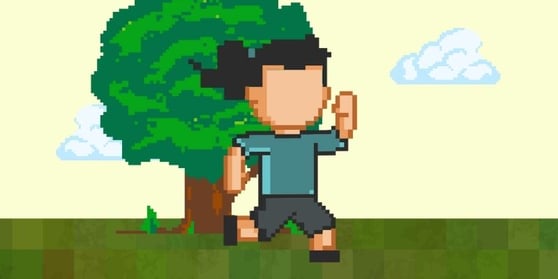 The yogini who can ease herself into the twistiest of asana, but who gets out of breath running to catch a train.

When I meet people like this, I think of them as having put all their points into one stat. The weightlifter has maxed out his power, the runner her stamina, and the yogini her flexibility. This leads to amazing and admirable feats in those specific fields. If one of these people is going to make an Instagram post about their fitness, you can be sure they’ll be showing off their high level of skill in their area of expertise (and carefully avoiding showing those things which they’re weak at). 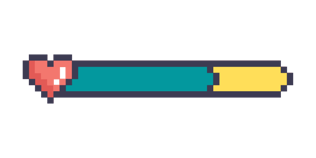 This approach works… kind of. But just as in a role-playing game, maxing out one stat comes back to bite you in later levels. For fitness, these later levels are the process of aging. As you enter your mid-40’s and beyond, it’s not your star stat that’s going to be a problem, it’s the one you’ve neglected.

I wish I could convince these kinds of people to not overspecialize so much, especially as the years tick up. The weightlifter needs to go to yoga class. The runner needs to lift some weights. And the yogini needs to lace up and go for a run to encourage posterior chain elasticity.

But these types of people rarely try exercise options so far afield from what they’re used to. They either stubbornly stick with what they know, or do something immediately adjacent.

The weightlifter tries bouldering. After all, he’s strong, it’s a good fit, right?

The yogini ventures into pilates. She might as well put that flexibility to good use, right?

While better than nothing, these aren’t really addressing the weak stat. They’re just buffing the strong stat from a different angle!

Avoid this common pitfall in your own wellness journey. It’s perfectly normal and healthy to have one kind of exercise which you find most appealing. This is like your fitness character-class. Fighters are fighters, and mages are mages, and that’s ok. 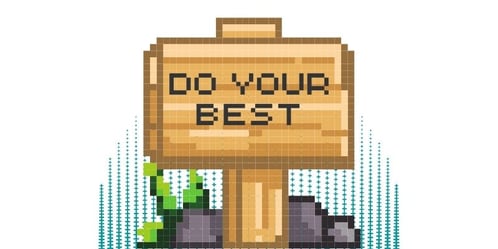 But at least once a week, do your best to go way over to the other side of the stat sheet and work on your weakest area. This isn’t easy. You’re not a natural at it. You might be the worst one in the class or gym. You feel like a n00b! But I promise you’ll get better results being humble and boosting your weak point rather than endless spit-shining your already shiny strong-point.

Hyper-specialized people get hurt eventually. This is particularly tough for them because they have to give up the one thing they’ve sunk so much of their time, energy, and very identity into. I’ve seen it happen so, so, so many times and it makes me sad.

Well-rounded people who burnish their weak points are able to stay in the game for much longer, enjoying both their main activity and the fun challenges of boosting weaker stats. Plus, they’re more interesting for it. Working on things you’re not naturally good at makes you a cooler person.

The choice seems clear to me. Unlike a video game, there’s no restart and continue button on your one and only life. Stay healthy and strong for as many rounds as you can.

Don’t let a lagging stat knock you out!