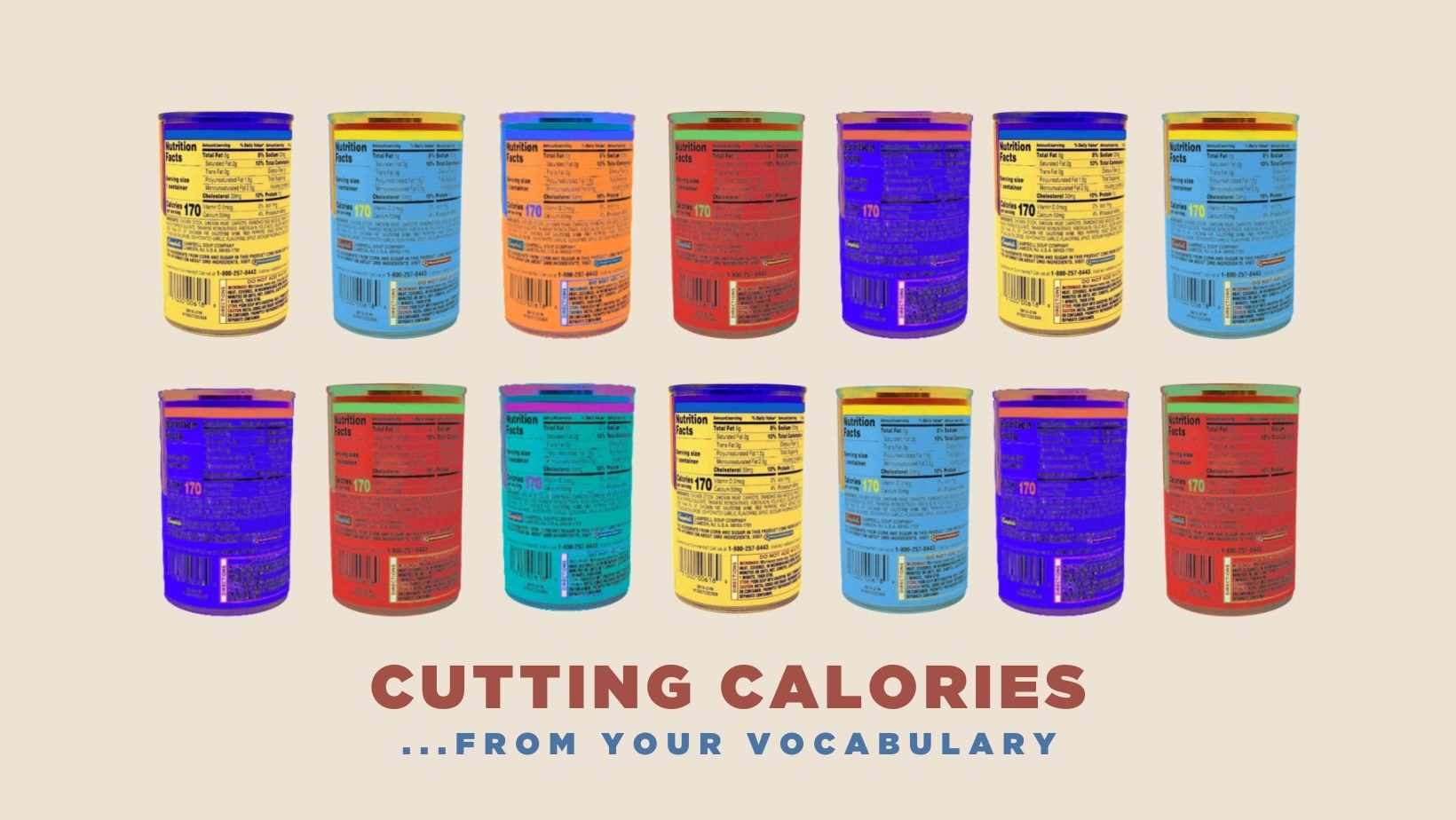 PULSE - Cutting Calories from Your Vocabulary

Sometimes a useful word is so useful and universally adopted that it drifts away from its original meaning and becomes a thing all its own.

One of these words is calorie. We all kind of know what a calorie is — it’s a measurement of the amount of “stuff” in food. Sugar, fat, stuff like that right?

But what is a calorie really, and why did it become the default word for describing the amount of “stuff” in food. (And what is that stuff, actually?)

Calorie comes from the latin word “calor”, meaning heat. The origins of the word are murky, but it’s generally credited to a group of French scientists who gave the term its exuberant French suffix “-ie.” The root word gives you a hint as to calorie’s use - it’s a way to keep track of heat energy.

Technically, a calorie is a measurement of the amount of heat needed to raise the temperature of 1 gram of water 1° Celcius. 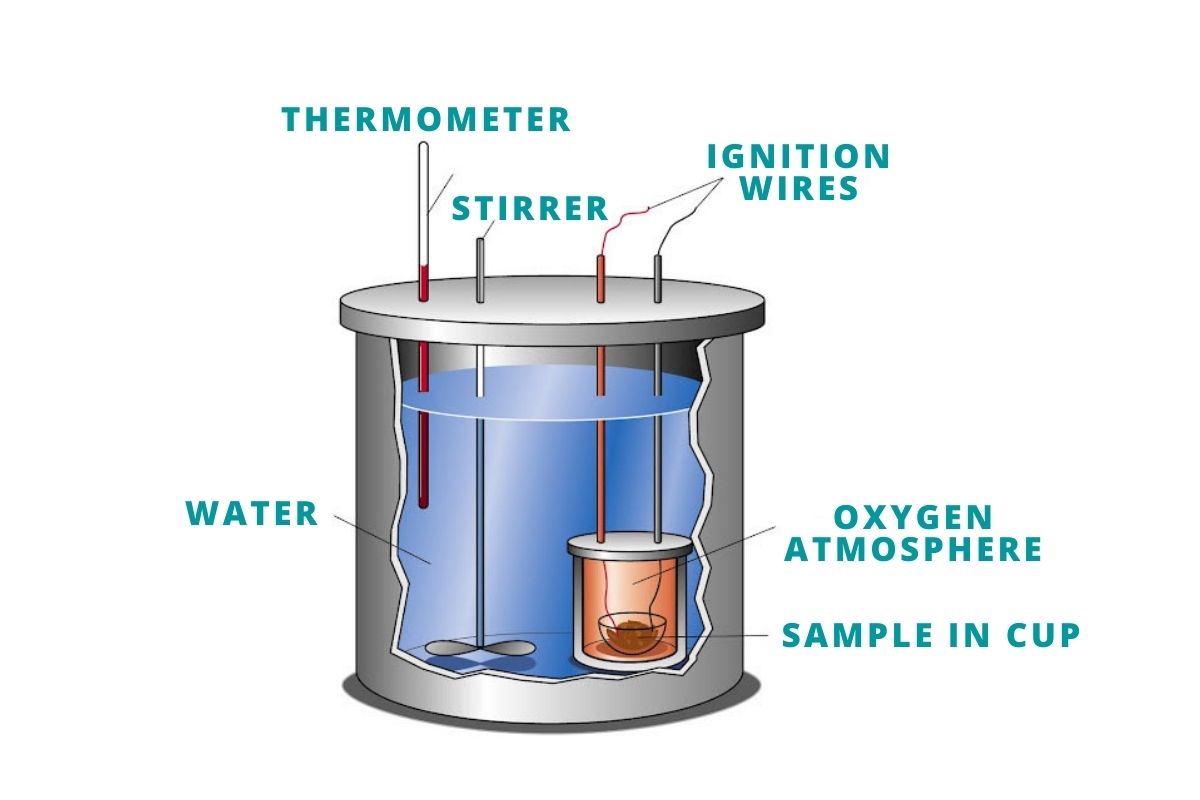 This diagram of a calorimeter shows how simple this concept is. Burn the food until the water gets 1° warmer. The amount of energy it took to do that is its number of calories.

This measurement seems kind of random, but at the time it was useful when dealing with food and the people who eat it, since food is basically sponges full of water and people are basically bags full of water.

Using the official calorie as a unit of measure is unwieldy, because by that metric a human needs about 2 million calories a day. So scientists bumped it up to be the amount of heat needed to raise 1 kilogram of water 1° C and called this a kilocalorie, or kcal. This made the number of energy units an average person needs a more manageable 2000 kcal per day. The kcal unit is widely used in Europe and Asia. But confusingly, in the UK and US, the tradition became to capitalize the “C” in calorie to indicate you’re talking about the larger kilocalorie.

Pedantically, the written sentence, “This burger is 400 calories” is incorrect.

Correct versions would be.

The calorie was never a widely used unit in science, because in 1881 the joule was officially adopted as a measure of heat energy. Unlike calories with their messy fire and water, the joule deals with primary forces of movement and electrical resistance. With joules you could measure the energy in all types of things, from cookies to cannonballs to computer chips.

But calories kept a toehold in our culture. They became the unit we think in when it comes to the energy in food, as well as the “score” we get when we exercise. And that’s why today every packaged food item in the store, every cardio machine in the gym, and every fitness tracker on wrists is labeled with this obscure 200 year-old French unit of scientific measurement. 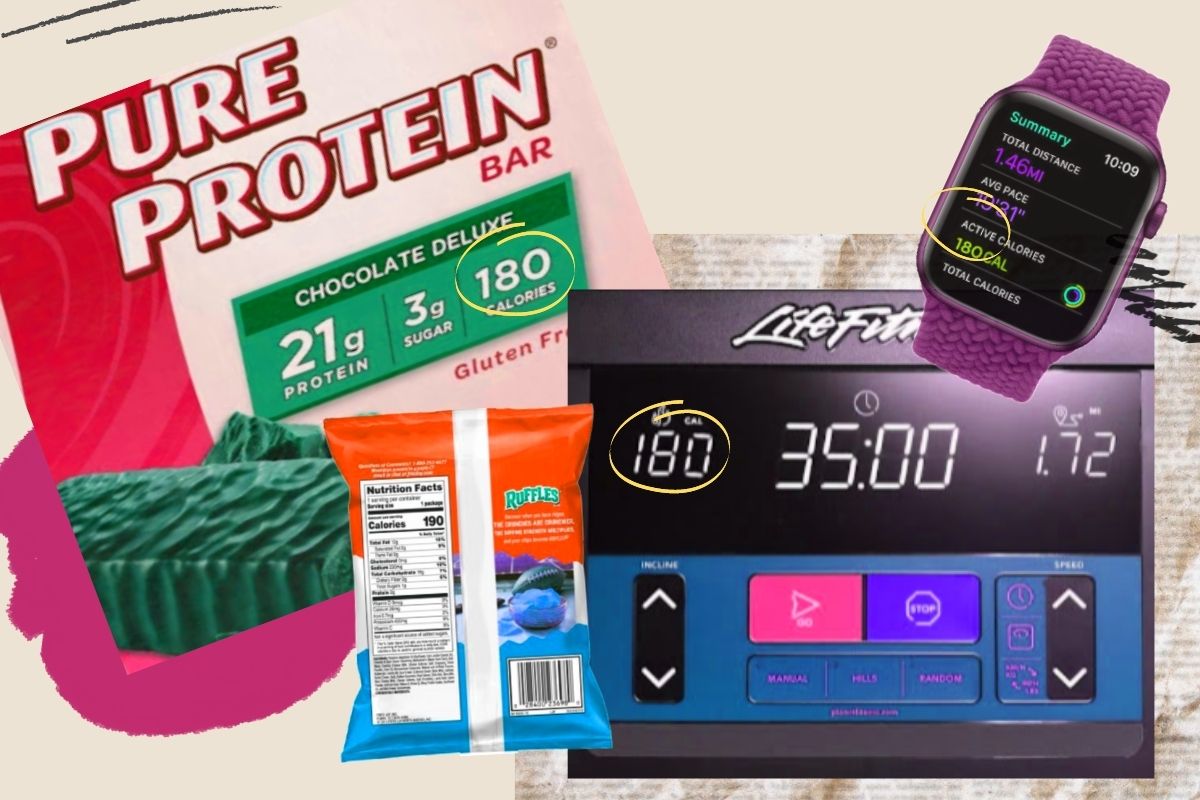 Many countries are doing their best to institute kilojoules (kJ) for food and exercise, but calories remains a sticky word that won’t go away.

All this historical background and scientific grounding have evaporated from our colloquial use of the word calorie. Most people have grown up in a world where calories are seen more as a substance than a unit of measurement. When we say, “I can’t eat that, it has too many Calories,” it’s the same as saying it has too much sugar or fat. Calories become things that need to be tracked, counted, and, when possible, avoided.

From the very start of Kenzai we’ve coached our trainers and team to stay away from the word calorie whenever possible. People have a lot of baggage with the term from failed fitness attempts that put Calorie-counting at the foreground. There are many ways to get in shape, but one of the least effective I’ve seen is asking a person to bean-count their day away, checking labels and googling nutrition facts at every meal. Unless you’re an extremely data-driven person who thinks spreadsheets are a blast, Calorie-counting is a frustrating dead end.

What we do at Kenzai is consistently reframe Calories for what they really are — units of energy. “Calories” have become something bad, but “energy” has a much more positive feel. One of the easiest mental changes you can do is simply swap the phrase “units of energy” for Calories.

Feel the difference between these two sentences:

This sentence evokes “hot” emotions (remember the latin meaning of calor?). It brings up feelings of guilt, shame, self-doubt, and internal conflict and drama.

The feeling from this phrase is much more “cool”, neutral, analytical, and leaves the mind open to other possibilites.

We have so much bad history with the word Calorie that it creates tension and stress for people to even think about it. Ironically, people respond to this stress by diving into a high-Calorie foods and drinks!

When you use the term “unit of energy” you bypass all that baggage and get perspective on whether you really want to put that energy into your system.

Given all these facts, the slice of cake becomes less appealing. Not because it’s naughty or a guilty pleasure, but simply because it has so much energetic density it’s likely to throw your whole day’s energy balance off. Perhaps this is worth it sometimes, like your birthday or after a rough day at work. But most of the time, it’s not. Cake is nice but not that nice.

This approach gets you back to the essence of food. Food is there to nourish and sustain you, not to make you sick or add kilograms of fat to your frame. If you’ve been lost in the woods for 2 weeks and stumble across a slice of cake, it’s extremely helpful to consume those 500 energy units to help you survive. But if you’ve just been sitting around at an office job, that energy will be a net loss for your health and wellness.

If you can make this transition away from thinking in terms of “good” and “bad” foods, and start seeing your fitness as a process of energy management, you’ll find cravings, guilt, doubt and shame all ease up considerably.

The magic of the energy management approach is that if you’re choosing fresh foods with low energetic density, you’re guaranteed to be eating correctly. Your body will let you know you’ve gotten it right, as it rewards you with more strength, stamina, focus, and vitality week after week.