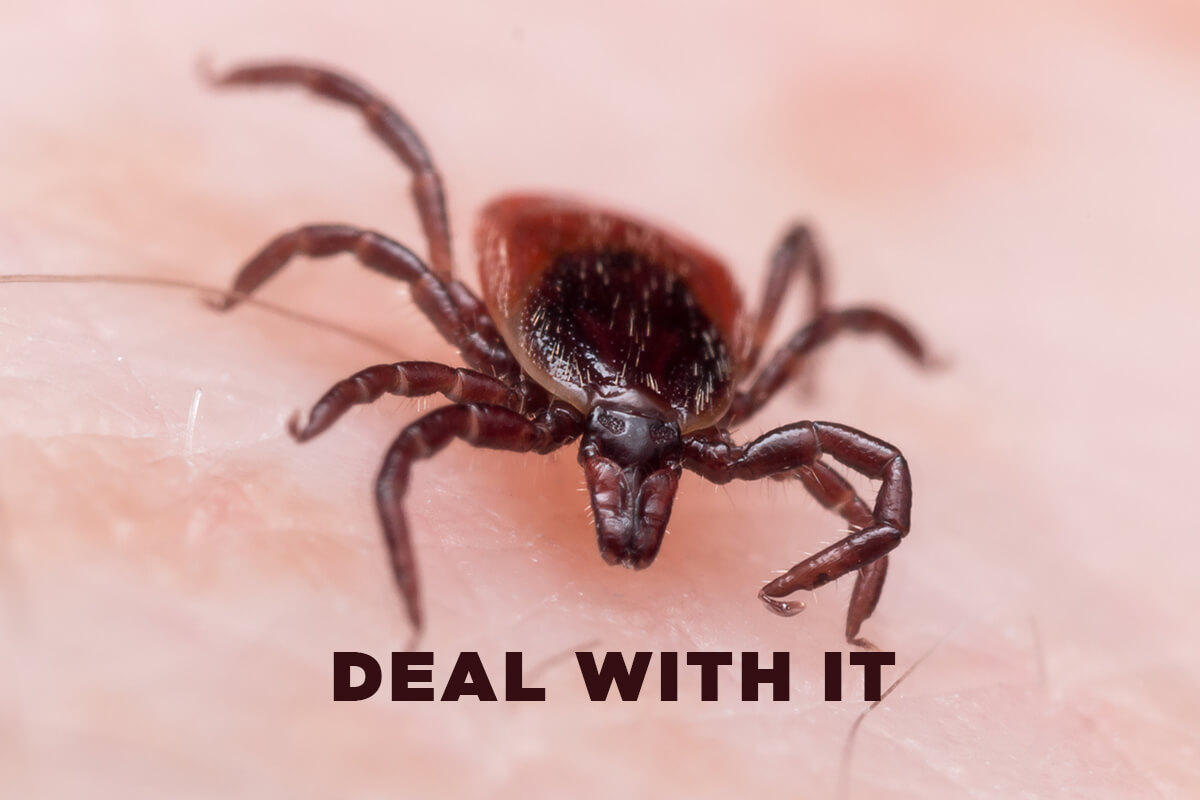 Let's go for a hike in the beautiful Southeastern US, where I was born and raised. What a place! The coastal plains, the southern swamps, the Blue Ridge mountains, amazing biodiversity on a grand scale. But after spending a day outside, you learn from a young age to check your feet, ankles, and legs for ticks. It's just part of life. There's even a hit country music song about it. There's nothing like discovering a juicy tick embedded in your skin, its body engorged with your fresh blood. Good times!

Let's go for a hike in the beautiful Southeastern US, where I was born and raised. What a place! The coastal plains, the southern swamps, the Blue Ridge mountains, amazing biodiversity on a grand scale. But after spending a day outside, you learn from a young age to check your feet, ankles, and legs for ticks. It's just part of life. There's even a hit country music song about it. There's nothing like discovering a juicy tick embedded in your skin, its body engorged with your fresh blood. Good times! 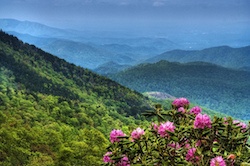 These ticks are mostly harmless, but a small percentage of them carry bacteria that will turn your life upside down. Everything from flu-like symptoms to death can occur from tick-borne diseases. The CDC has a whole page of all the bad things that can happen.

Over the last 20 years, doctors in the Southeast have seen a small number of patients complaining of a sudden allergy to red meat. After having a meal with steak or lamb, these patients would be covered in sweat and rashes, with their throats itchy and closing. Through a long series of investigations (which you can read about in this excellent New Yorker article) the leading hypothesis is that this meat allergy comes from the bite of the lone-star tick. 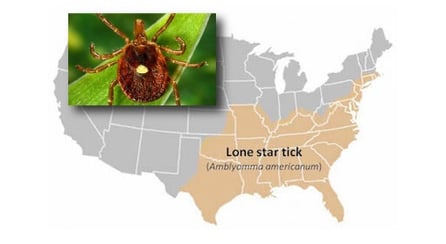 Here's the theory. In the wild, ticks mostly bite and attach to animals like deer and rabbits. The tick wants to stay embedded in the animal for as long as possible without irritating the host (causing it to be removed or killed). The lone-star tick has evolved a potent kind of saliva containing compounds which mimic the blood-sugar of the target animals. This means the animal's immune system doesn't recognize the tick as a foreign body and leaves it alone.

However, when the lone-star tick bites a human, our immune systems DO recognize this saliva as an invasive compound. Some people's systems produce antibodies to attack this compound. These people now have an immune response which rejects the chemical found in lone-star tick saliva, which is a mimic of the blood-sugar found in forest mammals. Which means that the next time they eat red meat they have an allergic reaction.

This is all very interesting and cool, unless you happen to be one of those people who's been bitten. Think about it. This tiny tick bites you on a hike and for the rest of your life red meat is off the menu. The injustice!

This tiny tick bites you on a hike and for the rest of your life red meat is off the menu. The injustice!

How would you feel if that was you? Would you spend your day agonizing over it? Would you longingly gaze through glass of the butcher shop? Would you stand in the fields and curse the gods who left you so afflicted? Would your life be over?

Of course not. Losing the ability to eat red meat is hard, but it's not the end of the world. After adjusting for a few weeks, you'd just get on with your life. If someone took you to a steak restaurant you'd explain, "See, I have this meat allergy, it's the damndest thing, but I just have to stay away from beef these days."

You would, in fact, not even be particularly unique. There are 1 billion Hindus in the world who don't eat beef on religious grounds. Add to that all the vegetarians and you'll find yourself in pretty good company. Of all the terrible things that can happen to a person, having a red-meat allergy isn't so bad. Sure, you'd be bummed out, but there's more to life than hamburger. You deal with it and move on.

Every day people are getting to grips with food allergy diagnoses. Name a food and you can find someone allergic to it. The most common are allergies to nuts, shellfish, eggs, wheat, chocolate, and of course dairy (an estimated 65% of the world's population is lactose intolerant). No one is losing sleep over these diagnoses. In fact, most people are happy and relieved to finally find out what's been making them feel so horrible.

I'd like to invite you to take this same "deal with it" attitude and extend it towards all the modern foods that make us sick and fat. Look at this offering from the The Cheesecake Factory. 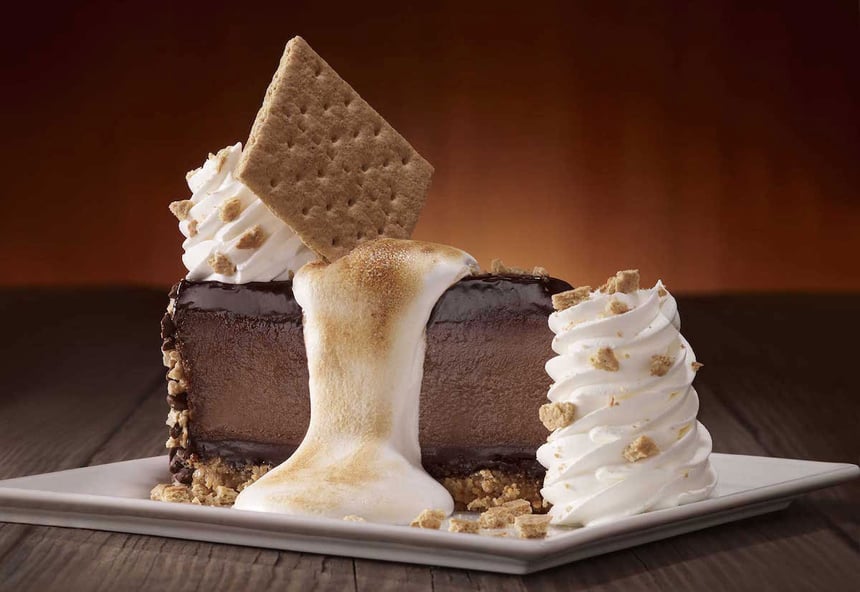 This is the Toasted Marshmallow S'mores Galore Cheesecake. One slice has 1,576 calories. This is not a food that your body can handle. Eating this will make you fat and sick. It might not be as sudden as an allergic reaction, but the damage to your system is just as real.

This is Outback Steakhouses Bloomin' Onion. 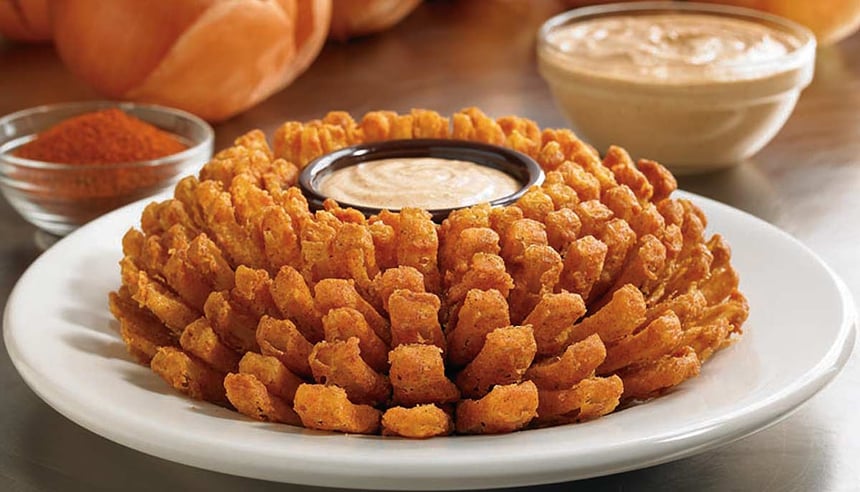 There are 1,948 calories in this dish. Even if you're splitting it with four people, you're eating as many calories as a full meal with this appetizer. The Bloomin' Onion will make you fat and sick. It's just not a food that's fit for human consumption.

This is a Starbucks White Chocolate Mocha. 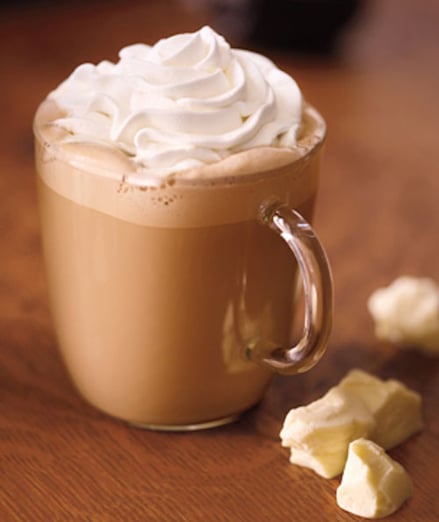 At the "grande" size this packs in 470 liquid calories. You'd need to skip an entire meal to fit this into your daily caloric intake. I doubt anyone skips dinner because they had a mocha that afternoon. Which means those calories end up making you fat and sick.

If you want to be at a healthy body fat percentage, these kinds of highly processed, calorically dense foods are off the menu. Not just for a few weeks of a health-kick, but forever. You should never eat them again.

Just like those people bitten by the lone-star tick, we find ourselves in a situation where the foods we like will make us look and feel terrible. Are you going to spend your days longing for these lost foods? Are you going to complain how unfair it all is? Or are you going to suck it up and get on with it?

Anyone with a food allergy will tell you it's not a big deal. You watch out for the foods that give you problems, and you enjoy the other 98% of foods that are perfectly tasty and satisfying. Sure, it sucks that you can't eat every single thing you want, but when the alternative is feeling like crap it's not that difficult a decision. Once you see things like this, resisting the temptation becomes second nature.

It's simple. Your body is essentially allergic to modern, high calorie, processed food. The allergy isn't expressed in rashes and fever, it shows itself in expanding waistlines, moodiness, and dissatisfaction with your body. You've got to cut out the foods that cause these symptoms. Accept that and get on with your life!