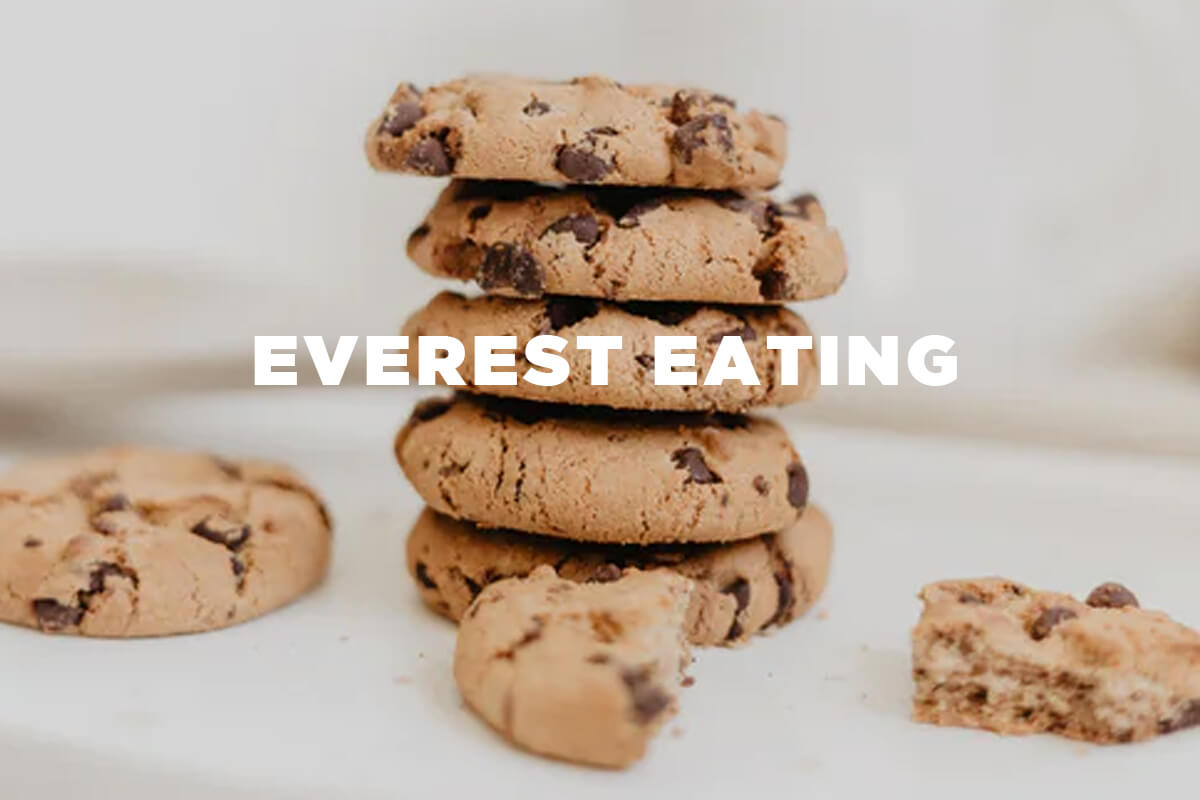 A few weeks ago I gave my daughter these wheat biscuit things with a creme center for snack-time. Kind of a rectangular wheat oreo cookie. And of course, she took apart the biscuit and licked all the creme off, leaving the slabs of cracker in an over-turned colander on the counter. I passed this sad display several times in the next half hour, and each time a part of me wanted to go ahead and eat those leftover biscuits. Like a tickling in the back of the brain. "Eat them. Go on, eat them. Why don't you eat them? Eat them!"

Now let's think this through. These biscuits are not good. A two-year old wouldn't eat them. What's more, said two-year old has slimed the biscuit top to bottom with a tongue that should probably be considered a biohazard. And yet some part of me felt compelled to eat them. You've probably experienced something like this yourself. Cold pizza, a dusty bowl of nuts, a stale piece of bread at the end of the loaf, an open bag of sweets, a half-drunk bottle of soda, leftovers from Chinese takeout, it doesn't seem to matter much, if it's there on the counter or shelf, it has a high likelihood of ending up in our stomachs.

This is what I call Everest Eating.

A reporter once asked the explorer George Mallory why he continued his pursuit to summit Mt. Everest year after year. His famous response was, "Because it's there."

This is the exact same reason we eat these kind of gross things lying around the house. Why for the love of god did you eat that last desiccated doughnut stuck to the bottom of the box!? "Uh...well... because it was there."

There's a deep biological reason we fall for Everest Eating. Our hunter-gatherer ancestors were constantly on the lookout for food. A handful of berries here, some bushmeat there, survival depended on eating anytime the chance presented itself. In a world where food is uncertain, it would be completely rational to scarf down those slimy biscuit pieces on the counter.

However, in a world of bountiful food, these furtive snacks can add hundreds of phantom calories into your diet. We eat them without thinking and are surprised at the end of the month when we're fatter even though we've been "eating right." Eating right but snacking wrong will get you every time.

So here are three countermeasures to give you a fighting chance against Everest Eating.

Eating right but snacking wrong will get you every time.

So here are three countermeasures to give you a fighting chance against Everest Eating. 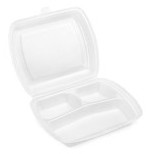 This is an easy one. Just remove all these snack-type foods from your home. That's it. The pull of Everest Eating is the accessibility and ease of consuming the food. Most of us don't drop everything with the sudden desire to make homemade pretzels. But leave a bag of pretzels on the counter and they'll be gone in minutes. If you take away easy-to-eat stuff, you won't eat as much. Simple as that.

This also has the advantage of clarifying how bad you really want to eat something. If you're willing to do some cooking or go to a store to get the snack you're after, that must mean you really want it, and it's probably ok. 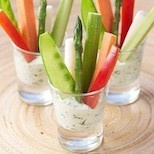 Technique 2 : Eat this not that

Replace the unhelpful snack foods with healthy ones. The bowl of salted nuts changes for a bowl of baby carrots. The half-eaten bag of potato chips becomes a half eaten apple. The soda becomes herbal tea. Surrounding yourself with these kind of foods will turn Everest Eating into a diet booster. If you eat healthy food frequently throughout the day, you'll feel less hungry, less moody, and more energetic. But you have to be proactive. If you tell yourself "I'll just cut up some vegetable sticks when I get hungry" it'll never happen. You have to actually go ahead and cut up the vegetables and leave them out on the counter. This leverages our tendency for Everest Eating towards something positive. Here are some that we do around our house.

Carrot, daikon, celery and cucumber sticks (with a side of miso or yogurt dip if you need some more flavor).

Hard boiled egg whites with cottage cheese in the hollow.

Apple slices in lemon water. (The lemon water keeps the apple from browning)

Cut fruit with toothpicks. (The toothpicks make the fruit much more irresistible for some reason)

A jug of iced herbal tea.

Have some killer healthy snack ideas yourself? Leave them in the comments! 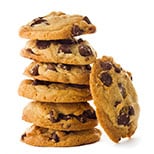 This is some ninja level stuff. Surround yourself with as many unhealthy, fattening foods as you can, and simply don't eat them. Buy a bag of delicious cookies, open it, give one to a friend, and then just leave the bag there. Pass it everyday, think how easy and tasty those cookies would be to eat, but don't eat them. Why not? Because that's not the kind of stuff you eat anymore.

This technique is especially useful if you live with other people, but will obviously take a lot of mental strength. Anyone can resist the first 3 or 4 times, but only the truly strong can let an entire bag of cookies be eaten or go stale without having a single one. Give it a try. Make yourself proud!

Ultimately this final technique will be the most helpful, because the second you step out the door you are in a world of Everest Eating. Every news-stand, checkout counter, bakery and cafe will have dozens of scrumptious snacks there for the taking. Moving through this glut of snack food serenely and without attachment is the mark of someone with a mature and balanced relationship with food. This doesn't imply that you'll become immune to the desire for unhealthy snacks. This ninja level simply means that you hear the cravings and urges, but recognize them as passing and meaningless feelings, not things you have to act on.

Try these three techniques to get a handle on your Everest Eating. Every day you try to eat right, these little mountains will present themselves to you. Gear up, find a climbing partner, and take on the challenge!