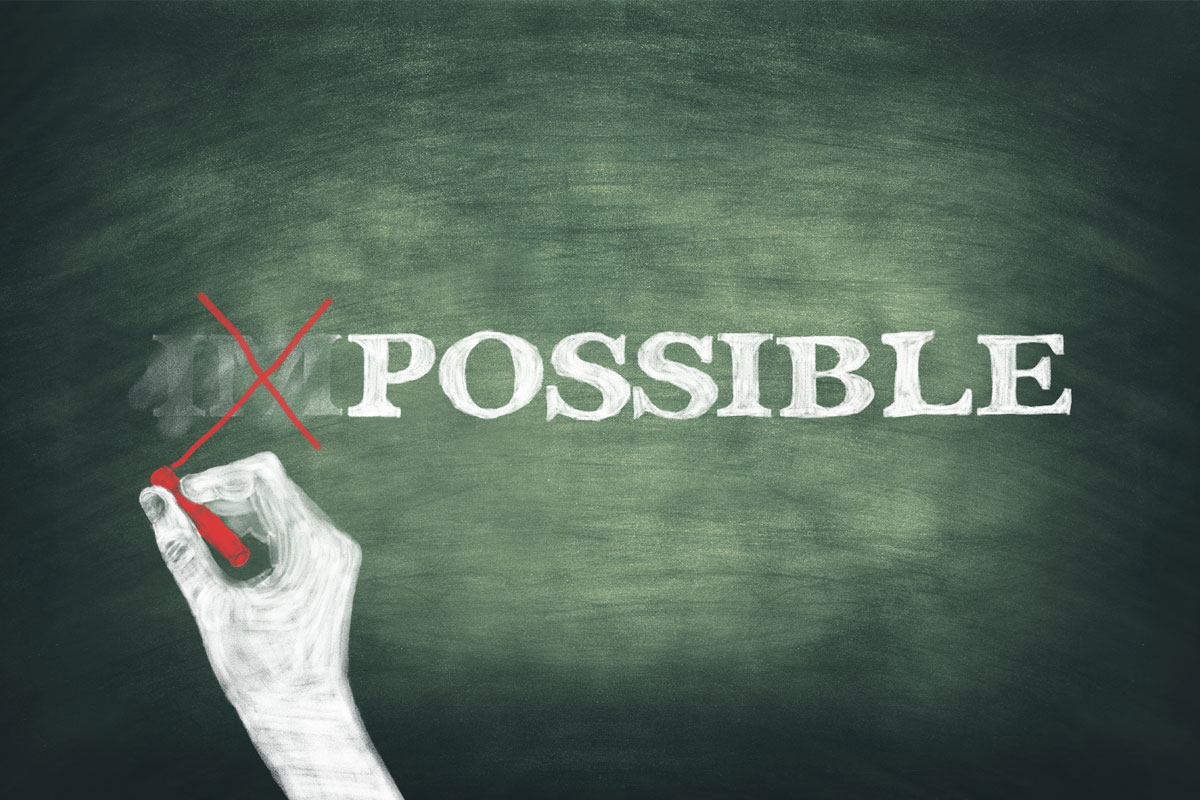 Every week I interact with dozens of people who have questions about their health and fitness. The majority of them, after hearing the inconvenient truth about having to cut unhelpful foods, eating more fruits and vegetables, and spending time each day working out, will sigh, shake their heads, and trot out one of the:

TOP TEN EXCUSES FOR NOT GETTING IN SHAPE! 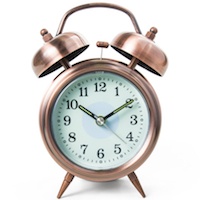 Easily the most often heard excuse, this one casts the speaker in the role of the victim. He or she wants to be healthier, but the world has laid so many responsibilities on their shoulders that it's simply impossible to find any time to do anything about it. But here's the truth. Saying "I don't have enough time" is just another way of saying "I'd rather spend my time doing something else." I much prefer this formulation, as it means you're taking control of your choices, whatever they may be. It would be so refreshing to hear someone say, "I want to get in shape, but I'd rather spend my time on getting ahead in my career." At least that's honest, and it makes it clear that when you put long hours in at the office you're doing it at the expense of your fitness level. There's nothing wrong with making a choice! Focusing on your job, your family, your reality TV watching, or whatever, is fine. Just don't act like you have no say in how you spend your time. 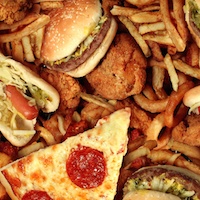 Insert the food or drink of your choice here. Frappacinos, beer, chocolate, pretzels, onion rings, ranch dressing, whatever. This one is always kind of sad to me. You're a vibrant, dynamic, powerful individual. And all your ambition and drive is going to be thwarted by a dumb food? It's just food. Let me tell you the truth. I've lived in a lot of countries, and in each place there's always been a shortage of some kind of food I like. In one place, peanut butter was non-existent. In another, cheese was unheard of. And you know what? You move on. When you don't "feed" an eating habit, it withers and dies. So, if you give up french fries, it's not as if you're going to wake up in a cold sweat craving french fries for the rest of your life. In a week or two you won't even think about french fries, because your body has moved on from that particular hang up. So giving up your favorite food is an issue for about 2 weeks. And then it's suddenly not an issue anymore. You get over it.

3. "So I couldn't go out with my friends anymore?" 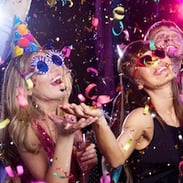 Getting in shape doesn't mean you become a hermit! If anything, you'll have more energy for going out than before. But usually the heart of this excuse is really "I can't go out and get wasted with my friends anymore." That is true. But if you're seriously considering becoming healthier, you need to think about the fact that your socializing is centered around intoxicants that damage your body and trip up your fitness goals. There are a small number of people who party hard and have the wherewithal to wake up early the next day and hit the gym. But if you're making this excuse, you are not one of them. 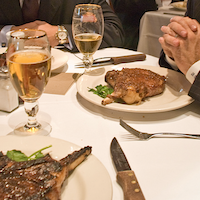 Again, this is an "I'm the victim of circumstance" excuse, and completely bogus. Do you really think you're going to lose business opportunities by showing you are a disciplined and motivated person who's taking your training seriously? Let's imagine you're at a business lunch and have been offered a drink or fattening food. You politely decline, saying "It looks great, but I'm getting in shape right now, so I'm going to pass today." Chances are you'll strike up a great conversation, because everyone is interested in being healthier, and you obviously know what you're doing. If you're really going to lose a sale or client because you don't want to put crap in your body, then maybe it's time to reconsider who you're doing business with. 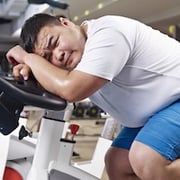 What you really mean is that you hate working out as a huffing, winded, overweight klutz. And who wouldn't hate that? Nobody likes to suck at something. And when you start getting in shape, you will suck. But it's only a very short window where you have to suffer like this. Just keep going a few weeks, and you'll become a skilled exerciser. And that's when things get fun. But not even starting because you don't want to go through that sucky part is like saying, "I want to visit New York, but I hate driving through New Jersey, so let's skip the whole trip." 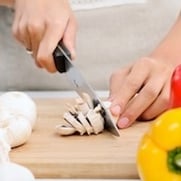 Do you realize we're living in the matrix? You know how when the characters in that movie needed to fly a helicopter, and they'd just download the "know-how" into their brains? We live in that world right now. It's called YouTube. Search for any meal you can think of, and someone has made a video with all the ingredients and step by step visual instruction. And below the video will be hundreds of people asking questions, giving answers, and providing extra tips. A few weeks ago I got a craving for Indian samosas. My wife punched up a video on YouTube, and within the hour we had fresh home-made samosas. She had never even heard of a samosa before this. And they were awesome. Better than the samosas my Indian friend's mom used to make. If you can't figure out how to prepare a meal in this day and age, then your problem isn't that you can't cook, it's that you're lazy. And that's ok. But at least come out and say it!

7. "Fresh fruits and vegetables are too expensive." 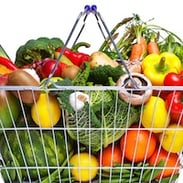 If you start eating well, it's true, you will see your grocery bill rise. But this is more than offset by your cutting of restaurant checks, bar tabs, and all those little micropayments you make buying sodas and snacks from vending machines and convenience stores. There are a dozen areas of your life you can cut costs. Food doesn't need to be one of them. And even if it turns out that you are spending more money than before, realize you're spending it on the only investment that really matters, your life expectancy! I know people who buy premium gasoline to keep their cars running smoothly, but consider premium foods for their bodies an extravagance. Don't be crazy. If you have enough money to be reading this Kenzai post on a computer with an internet connection, then you have enough money to buy real food.

8. "But I don't want to bulk up like those bodybuilder types." 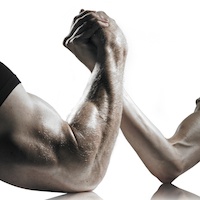 This one almost makes me laugh out loud. Do you seriously think you're going to do some push-ups and sit-ups, and wake up the next day looking like a Muscle and Fitness centerfold? To get in that condition requires years of specialized training for hours a day (and we won't even get into the unsavory dietary and drug supplements required to look like that). Changing your body is a slow and steady process. And even if you did feel you were getting bulky in a particular area, it's not as if you can't modify your training to lean out that area. But to not even start because you're worried about getting bulky is like not going ice skating at the local rink because you don't want to accidentally become so good you have to go to Korea for the 2018 Winter Olympics. -

9. "The problem is I don't belong to a gym and my house is too small." 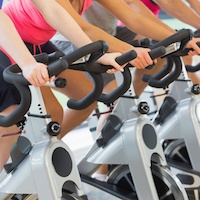 First of all, you know our opinion on gyms. They are often expensive, unnecessary, and often counterproductive. Second, there's this awesome thing called "the outside" that people used to go to before the internet. Your average playground, for example, will have all the equipment you could ever need. Now I hear the chorus of follow-up excuses already. "But it's cold where I live," "But there's no playground near me," "I don't have time for that!" Look, we all have space and time constraints. Work with what you've got. Maybe it's your parking garage, maybe it's the guestroom you need to clean out. Maybe it's your roof! If you're waiting for when you live in a 8000 square foot house with a fitness room to start getting in shape, you're going to be waiting a long time. 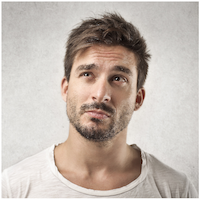 You are staring at the world repository of human knowledge. And it's instantly searchable. Everything you need to know is on the net. Now I know there's a lot of crap information out there, so be discerning. Anything that promises you fast results or is trying to sell you a product is not what you need. Here's a good tip. If the advice you're reading is boring and consists mostly of common sense, then you're on the right track. It doesn't really matter what plan you choose, as long as you choose a plan, and not a gimmick. The human body is remarkably similar from person to person. You are not a special case. Eating right and exercising will make you look and feel better. This is not a matter of wishing, it's just physics.

And if you really want someone to help you out through each stage in the process of reclaiming your body, then click that "sign-up" button on the front page and we'll get the ball rolling. But be warned, your excuses won't carry much weight with us!