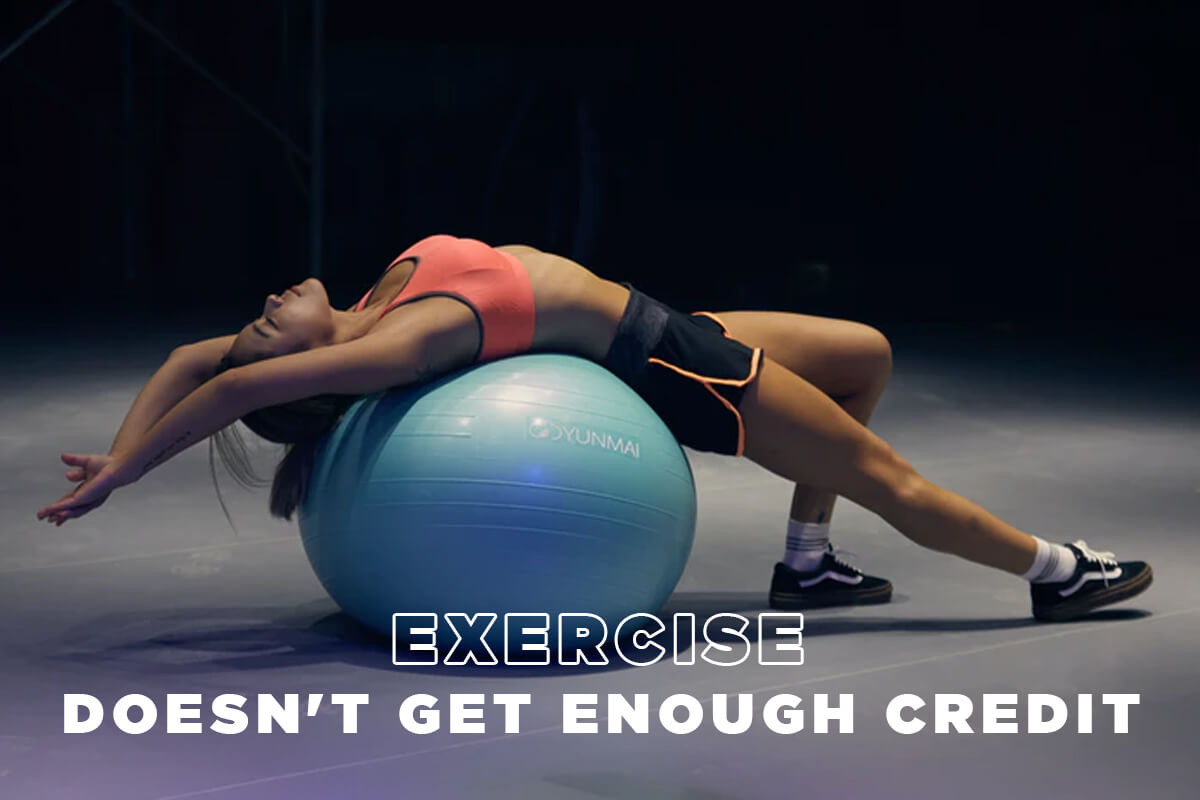 The irony of my work at Kenzai is that I'm often in the position of having to bad-mouth the power of exercise. This is because most beginning trainees overvalue exercise's ability to transform the body, and undervalue the nutrition aspect. As you've had drilled into your head a hundred times, the correct impact ratio is 80% diet - 20% exercise.

The fitness industry drives this misperception home with constant advertisements of workout plans, gyms, exercise equipment, and fitness trackers, and woefully little information on what real nutrition looks like.

In this context, we spend a lot of time saying, "Exercise is important, BUT..." and spending the next few minutes showing how no amount of exercise can compete with a poor diet.

I've been thinking recently that it might be time to let the pendulum swing the other way for a bit.

Exercise IS important, and in some ways it's more powerful than nutrition. I'll give you an example from my own life.

In the last few months I've had a heavy (but welcome) workload. Looking at everything that needed to be done, I decided to essentially take a month off of structured exercise. I continued to eat well, but didn't do anything physical beyond walks around the neighborhood and some swimming.

After a month of this I was feeling really ground down, and decided to make the next month more active despite the continued workload. Each day I squeezed in a run, swim, jump rope, and three times a week hit a muscle-building workout.

Throughout both months my diet was good. But when I added the exercise I noticed something interesting. It was more than the expected physiological effect of better energy and mood. When I was exercising I tended to just want to do more things.

For example, an email came from my daughter's music school asking if any parents wanted to get together for an adult rock band session. In my non-exercise month this wouldn't even have registered as a possibility. "I'm too busy. I'm not a good enough player. That's not the kind of thing I do." But in the exercise month my mind went directly to, "That sounds fun, why not?" and I signed up.

A few days later a fundraising letter came from the volunteer fire department asking for a donation, and at the bottom a small line of text saying they were always interested in new volunteers with a phone number. I thought "Why not" and called it. (It turns out I truly am too busy to take that on, but I met some great people and learned a lot!)

I kept seeing this pattern again and again. After getting exercise back in my daily mix, my mind was more open and ready to see possibilities. I cleaned a shed that had been messy for over a year. I finished some drawings that I had abandoned halfway through. I thought up better ideas for games to play with my daughter. And of course I had better, more creative solutions for the problems that came up during work. And none of this had to do with my diet, which hadn't changed!

How does exercise accomplish this? Of course there are a ton of hormonal and metabolic things happening under the surface, but I think the biggest reason is that daily exercise conditions you to be a person of action. Each day you have the chance to sit around and be passive, but you don't take that option. You actively embrace activity, motion, and change. The mind is a pattern seeking, pattern adhering machine, and when it's in a pattern of openness towards doing stuff, it tends to want to do more stuff.

This is incalculably valuable for a full, fulfilling life, and exercise easily beats nutrition for this effect. So while it may be true that getting trim is an 80/20 diet to exercise ratio, for a rewarding life, I'd say the ratio is tipped towards exercise's favor.

If your exercise is on point and you're living the life of a person of action, keep it up! You might not love having to spend time each day exercising (I certainly don't) but the alternative, to be a person of sloth, is far worse. And if exercise has slipped out of your list of top priorities, trust me when I say, you don't know what you're missing. I mean that literally, opportunities and possibilities are whizzing by you every day and you're just not seeing them because your mind is used to turning inward instead of outwards.

The good news is that the solution is as simple as throwing on some shoes and breaking a sweat!