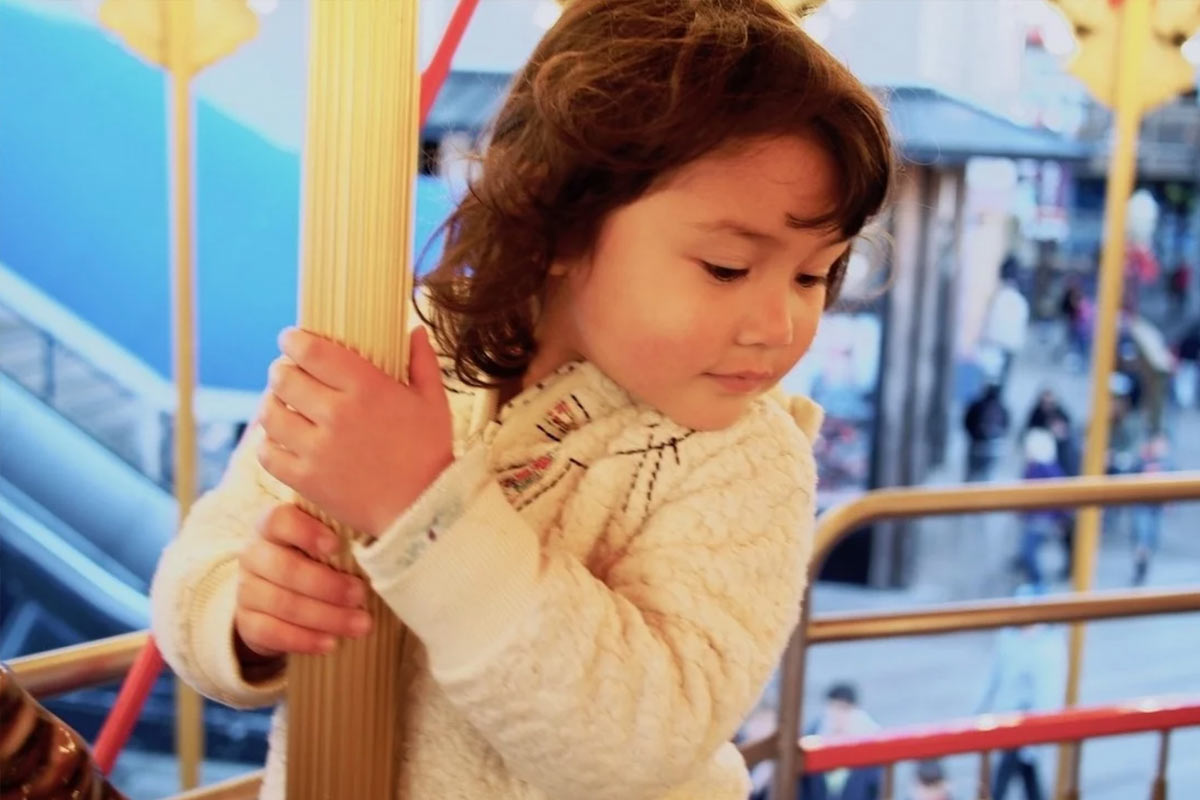 This is Juri. She's my kid. She's pretty cool. Here she is enjoying the redwoods of northern California.

Have you ever watched something being 3D printed? An extruder builds intricate layer after layer until after several hours you start to see a shape reveal itself. It's at once mesmerizing and mundane.

Watching your child grow up is very much the same feeling. Day after day you watch this new human build herself from the ground up. Bones and muscles grow larger and stronger, and from the purity of an infant's mind a personality finds its form before your eyes. You get to see a human life start from a naked core and extrude itself into an unimaginably complex sentient being.

Every year I observe my daughter's development and think about what we adults can learn from these simpler versions of ourselves. Here are some of the health and fitness lessons I gleaned from watching Juri navigate her way through her fourth year of life!

I've remarked in past installments of this series how a young child will only eat when she's hungry, and will happily leave food on the plate. This stems from the young child eating purely from hunger, and having the ability to listen to their body and know when they've had enough. As Juri transitioned from being a toddler to a little girl, I could see month by month how she was losing this innate connection.

For the first time she began asking for food when I knew she wasn't really hungry. This was ALWAYS in the context of watching visual media. She'd start watching a show for a few minutes on the sofa and soon enough be requesting a snack.

The funny thing is, in these instances Juri says "Dad, I'm hungry!" I just watched this kid eat three bowls of rice at the dinner table, her belly is poking out from her My Little Pony shirt. She's not hungry. What her brain is really trying to do is add a multiplier to her pleasure centers. Watching TV is delightful, but when you combine it with a salty, sugary, fatty snack the dopamine release goes off the chart. It's sobering to see that even at this young age her brain is construing the hunger for contentment and pleasure with the real hunger of an empty stomach.

The takeaway for all of us is this; be extremely careful around the calories you consume while you're being entertained. I've never seen Juri overeat at the dinner table. It only happens when she's absorbed in a video. Seeing how profoundly this affects a four-year-old has made me adopt a "sparkling water only" rule when I'm watching a movie or TV show. Entertainment calories are the most elusive of phantom calories!

Parents like to think they're the dominant influences in their kids lives. But Juri's 4th year (and plenty of research) has shown me that a child's peers are much more impactful on their nascent personality than parents could ever be. It starts with small things. Your child comes home with a new turn of phrase that you'd never use. A few months ago Juri started dramatically saying "OH. MY. GOD!" That's not a phrase that would ever roll off my or Kazue's tongue. It is something one of her best friends from school likes to say.

But it's more than catchphrases. An influential friend will also impart their worldview on your child's mind. Depending on which kids Juri has been hanging out with, I notice her becoming by shades more materialistic (I want a new toy), more outdoorsy, (I want to walk by the ocean) more artistic, (I want to paint) or more into rough-housing (I want to have a pillow fight). If you think about it, this makes sense. Parents can only offer a steady default state; it's through peers that kids get to try on different versions of themselves to see what fits.

The big lesson here, for kids and adults, is to be choosy about the people you spend time with. The famous rule of thumb from businessman Jim Rohn was, "You are the average of the five people you spend the most time with." Make those smart, engaged, healthy people and you've won half the battle of becoming that way yourself. As a parent, you don't have very much influence on your kids, but you can exert some soft power around the types of kids who become their top 5 friends. Use this power judiciously.

Over the years of training people at Kenzai, I've seen quite a few trainees' efforts derailed by that one peer who actively undermined their efforts to improve their lives. If you have this kind of person in your life, rip off the band-aid and distance yourselves from them. Your health and happiness is more important than maintaining that relationship. Don't keep any stinkers in your top 5 relationships!

"Be choosy about the people you spend time with."

Boredom is the compost of interesting things

In the 21st century there are a hell of a lot of things for a kid to do. Juri can occupy herself with high-quality toys of both physical and digital varieties. She could, if we let her, watch 16 hours of entertainment all day every day and never see the same thing twice. I remember the thrill of waking up on the weekend and knowing I could watch a few hours of Saturday morning cartoons when I was a kid. For a modern child, every day might as well be Saturday morning.

And yet, no matter how cool the toys, no matter how flashy the 3D animated series, Juri started expressing real boredom in her fourth year of life. When this happens I can feel an impulse to provide her with some new type of diversion. 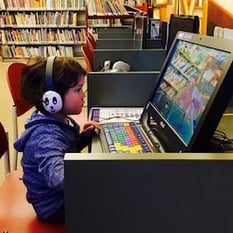 "Let's look at this dinosaur book!"

"Want to help me make dinner? You can chop!"

This is all well and good. Juri's a good sport, and we had a lot of fun hanging out this year. But I noticed that when I didn't immediately step in and give her something to do, she would wrestle with her boredom for a few minutes and eventually come up with something that was far more creative and inspired than the "on the rails" activities I provided. This is when she'd take an old cereal box and make a remote control for an imaginary robot. Or create an obstacle course in the living room. Or use her toys to create a detailed story with a narrative arc and subtle characterization in the backyard. 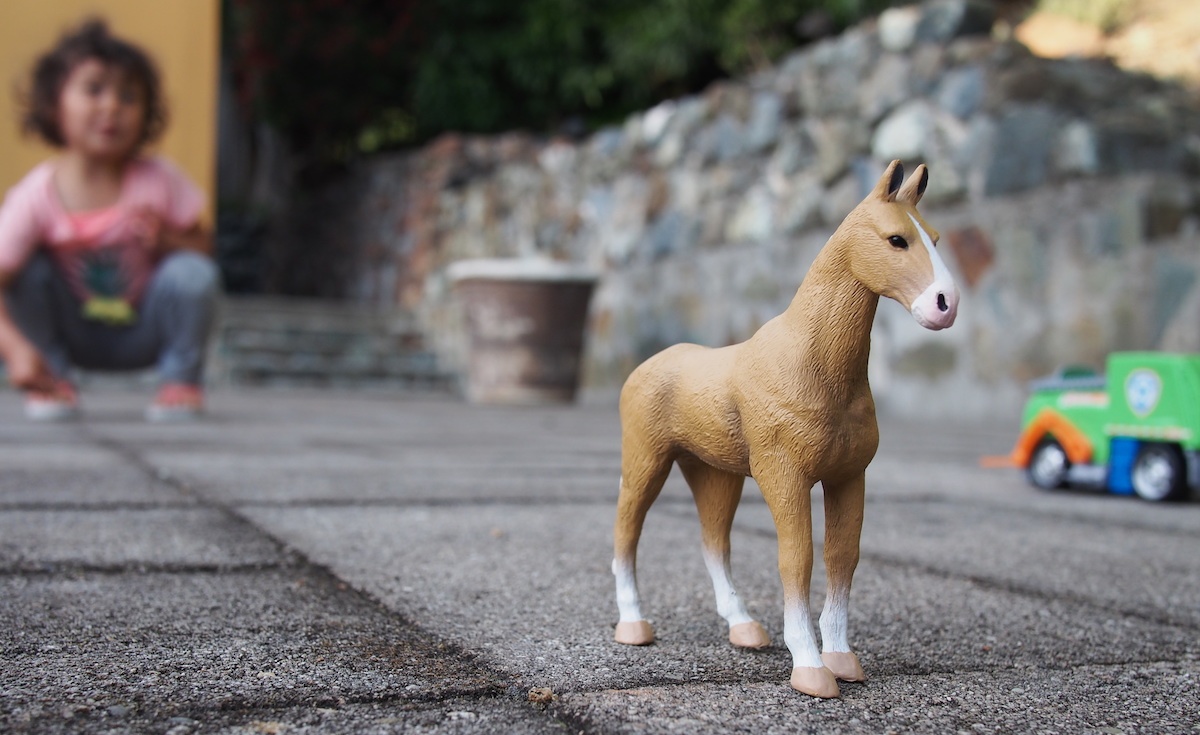 There's a huge difference between working your way through a pre-canned activity and making something new out on the wide plains of unstructured play. If you want to do something truly new, you need to allow some room in your life for boredom. This is extremely challenging when your phone or computer is always close at hand, and acts as a faucet of unending distraction just waiting for you to turn it on.

If you endlessly plant, plow, and harvest a field, over time the soil loses nutrients and you get poorer yields. Soon you won't be able to grow anything at all. You have to let the field lie fallow sometimes. The mind is the same. I now feel like it's my duty as a parent to let Juri feel bored a few times a week. Something fun and deeply satisfying comes out of it every time. And if I'm willing to do that service for her, why won't I do it for myself? The entire Kenzai enterprise, after all, sprang from one boring year in my life when I was casting about looking for something to do.

Give yourself the time and space to be bored. Boredom is the first step to exciting things!

That's just a small sample of the enormous number of things Juri taught me this year. The difference between a child on her 4th birthday and her 5th birthday is shocking. I'm floored by the young brain's ability to find order and patterns in the complexity of life, and to start to riff on those patterns with ease. If you ever feel stuck in a rut, or trapped by your choices, remember that inside your skull is the most creative machine the known universe has ever produced. Use it.

Take inspiration from the kids in your life who are 100% engaged in creating their realities from scratch, and do some of that life-building for yourself!