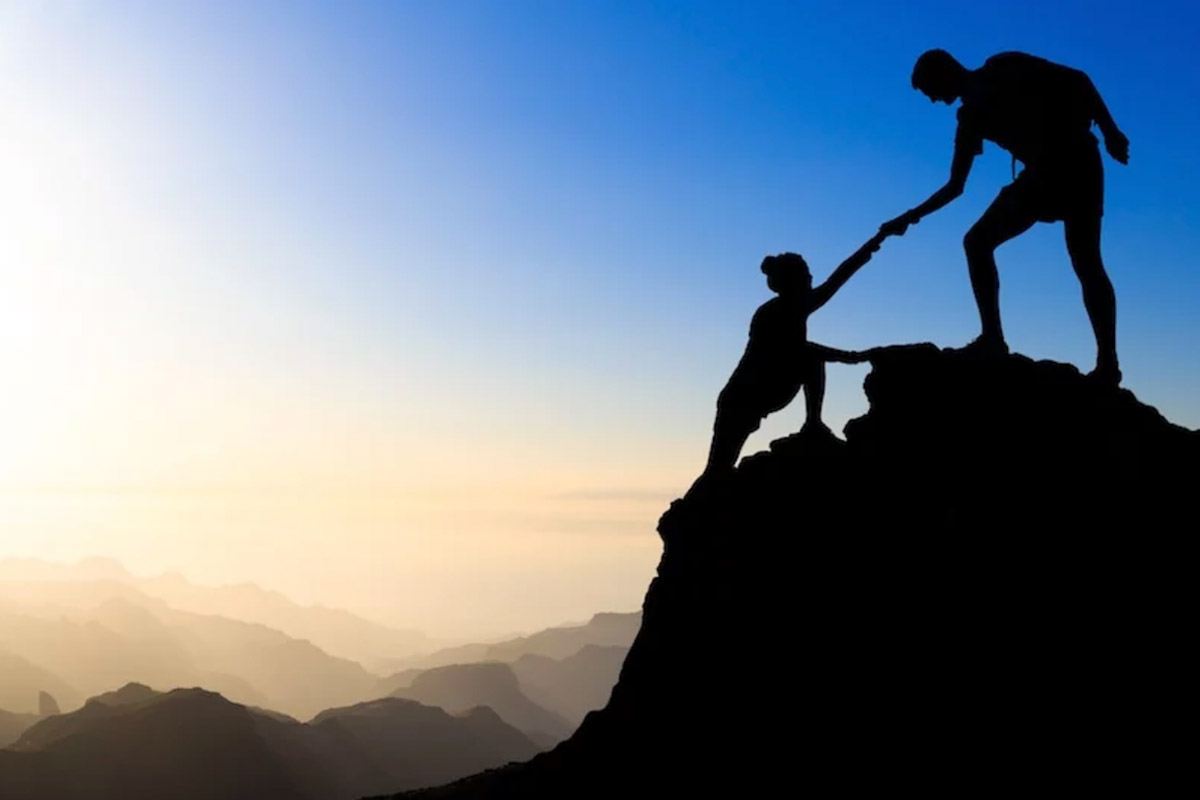 There's always been a soft spot in my heart for the Pulp album This is Hardcore. That record came out when I was in boarding school in England and it got a lot of airtime on my little dorm boombox, back in the days before mp3s and music streaming, when you got a CD and listened it to death because you weren't getting any new music for another 3 months. My favorite track on that album is and was "Help the Aged." Here it is for your listening pleasure!

This song has always struck me as an imminently kind, humane, and mindful piece of work. There's no snark or irony, it really is just a 4 minute pop-song about being nice to old people, understanding that they were once young like you, and that one day you'll be old like them. The song kind of softens you up, makes you more open to the flow of life in a way that's hard to explain.

Now, take that same thoughtful state of mind, and substitute the word "newbies" for aged.

Help the newbies. One time you were just like them.

If people could just keep this simple phrase in mind the world would be a healthier, happier place!

There's this nasty streak in the human psyche that revels in knowing more about something than someone else. The internet is a fabulous place to see this on display. Let's say a video goes viral and you see it on Monday. On Friday of that week your friend says, "Check out this video someone sent me!" You roll your eyes and with exasperation say, "Oh, that? Yeah, I've seen it."

You've known about this dumb cat video a whole 4 days longer than your friend. And yet the human mind relishes even these tiny one-upsmanships. Are we so insecure that we'll puff up our sense of self over such minuscule things?

This hostility to newbies becomes especially toxic when it comes to fitness. Staying fit and strong in the modern world is kind of tricky. You need some basic knowledge of what to eat and how to exercise, and this knowledge isn't always intuitive. People understandably have a sense of pride and accomplishment when they master these basics.

Because everyone is at some point interested in their health, the fitness world has a steady stream of novices filtering into the system, especially around the new year and summertime beach season. Go to a gym in the first week of January and you'll see the place is packed. The newbies who have just been suckered into buying a year's membership are wandering around looking confused, trying to figure out how the machines and weights work, while the veterans stalk around in the background glaring and complaining about how crowded it's suddenly gotten.

What a lost opportunity. Here in the same room we have a group of people who has valuable information, and another group that could directly benefit from that information. And the two groups barely communicate. The new people don't want to appear foolish by asking for help, and the veterans get the smug satisfaction of watching them flounder. Everyone is walking around in puffed up ego suits like the Michelin Man, unable to make real contact with each other.

I challenge you to break this chain of negativity. Help the fitness newbies. It can only make things better and here's why:

Everyone is walking around in puffed up ego suits like the Michelin Man, unable to make real contact with each other.

1. Safety. Teaching someone how to do an exercise correctly means less chance of injury for that person. Less hurt people walking around is a net benefit to society.

2. Supporting your sport. Whether it's a fitness center, a rock-climbing gym, or a weekend mountain bike club, being open and inviting to beginners will mean a lot of fresh energy coming into the system. Clubs that exclude new people become ossified, cynical places that are total bummers to be involved with. The more people that are excited and involved in your sport, the better it gets for you. More events and spaces open up, while gear and fees get cheaper.

3. Deepening your knowledge. The old saying is that you don't truly understand something until you try and teach it. Guiding a new person through the basics will reveal deeper aspects of your practice to you, the veteran. If you want to get even better, teaching someone is a great way to do it.

4. Improving your mental health. We're highly social animals. Reaching out and making a connection with someone, teaching them what you know and sharing your skills, it fills an ancient need we all have as members of the human race. It's hard not to feel a bit brighter and more optimistic after helping someone understand a new concept or movement. You're fulfilling your contract as a steward of knowledge!

5. You'll be a newbie again soon. Maybe you're the top dog in the weight-room, jogging trail, dance class, or surf line-up. But sooner or later you're going to be on the bottom of the totem-pole again. You get a new job, or move to a new neighborhood, or take up a new hobby, and suddenly you're the new person bumbling around. How do you want to be treated at that time? Helping beginners in your life creates a healthier general culture that encourages people to try new things. Be part of the solution.

So the next time you see a beginner hopelessly bungling something, play that Pulp song in your head and help the newbie. Don't be ostentatious about it, don't lord your superior knowledge over them. Just be cool. Here's how it should sound if you're doing it right:

"I haven't seen you around before, do you usually come on a different day? Oh you're new? That's awesome! Let me know if you need a hand with anything, it can be tricky at first."

That's the kind of conversation that will make the world a better place!