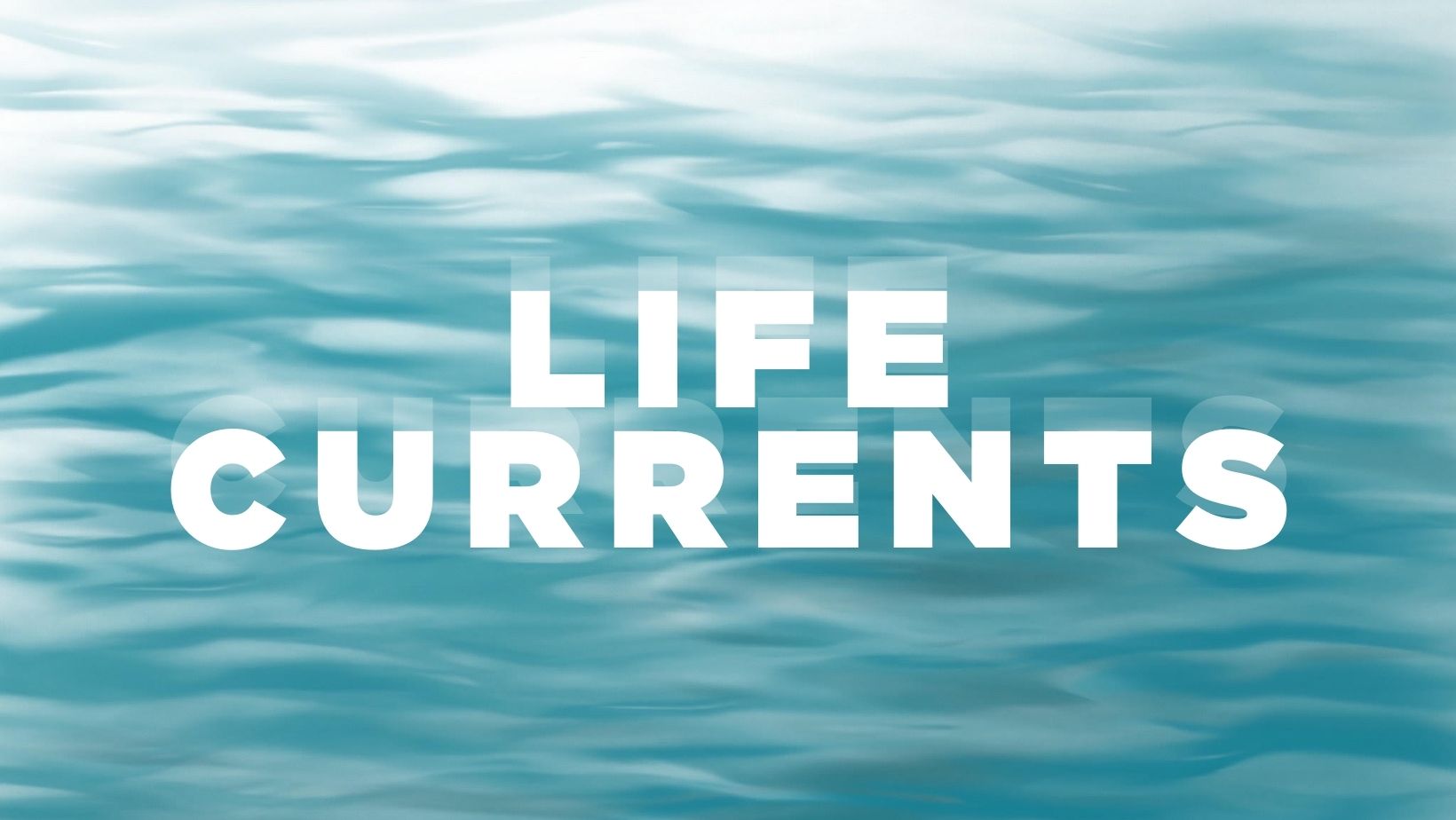 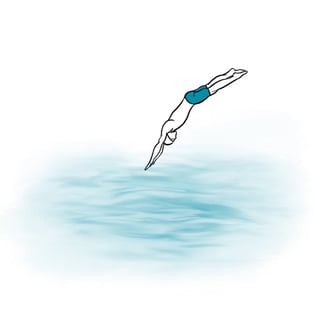 I like to swim, but I’ve never had much love for swimming laps in a pool. Going back and forth down a narrow pool lane feels stifling and mind-numbing. Ocean swimming, on the other hand, is my number one favorite cardio in the whole world.

The reason I like it so much is that you can swim TO something. Whenever I have the chance to swim in the ocean, I’ll find a spot in the distance and make that my target. Then I’ll just swim to it, no matter how long it takes. Having a goal makes swimming feel so much more fun.

I was recently on vacation with a perfect swimming beach. I woke up early, walked down to the water, and chose a rocky outcrop as my target point. 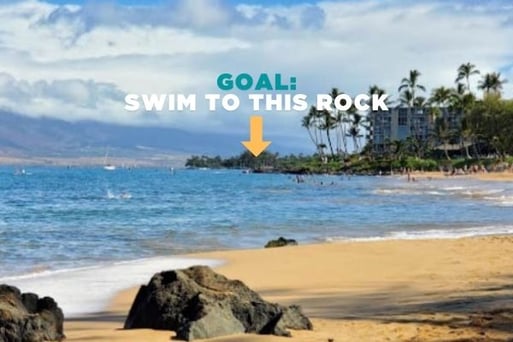 Due to the pandemic I haven’t swum in over a year. So I was worried that I’d get tired and need to bail on the swim early. I wasn’t optimistic about my chances.

I warmed up, hit the water, and started swimming towards the rock. It felt amazing. Warm, clear water, beautiful views, and every once in a while I passed over some coral and could watch fish going about their morning routines. And best of all I was swimming really well. I wasn’t getting tired, and each stroke smoothly pushed me through the water. All the cardio I’d done in preparation for this trip was paying off. In just 20 minutes I had arrived at the rocky goal, and was feeling on top of the world. After a minute to rest up, I started to head back for the return swim.

But something was different. As hard as I worked, I wasn’t getting anywhere. After a minute of swimming, I hadn’t moved a meter. That’s when I realized that, duh, on the out-trip I had been swimming with a strong current. That’s why it felt so fast and easy!

After another few minutes trying to make headway against the current, I was out of breath and starting to lose ground. So I paddled in and walked the return trip on the beach.

During that walk back I thought about how that tiny experience was a good example of how we live our lives. On my swim, I wasn’t aware of the current gently pushing me towards my goal. I just assumed I was a great swimmer. On the attempt to swim back it was made very clear to me that my success was as much a product of the slipstream I had stumbled in as my own skills.

This feeling was familiar. In work and home life I've sometimes noticed a task or goal that should be easy is turning out to be way harder than I expected. What should take an hour takes a day. What should be a few simple steps becomes a mess of side-projects. When you're in that situation, it's tempting to just paddle harder. "Fine, I'll work all weekend on it!" Brute force will get you through sometimes, but just as often you end up going nowhere, completely out of energy.

When you're in those moments, it's good to just stop and float for a while. Take note of the way the current is moving. Is this strategy really the best use of your resources? Is your target really the right goal given current conditions? Do you need to swim sideways for a while to get out of the current and into a better zone?

I remember back in the early days of Kenzai, when I was doing a lot of things by myself, I spent so much time and energy making the website look nice on a desktop. I had lots of features meant for a big screen, keyboard, and mouse. But when I checked the analytics I saw that 60% of people were visiting on a phone. Believe it or not, my first reaction was to try and convince people the experience was better on a desktop! This failed completely of course. People will do what they want to do, on the devices they want to use. I wasn't feeling the currents of culture and technology, I was just thrashing around and getting nowhere. Finally, I got with the flow and we started designing in a mobile-friendly way, and (surprise!) everything went much more smoothly.

When things are going well, remember it's not just you, it's the current you've found yourself in. Make the most of it! 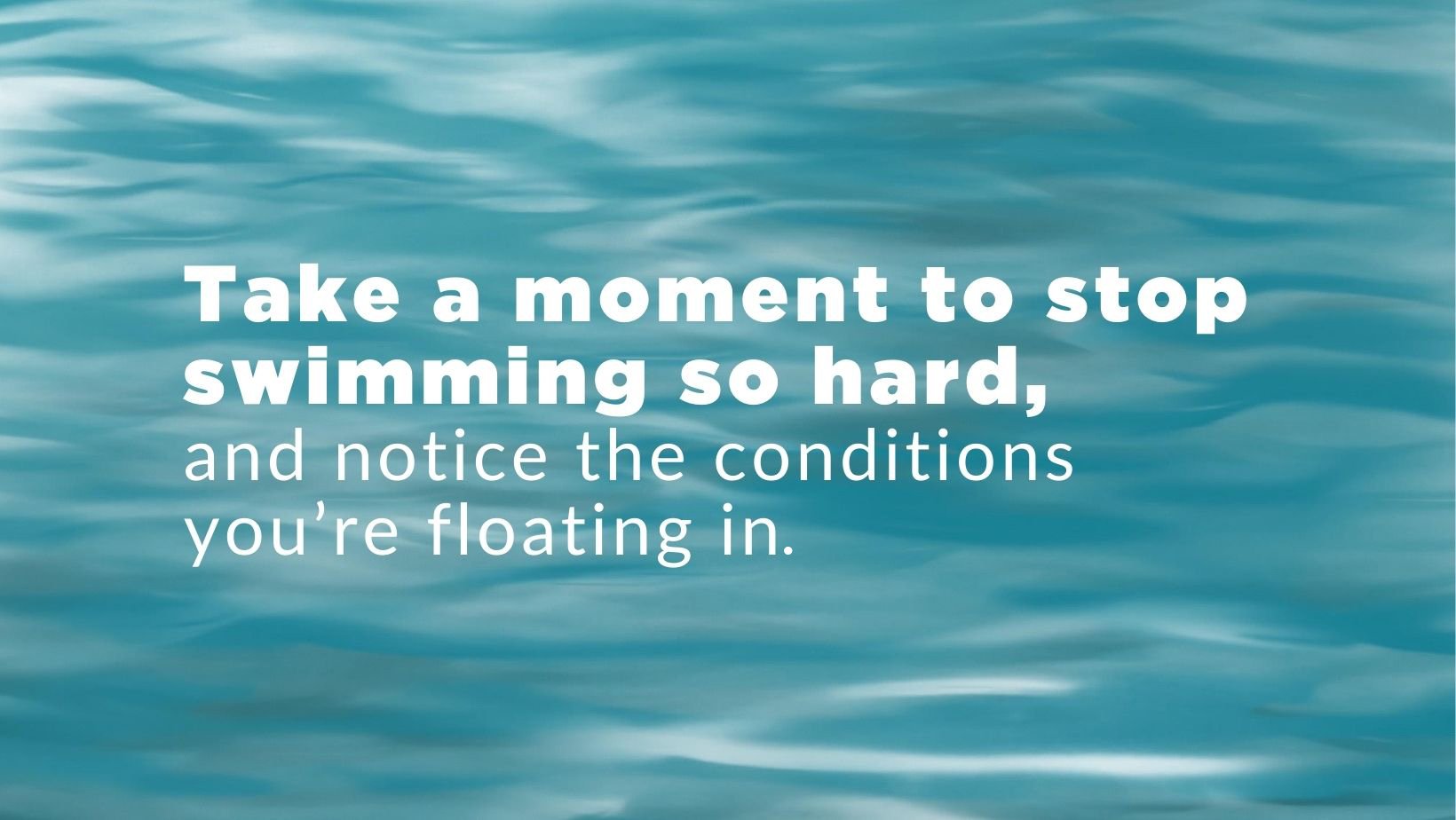 On the flipside, when times are tough, don’t just work harder. Take a moment to stop swimming so hard, and notice the conditions you're floating in. There’s often another solution which helps you get out of the trend and into a better flow. And sometimes you realize the goal you had was in the wrong direction entirely, given the way the currents are working.

Also keep this in mind when you look at the triumphs and tribulations of others. Dive a little deeper into anyone’s story and you’ll usually see that the way their life turned out was just as much about the currents they swam in rather than their own specific actions. Don’t overly idolize those who are having a lot of success, or look down on those who didn’t.

If I had started my swim going the other direction and totally failed, would that make me a lazy person, or a weak swimmer? No. It would just mean I had started off in a bad spot that day. In the same way, extend loving kindness to the people in your life who are having a tough go of it.

Respect the power of those currents and stay safe out there.