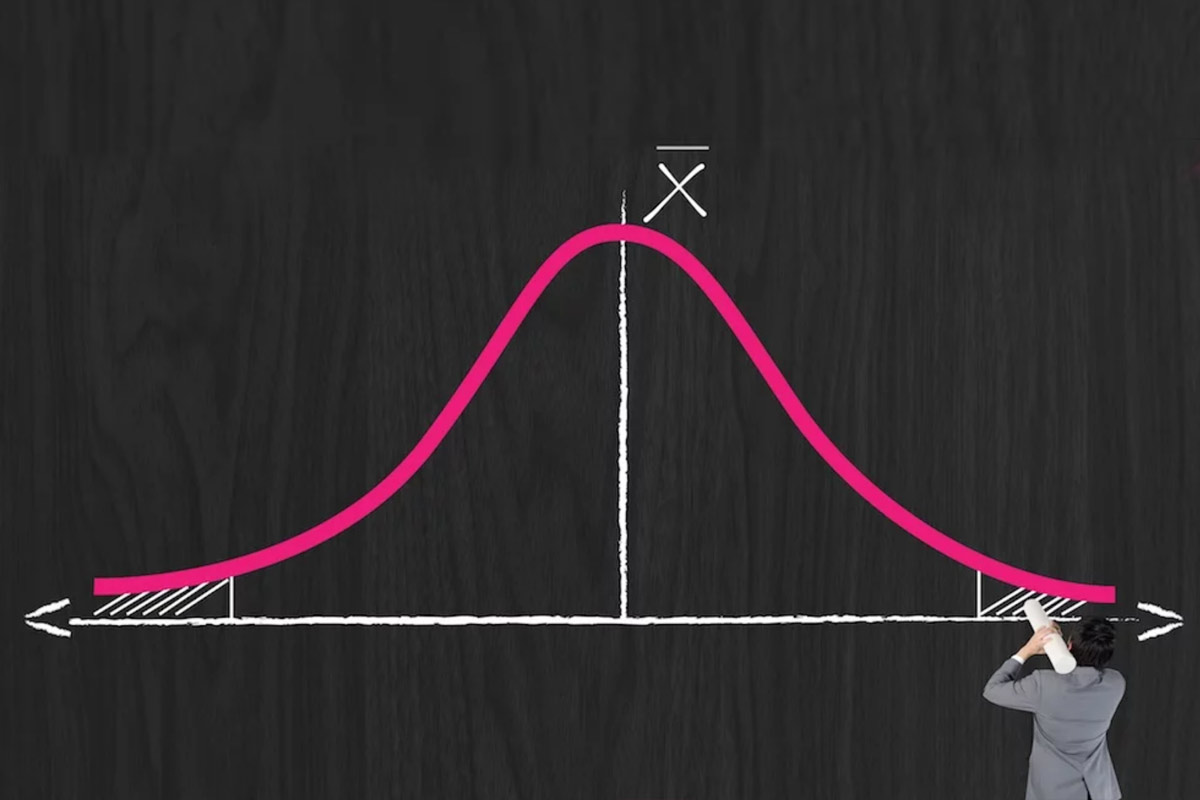 Living at the First Standard Deviation

Let's say you spend the weekend in your local park capturing pigeons and measuring their wingspans. After the police release you from your psychiatric evaluation, you eagerly rush home and look at the numbers. You will, without fail, get data that looks like this: 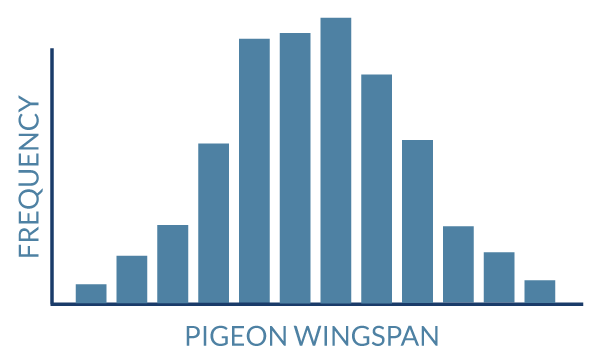 A small number of birds will have quite long wings, a small number will have unusually short wings, and most will fall somewhere in the middle. This would be true of any kind of bird in any kind of place. It would also betrue of any one feature of the birds. Measure the length of toucans' beaks or the height of cockatoos' crests, your data will always look the same. And the bigger your sample size, the smoother the line becomes, until you arrive at the following shape: 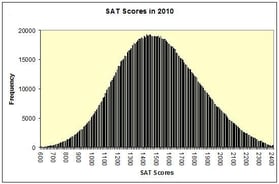 This is of course, the bell curve, what statisticians call "normal distribution", and when you peel back any natural phenomenon you'll find it waiting for you right there in the data. It doesn't matter if it's annual rainfall, erosion of sand dunes, weight of sea turtles, height of humans, or the outcome of standardized tests, the bell curve accurately describes their probability outcomes. One curve to rule them all!

If you want to do interesting things with a bell curve, you need to get into standard deviations. The math here is a bit tricky and not particularly important, but by taking the square of the variance in the bell curve you arrive at a set of discrete dividing lines which help you understand the data. Hang with me through this!

The absolute center of the bell curve is called the mean. When we check the numbers, we find that 68.2% of data points will fall within one standard deviation of the mean. 34.1% of your data will be greater than the mean, and 34.1% will be less than the mean. 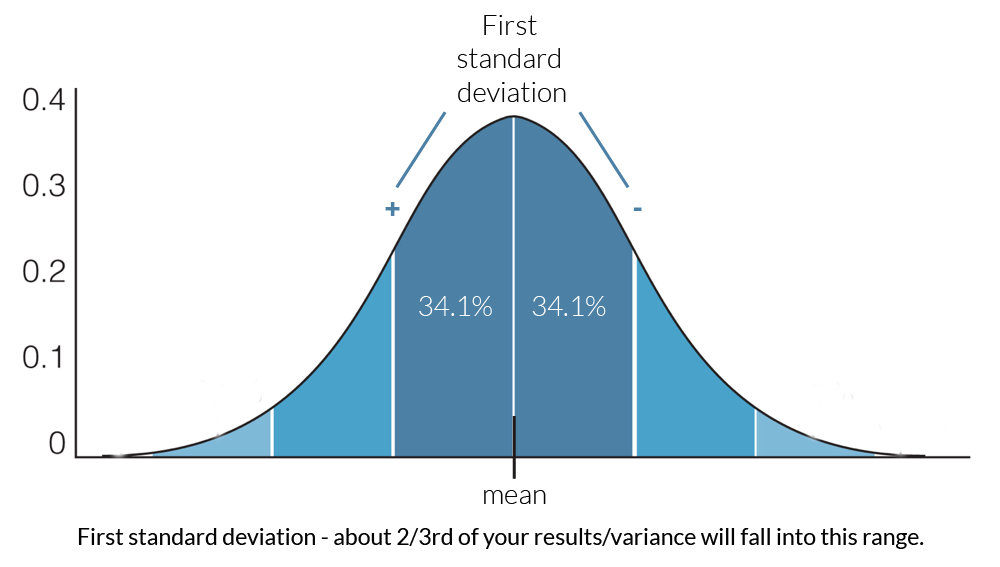 If you go out to the second deviation, you then pick up an additional 13.6% on either side, for a total of about 95% of all the data. 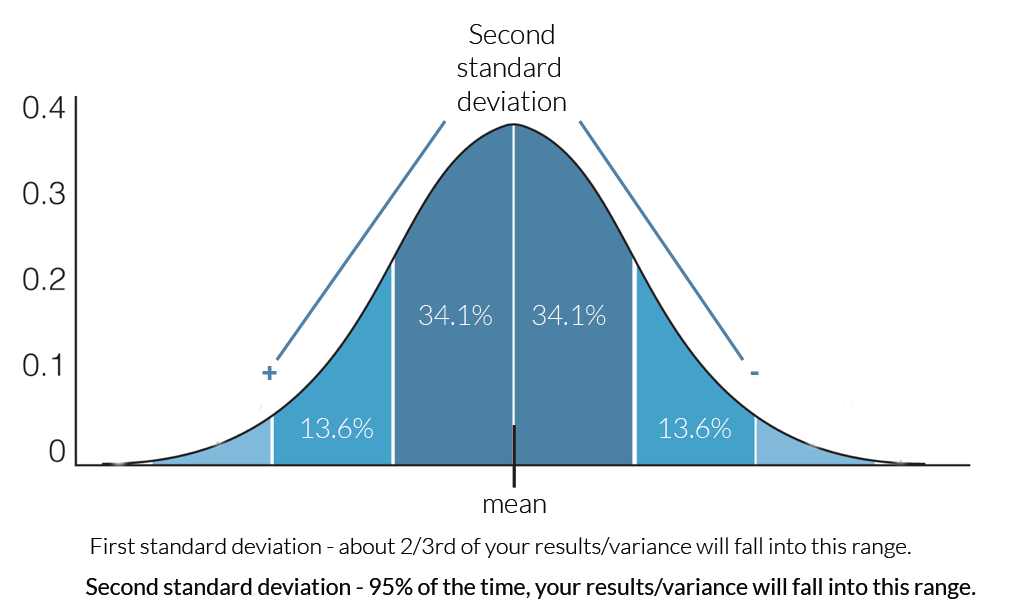 And if you go out to the third deviation, you'll find an additional 2.1% on either side, which will cover 99.7% of the data. 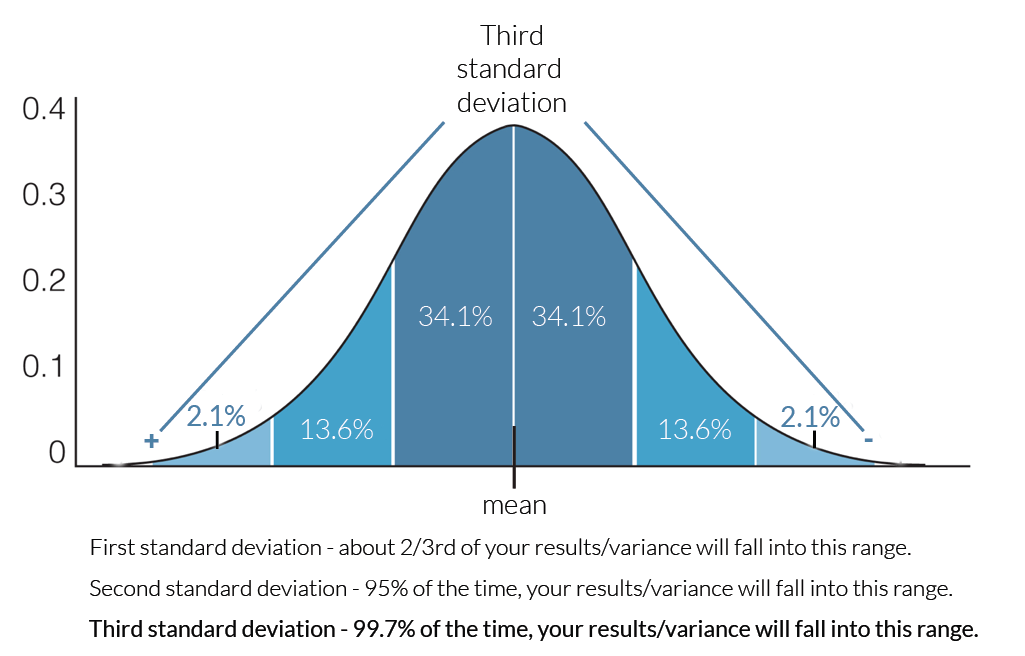 99.7% is a pretty solid statistical number, unless you're dealing with some very high level science (When finding the Higgs-Boson, CERN physicists recently reached the 5th standard deviation. That's 99.9999%!) With these standard deviation signposts erected, we can start to understand our world and the data in it a lot better.

You can now go back to the park and measure a random pigeon's wingspan, find out whether it's within the first, second, or third deviation from the mean, and know how exceptional it is compared to the rest of its species. And if you measure a pigeon with a wingspan that is more than three standard deviations from the mean, you should probably double-check your measurement, or whether it's a pigeon at all. That all make sense? Good!

We are also subject to the laws of normal distribution. I see so many people making themselves unhappy because they haven't processed the fact that nearly everything in life falls into a bell curve line of probabilities. 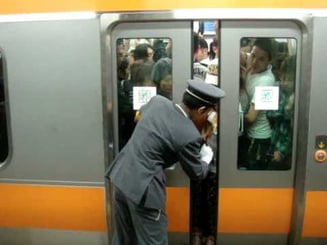 I'll give you an example from my own life, I used to take a train from west Tokyo into Shinjuku, and it had a transfer point where if the stars aligned I could dash from the first train down an escalator and catch the second train just as the doors shut.

I remember one morning I was running late, I left my apartment at 7:40, hit all the green lights in my bicycle ride to the station, quickly found an empty parking spot in the bike lockup, caught the first train just as the doors were closing AND made the miracle transfer to the second train just as its doors were closing. Despite leaving my house late, I got to Shinjuku 20 minutes early, enough time to enjoy a coffee and read the news before leisurely walking into the office like a boss.

You can guess what happened next. My mental clock of what was a safe hour to leave the house suddenly shifted to 7:40. After all, I had that one epic morning where I did the whole thing in record time. But I never repeated the feat. 100 things went right to allow that speedy commute, and the 100 things never lined up again. I was arriving late several times a week, stressing myself out and raising eyebrows with the management.

What I had experienced that perfect morning was a once-a-year occurrence. If something happens 1 day in 365, it has a .27% chance of happening on any given day of that year. This is almost exactly where the third standard deviation falls. I was comparing each day not to the mean, but to an event waaay out on the edge of the bell curve. This blew up in my face as my commute reverted to the mean, and blew up my entire mornings when my commute time fell on the other side of the curve, as probability says it must. (This would be things like train delays, forgetting my wallet, and one morning, a horrendous urban dust storm.)

The brain gives undue weight to these rare occurrences. The unlikely, statistically improbable days stick out in our memories like fireflies on a dark night. Years later, I can't remember 99.7% of my Tokyo commutes, but I clearly recall that one heroically fast morning, as well as that bizarre dust storm that made me late!

If you examine your thought patterns, you'll probably find you're subconsciously comparing a lot of things to one-off events that fall above the third standard deviation. Sure, you're feeling ok today, but you're not feeling as good as that one afternoon you watched the sun set over the hills of Tuscany on your honeymoon.

Maybe you had a pretty decent workout, but it wasn't much compared to that one day you absolutely crushed it and had enough energy to run home from the gym. And maybe you're eating well this month, but it's nothing compared to your first serious training effort where you fastidiously hit every gram with no cheating.

What we forget is all the random factors that lined up for us to have those peak highs and lows. For example, a strong workout will be a combination of hormones, nutrition, mood, what's going on in the rest of your life, even the music you have playing. It's difficult to recreate all these things every day, but we still feel like we let ourselves down when we don't match up to that unusually fulfilling event.

Spending too much of your mental energy contrasting present reality to experiences out past the third standard deviation sets you up for stress and unhappiness. When you compare every experience to your greatest hits, you're bound to become a sour, backwards-looking person. 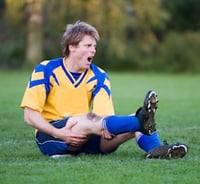 In fitness, it's important to compare yourself to your current mean, rather than the edges of the bell curve. If you haven't exercised in 5 years and you take on a workout that would have been tough even on your best days in the past, you're guaranteed to injure yourself. This is a problem we trainers constantly run into with former athletes who haven't checked in with their mean fitness level recently.

If you eat right for a few weeks and get on the scale expecting to be the weight you were in college, you're going to be disappointed (even if you've made real progress). Your body and environment changes as you age. That mythically low weight that you once hit is probably not particularly relevant anymore, it was the result of a lot of different factors that you can't repeat in the here and now. It might even have been a faulty scale! Let it go.

My advice is that you disregard any experience out in the third deviation of your bell curve, and instead focus on getting more experiences right at the first deviation.

You don't need to have a mind-blowingly successful workout every day. You don't have to have perfect nutrition either. But you should always aim to be about 1/3rd better than your mean. Some days you'll do better than that, some days you'll do worse. But with persistence, you can drag the entire bell curve over, so that what once was your first standard deviation is your new mean.

Having done that, you repeat the process, inching your way towards a life where feeling and looking great isn't a once-a-year event, but a once-a-month event, and eventually a once-a-day event. It all comes from doing slightly better each day, not those rare moments when everything clicks perfectly.

With persistence, over time you can drag the entire bell curve over, so that what once was your first standard deviation is your new mean.

And those times your fitness efforts fall on the sub-par side of the curve, don't beat yourself up. Bad days are baked into your year no matter what you do. Take your lumps and remember that you'll be back on the positive side soon enough. Hold the line and by all means, (pun intended) don't let your bell curve drift the other way.

Cherish the third deviation events when they come, but don't chase them. They're unicorns. Real change happens slowly, without fanfare, at the first standard deviation! Make it your home.

PULSE - Put Yourself To The Test