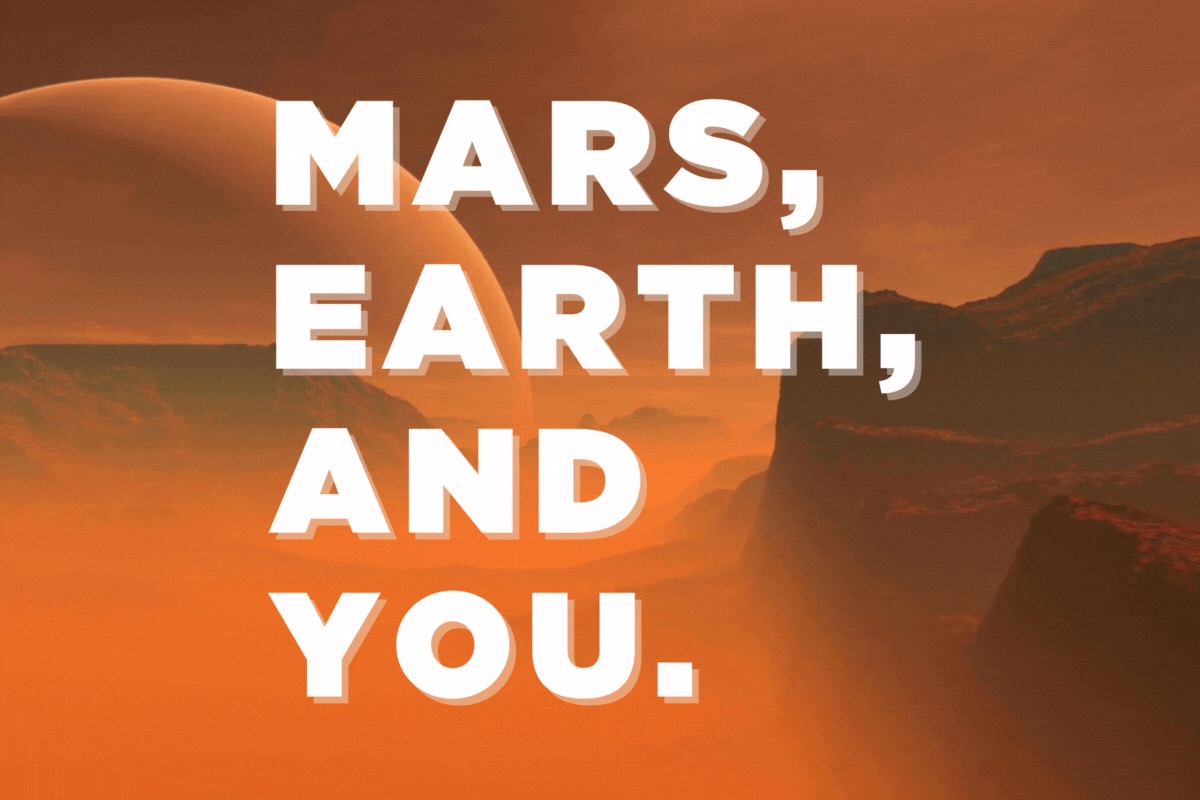 PULSE - Mars, Earth, and You - Learning to Love and Respect Your Body

In February 2021 the NASA/JPL rover was gently placed on the surface of mars by its jet-powered sky crane. It used to be I’d have to use an artist’s rendering like this to show how this worked:

But the Perseverance mission is chock-full of hi-res cameras, and so we can just check the tape to see how it all went down!

Frames from various onboard cameras recording the landing.

In just a few days Perseverance started transmitting new images from the giant crater it now calls home. Here’s a section of a panorama from the rover’s 360° “head-mounted” camera.

These images join a collection of vistas provided to us by Perseverance’s sister rover Curiosity, which landed in 2012 and is still doing good science in the Gale crater, 3,700 km (2,300 miles) away. Here’s a recent image from Curiosity.

And of course we can’t forget the little robots that paved the way for these modern rovers, Spirit and Opportunity (2004), and Soujorner (1997). Here are some photos from those missions.

Opportunity’s landscape on the other side of Mars from its twin Spirit.

As a space enthusiast, I’ve been tracking these rovers and looking at the photos they send back my entire adult life. But recently they’ve begun to unsettle me.

How do you feel looking at those landscapes above? Your first response should be a “Wow, I’m looking at the surface of another planet, this is so cool!” But your second thought might be, “Phew. That is some bleak, rugged landscape.” 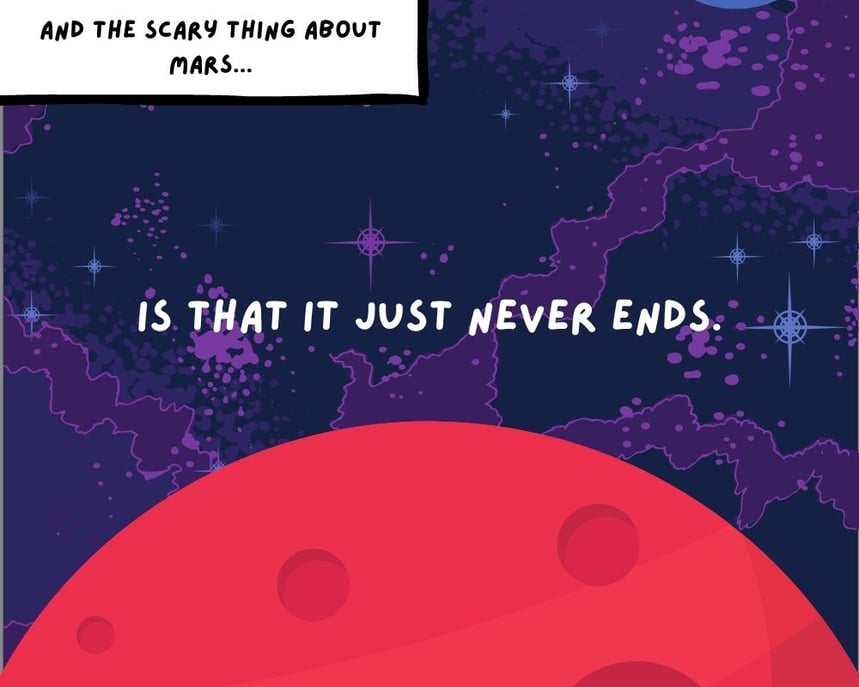 If you climbed the mountains in the distance of those photos (which are really just the edge of craters) you would be rewarded with more of the same, endless red-brown desolation. You could walk the entire circumference of the planet and you’d never get a break. The only thing that would change is the size and shape of the rocks! 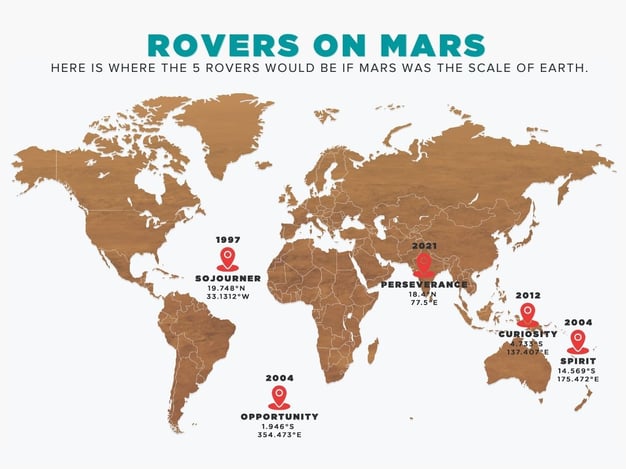 Imagine the variety of sights and colors these Earth rovers would send back if they landed in those 5 locations! The Indonesia rover, for example, might send back a photo like this:

Mt. Rinjani, Indonesia. After all that Martian rust-colored wasteland doesn’t it feel like your parched eyes are getting a cool drink of water?

After spending just a few minutes looking at Mars photos, you start to deeply appreciate that EARTH IS AWESOME. We’ve got it all. Majestic mountains, glittering oceans, grassy plains, icy tundra, dense jungles, and all the colors of the rainbow (oh yeah, we’ve got rainbows too). Coming back to this appreciation for your home planet is a way to instantly make any day better. It also should give you a renewed sense of urgency to protect our life systems, and not turn Earth into a dead planet rusting away in cold empty space.

The most interesting thing is, you’re not just an astronaut who happens to live on Earth. You too are a product of this planet’s ecosystem and its unstoppable drive towards life. You share the same genetic foundation as the trees, ladybugs, corals, and bluebirds that make this world so colorful. You are one of the landscape features a rover would see if it visited Earth. Alien explorers might say “Oh look, this planet peoples! How lovely!”

In day to day life, it’s easy to get wrapped up in your stresses and struggles, and see yourself as something isolated and separate from the planet. Occasionally you should check back in with the reality that you are a child of Earth. Every atom in your body came from the raw materials of this planet. Your cells evolved hand in glove with the planet’s environment, and your systems are optimized to thrive in an energetic relationship Earth’s air, water, plants, and animal life. That queasy feeling you get looking at the rover photos is your body recognizing that Mars is no place for a human to be. 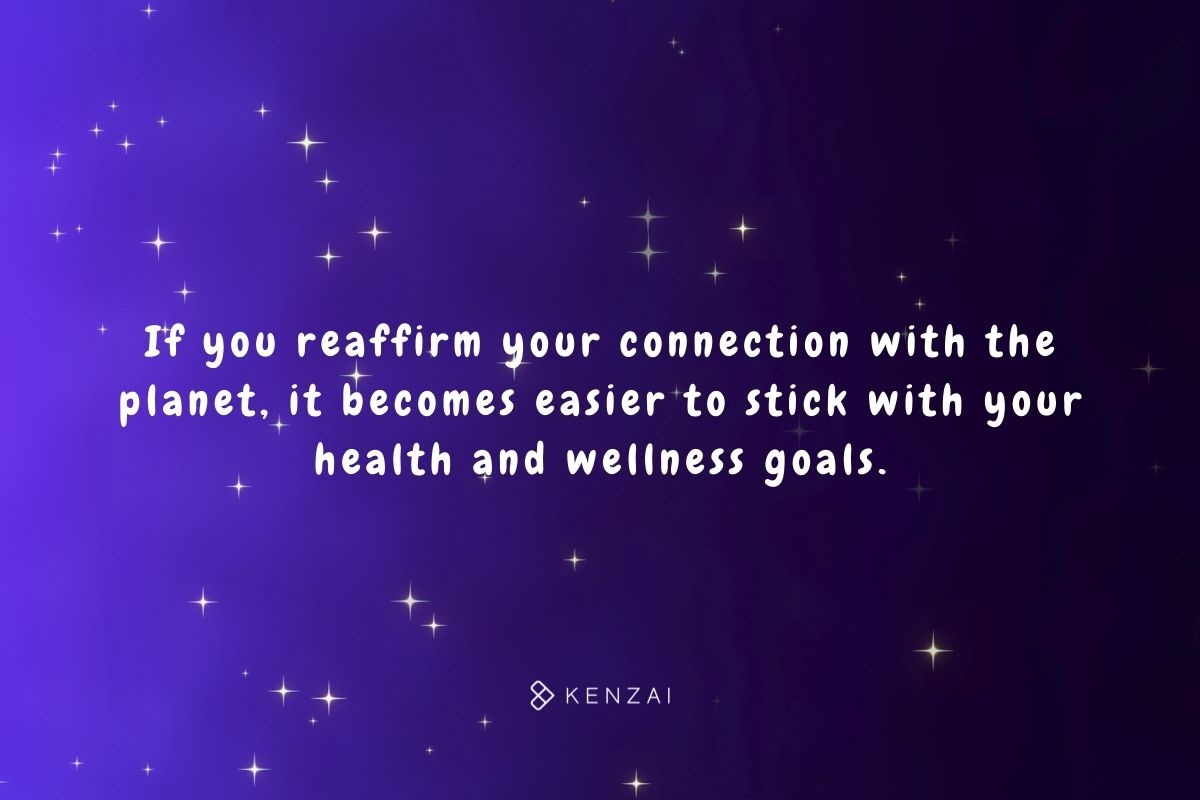 When you look at a beautiful vista with grass, trees, and clouds, you feel a warm happiness. You’re home. You don’t feel an instinct to harm and destroy that environment.

Can you extend that same kindness to your own Earth-made body?

When you see a bright blue sky, do you want to see it choked with smoke and ash? Extend that preservation instinct to yourself, and don’t smoke. Smoking kills the human.


When you see a fresh stream, do you want to pour toxic waste and trash into it?

When you see an animal basking in the sun or taking a nap, do you begrudge it that rest time?

When you see a plant, do you have an instinct to put it in a dark room and let it wither?

Think of yourself as a hardcore, extreme environmentalist. It’s just that your speciality is taking care of the part of the environment that happens to be contained in your own body. When you approach your daily choices this way, you’re less likely to pollute and tear down your own ecosystem. You’re the one who has to live there after all!

Make your body an Earthly paradise, not a bleak Martian wasteland!