Making and keeping new year’s resolutions is tough in any year, but 2020 has heaped on a cartload of extra difficulty and complication. You might find yourself at the start of the new year already feeling beat-up and in no state to work on self-improvement. We’re here to help with this one pro-tip: 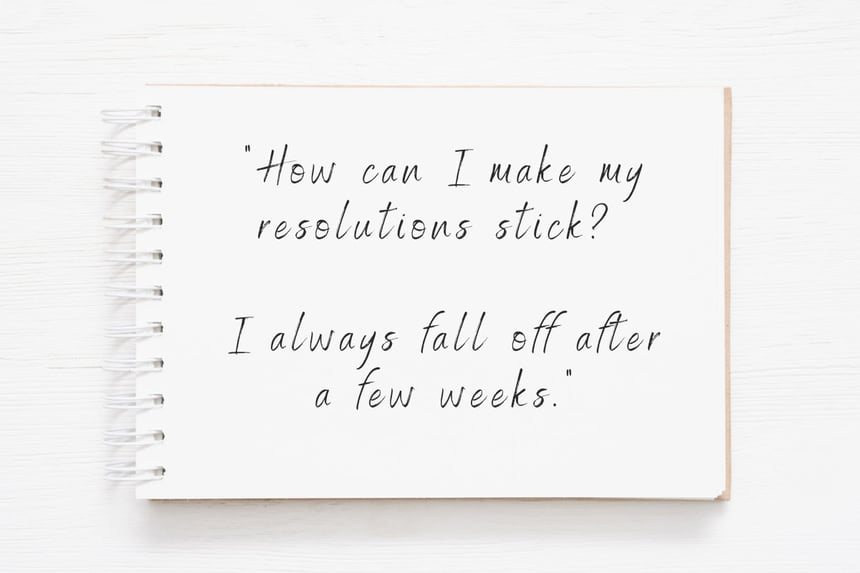 Use temporal landmarks at both ends!

A “temporal landmark” is what psychologists call those important days in your life that create chronological signposts for your memories to organize around. They can be important times for your society, like Christmas, Diwali, or Ramadan, or more personal days like your birthday, anniversary, or the date you moved to a new city.

When you reach a temporal landmark on the calendar, the mind feels it as a chance to reset and change behavior. In research this is called the “Fresh-start Effect”. Your chance of success goes up when you connect your fitness efforts to these temporal landmarks, because the mind is more open to doing the hard work of breaking out of old patterns and establishing new ones.

Never has it been more important to use temporal landmarks than during the era of COVID19. With stay-at-home orders, distance working and learning, and no vacations or travel, each day bleeds into the next and the weeks and months become a blurry mush.

Anchoring your fitness efforts to temporal landmarks will help you find your way through the fog!

New Year 2021 is a perfect temporal landmark. You’re literally turning the page on 2020 and looking forward to brighter days of vaccines and getting back to normal. It’s a fertile time to start making better choices. A lot of people will start something new this January, but they make a critical mistake.

You need temporal landmarks not just at the beginning of your fitness effort, but at the end!

For example, you might resolve to start eating right and exercising daily from January 1st. That’s great. But you need to put an end date on that effort, and all the better if it’s a date that has some personal meaning to you. So if you had a birthday in March you might resolve to not miss a day of exercise until your birthday. The mind loves having a start and end point that it can organize itself around, and you’ll have a lot more success with this method than an open-ended, never-ending journey.

The sweet spot for an ending temporal landmark is something that gets you through 6-12 weeks of focused fitness. That’s the time period when you’ll see results from your efforts, and will have built the all important habit-patterns that make your results last. A 2 week health-kick or cleanse isn’t enough, you’re just spinning your wheels at anything less than 4 weeks, and really get cooking at the 6-12 week timeline.

If you’re starting in early January, you should find a meaningful date sometime between late February and the end of April and make it your target ending day. You can use a day that’s important in your community (Valentine’s Day, Easter, Holi, Eid-al-Fitr, etc…), the first day of spring (March 20th), or a day which has personal meaning. Your mind will love having that firm anchor point during these months when time has become somewhat squishy. 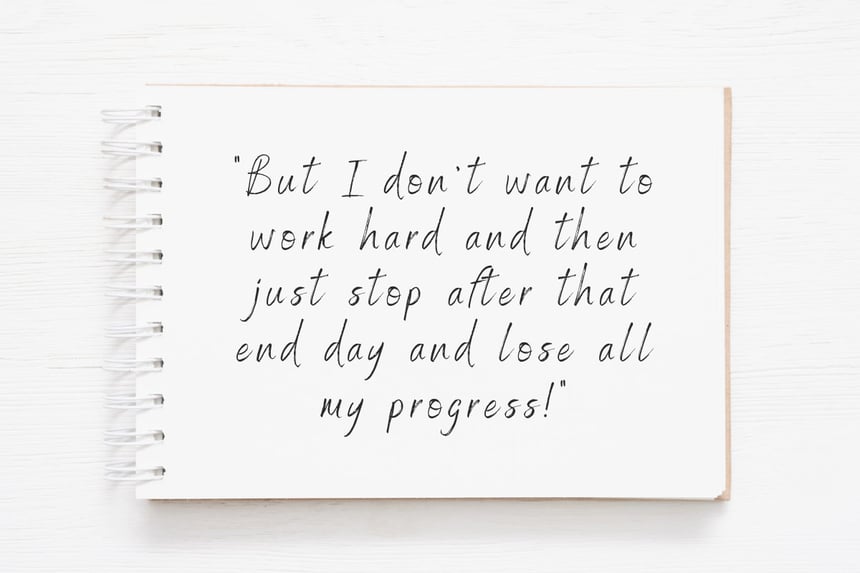 The beauty of having an end date in mind is that your mind can focus and put in the work to change your behavior in the here and now, knowing that it’s not forever. This will break up old unhelpful habits and lay down the scaffolding for new healthy habits to replace them. If you do this, even knowing the whole time that it’s only until a certain date, guess what happens? When the big day finally comes around, you have no desire to go back to your old patterns, because you’re free of them!

For example, let’s say you love beer. You resolve to not drink a beer until St. Patrick’s Day (March 17th). In the first few weeks you’re sorely tempted to have a beer, but you tell yourself “not now, just hold out until St. Paddy’s Day.” When March 17th finally arrives, you’ll find that it’s been so long since you were in a beer-drinking pattern that you don’t particularly crave it anymore. And after your celebration drink you won’t instantly fall back into your old ways. You’ll be free of the habit cycle that made beer so appealing. This is the power of a temporal landmark at the end of the journey. It’s a kind of mental judo where you trick yourself into long term change by disguising it as a short term issue!

In other words, don’t worry about what’s going to happen once you hit your target day. You’ll be a different person then, able to make better choices. But you have to get there first! 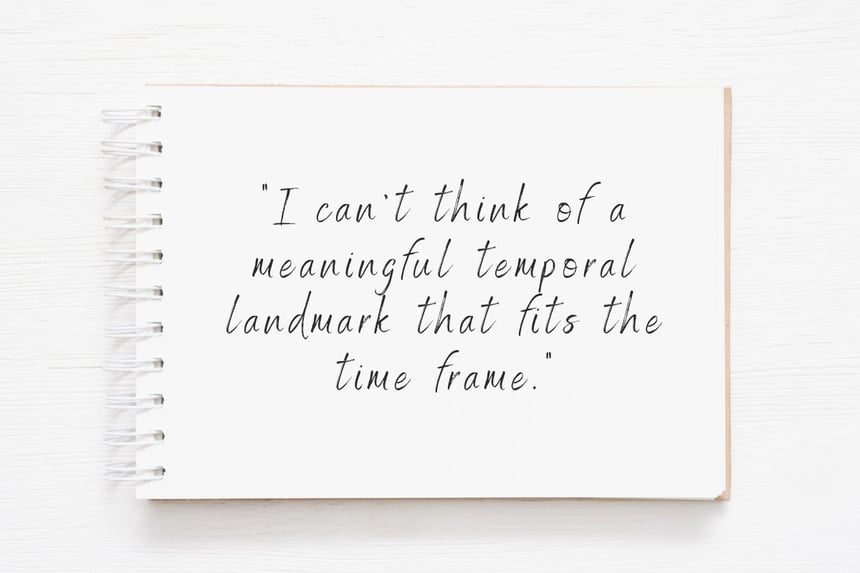 That’s ok. You have the ability to make a temporal landmark out of thin air. Look at the calendar and choose a day that works for you. Circle it, name it, and breathe life into it. What was just a normal day on the calendar is now your special, private celebration of all your hard work. Make it real. Request the day off from work. Make plans to get your hands on your favorite food or drink. And if you want to supercharge

Supercharge your temporal landmark with a “do not open until” reward item.

If you want to make this process even more fun, add a prize into the mix. It’s important that you do this right. A good fitness reward is:

Not too ordinary and not too special.

(Too ordinary and it doesn’t inspire, too special and it becomes distracting.)

Something you can have visually around the house.

(Rewards work best when the item is already there, but wrapped up, under glass, or otherwise unable to be opened. The mind loves concrete prizes that are just beyond reach.)

Something that’s purely for you. 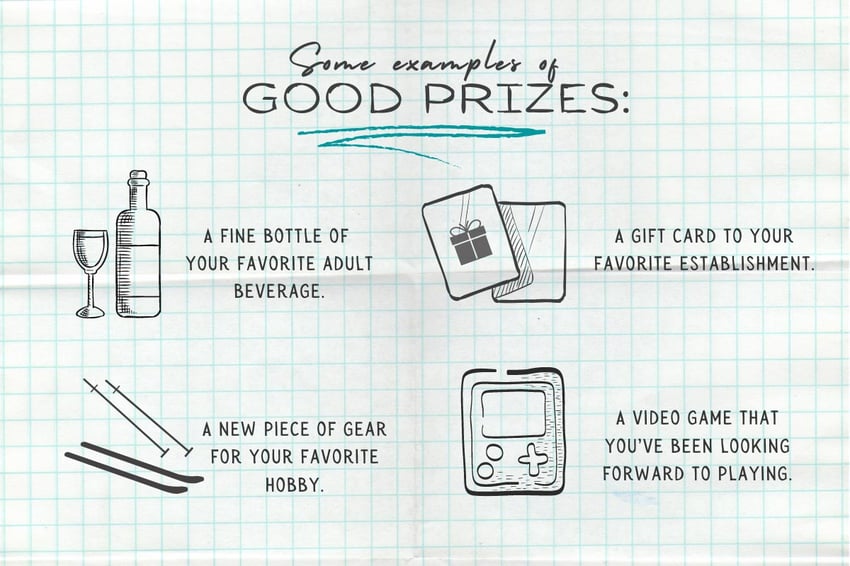 The reward needs to be a source of simple pleasure for you. The guiltier the pleasure the better.

These things are visual and can be put on a shelf in your line of sight. Each time you see the item, you’re reminded of the good times waiting ahead, if you stick to your plan!

Resolutions are hard, especially this year. But by skillfully using temporal landmarks and rewards you can create a substrate that your mind can anchor to. Anyone can hang in for 6-12 weeks, especially with a reward waiting. Make it happen!