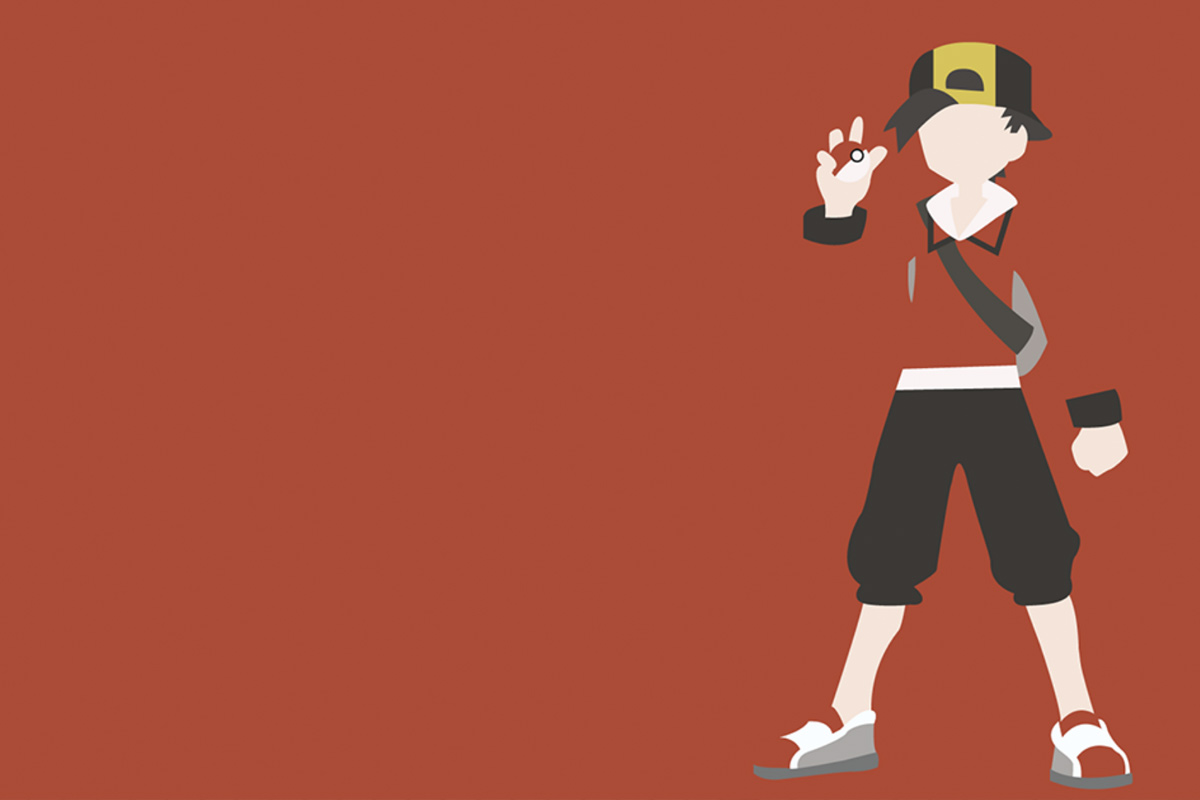 Over the last few years a lot of people have started streaming their video game sessions. They can set up a feed of their game in real time that anyone can view and comment on. It's a throwback to the old days where you'd sit around and watch a friend play through a game, offering tips like "I think there's a treasure chest in this cave" or more often giving not-so-helpful encouragement like "This is the final boss. Don't screw it up!" You can recreate the joy of that experience now, typing in the sidebar of a  someone's video game stream with people from all over the world. 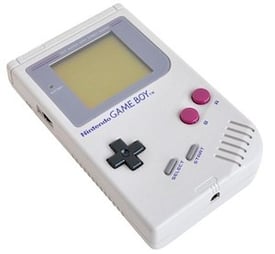 Recently an anonymous Australian programmer had a clever idea. He booted up a PC-emulated version of the very first Pokemon Gameboy game from 1996. He started streaming the game to Twitch, a popular streaming site. But instead of playing the game himself, he rigged up a system where the commenters could control the game, simply by typing in the button-presses in the sidebar.

For example, if you typed "left" the game would register that as a push of the left button on the D-pad. Type "down" and you'd go down. If you typed "A" the game would press the A button. This seems pretty straightforward, until you realize that anyone participating in the stream could control the game. And people did participate, in the tens of thousands. All trying to control the same game at the same time.

"Twitch plays Pokemon" became a phenomenon in the nerdy video game world. At one point over 120,000 players were all simultaneously controlling the character, and yes, I was one of them. The challenge was to see if the collective "we" could beat Pokemon.

Here's how the game looked most of the time.

As you would expect, it was an absolute mess. The character usually walked in circles, ran into walls, and made incredibly dumb decisions during battles. The volume of users got so high that there was a full 40 second delay between typing your command and it happening on screen, meaning everyone was just doing their best to guess what the right move would be in the jumble of commands 40 seconds in the future. 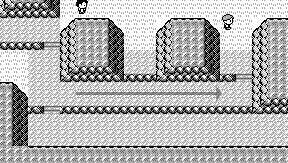 And of course, the experiment brought out hordes of trolls. These people would purposely try to undermine the character's progress. They would gleefully type in wrong commands and see how much they could mess us up. There was one ledge in particular, where if anyone pressed "down" during a crucial point the character would fall off the ledge and have to start again. In a group of tens of thousands of people, trust me, someone is going to press "down." That one little ledge took 12 hours to get past.

At first most people thought the game could never be beaten, but just 16 days after it started, the final boss was taken down and a nerdy "YES!" was heard from basements, dorm-rooms, and computer labs around the world.

In short, "Twitch plays Pokemon" was hilarious, maddening, mind-numbingly boring, and, for me at least, very thought-provoking. In that tiny pixellated character spinning in circles I felt a deep connection to the entire human experience.

We are each a tiny part of the human collective. We do our best to make the right move in a complicated world. We press "up" because that seems like the best move at the time, but it's just one choice made amongst billions of people, and its consequences are unclear. There's a lot of noise, there's a long time lag between action and results, and our best intentions are often drowned out.

There are also bad actors in the mix. People who will happily press "down" when we get to a ledge, people who get joy from our setbacks. Trolls. Trolls can be as petty as that coworker that undercuts your efforts at work, or as serious as a dictator that oppresses an entire populace. They're out there.

There's a lot of noise, there's a long time lag between action and results, and our best intentions are often drowned out.

But at the end of the day, I think the majority of people are good. They want to be kind to each other, kind to the planet, and want to see humanity prosper. It's true, we usually end up going in circles, running into walls, and repeating levels again and again, but over time the sheer mass of people making good choices adds up and we make progress as a species. 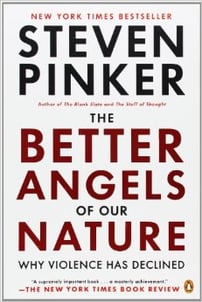 A lot of people ask me for book recommendations, and one of my go-to choices is Stephen Pinker's The Better Angels of Our Nature: Why Violence Has Declined. In this book Pinker exhaustively outlines the historical data and shows that we are living in the least violent, most enlightened period of human history. Despite the torrent of negative news streaming across our computer screens, the reality is that the average person's chances of coming to harm through war or crime have never been lower. Across the spectrum, the world is a safer place to be by orders of magnitude. As a human community, we're getting better. (If you don't believe this, if in your gut you just know that that the world is going to hell in a hand basket, then don't argue with me, read the book. The data is incontrovertible.)

All of this leaves me very optimistic. When you're in the thick of things, it often feels like you're not getting anywhere. Your plans don't work out, you're blindsided by unexpected events, and you're undermined by trolls. But as silly as it seems, watching that Pokemon stream I could finally see the pattern of it all. Misstep by misstep, the human spirit grinds its way to higher and higher levels. When I look around at the beautiful skyline of my city, at the intelligent discourse of our Kenzai users, at the tolerance and kindness of today's young people, I know we're on the right track.

So relax. All you have to do as an individual is stay positive and continue making your small contribution to the human project. Take care of yourself. Eat right. Exercise. Be cool to your neighbors. Don't trash the planet. Do your job well. Educate yourself. Educate the next generation. Remember that setbacks will happen. Ledges will be walked off of. Day by day you won't see many changes, but it adds up to a civilization we can be proud of.

We're going to make it.