Living amidst the unspoiled tracts of forests in Southern Maine provides the state’s residents with a strong sense of place and a respect for a life outside the hyperconnected lives they lead in nearby cities and towns. For Tuck O’Brien--the city of Portland’s Director of Planning--trail-running is about finding a rhythm; it’s about experiencing flow and losing himself in an experience grounded entirely in the present.

Each mile has its own tempo. And every trail changes on a day-to-day basis. 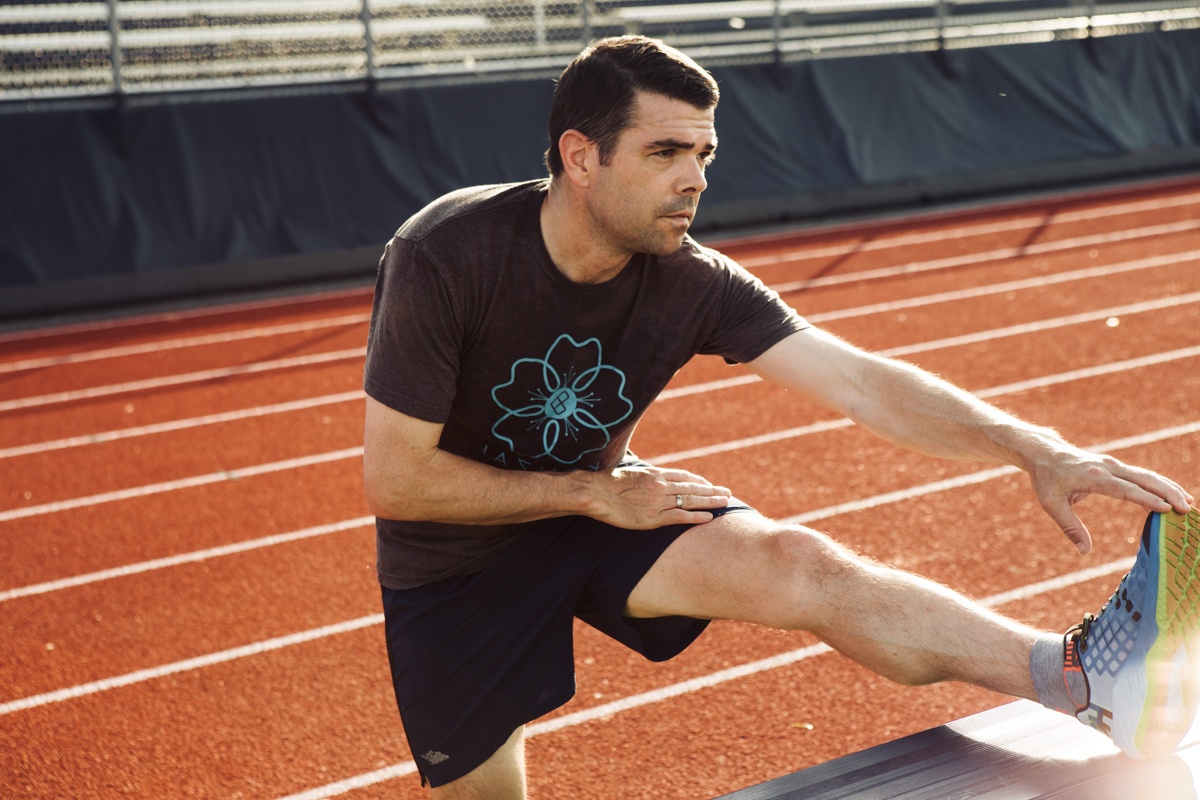 "It's the simplicity of it. It’s just you, a pair of shoes and the trail,” says O’Brien. “You hit that spot where you’re just in tune, you’re feeling your feet on the ground… and when it’s all clicking, it feels like you can just go.”

A self-described trail-freak, O’Brien spent his early twenties maintaining trails for the Appalachian Mountain Club, where day-long hikes and thousand-foot elevation gains were the norm. Today, he approaches his trail runs with similar gusto.

This past June, O’Brien ran his first 50k ultra-marathon - a grueling course through Portland’s forests and farmland that included steep inclines; technical stretches of single-track; and plenty of obstacles in the form of protruding roots and rocks. In short, it has everything a trail-runner loves about trail-running.

And he has no shortage of long-term running goals. He has his sights set on the Hardrock 100, a one-hundred-mile race that sees participants run through nearly 67,000 feet of total elevation change in Colorado’s Rocky Mountain Range--although he suspects it’ll take another couple years of training before he’s ready to tackle the Hardrock.

But tackling such a lofty goal will require hundreds of miles of training. And yet, for O'Brien, running is equal parts science and sentiment.

As a lifelong athlete, he often jumped between sports--pick-up soccer during the summers, downhill skiing in the winter. But it wasn’t until he tore his rotator cuff and underwent physical therapy that he decided to focus his energy entirely on running. And throughout the training process he learned about his body, and how sensible nutrition and scientific inquiry are central to overcoming physiological barriers. Before long, O'Brien was discussing the finer points of muscular anatomy with his doctor. Throughout the recovery and training process, his wife and two sons were there every step of the way, joining him on exploratory weekend hikes, and sharing training meals during the week.

With a demanding job as a city planner--where the hours are long and emotions often run high--finding the time to hit the trails is vitally important. It's his time to leave it all behind (if only for a couple hours) and focus on the next step, the next hill and the next big challenge.

KENZAI: What do you love about running?

TUCK: I love the grounding and the rhythm. I talk about flow a lot--and it was something I used to get with hiking. There’s just something about when you’re body is moving. I love exploring new places; I love going new places on a run and seeing what’s around and just the experience of doing it outside. That’s what really compelled me to really like running more than say, jump-roping. Cardio in place I just hate. I love the moving part of running. I love the grounding.
It’s the simplicity of it. It’s just you, a pair of shoes and the trail. You hit that spot where you’re just in tune, you’re feeling your feet on the ground… and when it’s all clicking, it feels like you can just go.

With running, you hit that spot where you’re just in tune. Your breath, your body, you’re feeling your feet on the ground. If you’ve had the right training, you know the position your body is supposed to be in to feel good. It’s breath, it’s posture, it’s how your hands are. And when it’s all clicking, you just feel like you can go and go and go and go.
When I first signed up for this 50, I didn’t know if I could do it. Once I finished it, I was like, ‘I want to try and do 100 miles’.

KENZAI: How would you describe the trail-running ethos?

TUCK: Its super welcoming and non-competitive. You’d think it was sort of solitary--training for that 50k I did about 400 miles… all of which was by myself. But the thing that’s neat is that there’s an entire community of people who go to races, and put on races, and hang out and support each other. So that’s cool. And as a big backpacker and hiker, it carries over that ethos of ‘leave no trace’, and respect the wildlands and really appreciate being able to be outdoors.

KENZAI: What would a typical training week look like?

TUCK: In a given week, I’d do a couple shorter runs, as well as some interval training… it was really built off of the Kenzai-Run approach. I’d do a day of plyo--carry-overs, karaokes, lunges--and that’d be the workout for the day. Then on the weekends, I’d try to find a cool place to do a super-long run Saturday, you know, explore the state... and then follow it up with a long run Sunday.
And definitely once I stopped, I missed the routine. Earlier I talked about how I always said to myself, ‘I would never do Kenzai during the summers... the summer is for BBQs, beers, living the outdoor life.’
And what I found is that not having the routine during the summer is not more enjoyable.
It’s just a balance. Having the pendulum swing from being rigorous in training to doing nothing is just not good. I haven’t enjoyed it as much. It’s a good lesson. You’re just trying to find a happy medium. Maybe life’s a bit more intense when you’re training; maybe it’s a little more lax for periods when you’re on vacation, or in between stuff. It’s all about finding a balance.

"Every year I like to try to do something new, something I haven't achieved in the past. This...

For Elizabeth Jane and her family, a moment of spontaneity fostered a lifetime of health. It all...

"What has changed .... a lot has changed. But all for the better. I like the structure, the...

"I had put on a lot of weight at the beginning of the year, and my pants were crying, unable to...

"Kenzai Body has culminated in this incredible sense of freedom I feel! Freedom from the...

So much has changed.

Before:I thought I could eat anything I wanted without consequences.I...

"I definitely feel like I am at my best than I've been in past 10 years. I never thought I will...

After signing her first modeling contract on her 14th birthday, Sabrina...