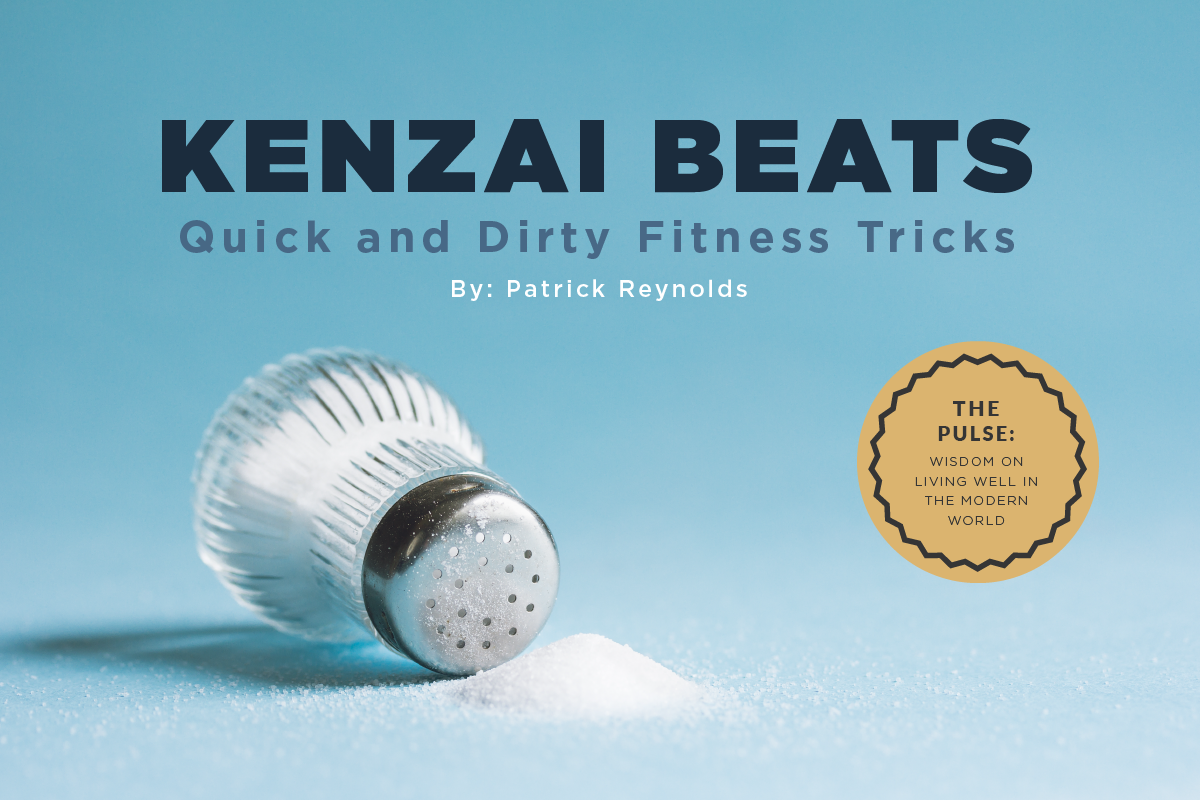 At Kenzai we usually probe the deeper psychological and physiological issues around nutrition and exercise. But today we're going to forget all that and talk about some quick and dirty things you can do right now to get results.

Always order the smallest sized drink, and then order as many more as you like. 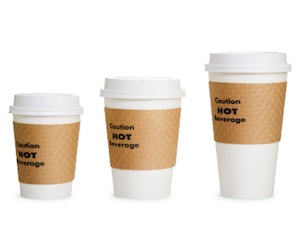 This applies to any drink that has calories. Alcohol, lattes, smoothies, sodas, whatever. Order the small, the "short", or the half-pint. You want more than that? Fine. When you finish your small drink go back and order another one. You can do this as many times as you want. The magic is that 90% of the time you'll be satisfied with the small and not care enough to wait in line for another serving. But hey, those 10% of the times you want more, you just get more. It's not a big deal.

If you're drinking at home, buy several of the smaller sized servings instead of one larger one. Get four half bottles of wine instead of two full sizes. Get the tiny sized cans of soda or beer. You'll be surprised how much this cuts down your liquid calories.

Always order less food, and promise yourself you'll order more if you want. 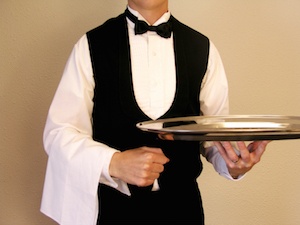 You can pull the same trick with food that you did with drinks. If you're  at a restaurant and you're debating whether to get the appetizer plus  an entree, or only the entree, just order the entree, and know that you  can call the server over and get the appetizer if you're still hungry    afterwards. You don't have to order everything at once. At a    restaurant, there is literally a person standing around waiting for you      to tell them to bring you more food. So cool it and start small, adding    more as you need it. And as before, the magic is that most of the time  you realize you weren't as hungry as you thought and won't end up  ordering more.

When buying food for home, buy any packaged food in the smallest serving size. If you want some candy for example, choose the little "fun size" versions that kids get on Halloween. Nothing will make you feel like a fat slob faster than looking at a table of opened, crumpled  candy wrappers. After 4 or 5 you tend to stop. But those 4 "fun size" candies are still fewer calories than one regular size version.

Salt the earth of those you've vanquished. 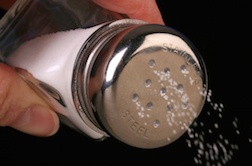 I picked up this dirty trick from the Washington Post food critic Tom Sietsema. You go to a restaurant, and you've hit that point where you've had enough but there's still some food or dessert on the plate. As you sit talking with your dinner companion, you start grazing on the leftover food, forking the last few strands of pasta, nibbling on the half-slice of cake, almost on autopilot. Avoid these phantom calories by picking up the salt shaker and dumping a liberal amount of salt on everything, including the dessert. You've just guaranteed that the meal is truly OVER.

Don't have a salt shaker around? Spit on your food, or even better, have your dinner companion spit on it. Hey, I warned you, we're fighting dirty!

People sometimes object to these food tricks on the grounds that they waste money. "Two short lattes cost more than one large! Things are cheaper in bulk! I paid for that dessert, you want me to dump salt on it!? "

This is a stupid argument.

First off, these tricks will result in you eating and drinking less. If the short latte trick works just 2 times out of 5, you'll more than pay for the other 3 times when you go up for another.

Second, getting fat, and the extra work you have to do to burn off that fat, also has a cost. Let's say you have to do an extra 30 minutes of exercise a week to burn off the extra calories you're sneaking in by buying large sizes. Even at the minimum wage of 10 dollars an hour you're "wasting" 5 dollars of your time working off unnecessary calories. And I hope you value your time at a rate higher than minimum wage! 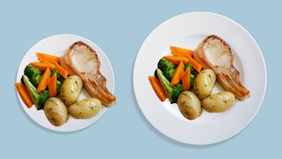 This trick has been around forever, and still works. Whenever you have the choice, serve your food on small plates and eat it with small utensils. This makes your dumb brain think you're eating more than you actually are, and you feel full faster. Go ahead, tell yourself you'll go back for seconds. Most times you won't.

Wear your exercise clothes even if you don't plan to exercise. 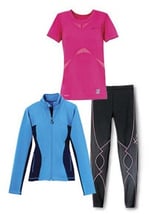 Go ahead, put on that stretchy shirt and those running shorts, even though you have absolutely no intention to exercise. This gets your brain in the right space. You're setting up an environment where exercise is at least a possibility. And when you're all kitted-up and ready to do a workout, you find yourself doing more workouts. You'll be shocked how well this stupid trick works.

Flagrantly lie to yourself about how many sets and reps you're going to do. 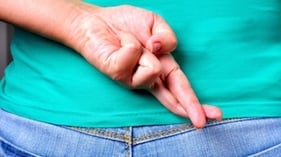 So, you've actually made it to your workout, but aren't feeling very enthusiastic about it. You're supposed to do 4 sets of lunges with 12 reps each. In your head, tell yourself "I'm just going to do two sets". And after that second set is done, say "Surprise, asshole! Two more sets! Ha ha dumb brain!" You can do the same thing for your reps. "I'm tired so I'll just do 8 reps." After the 8th rep, "And 4 to grow on!"

If you're truly feeling gassed, you can always stop your sets and reps early. But more often than not, you'll find that once you're moving and feeling the burn you're inspired to keep going past the lies you told yourself.

Put up a picture of your target physique in your workout space. 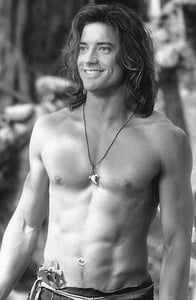 We're visual creatures. Our brains like to chew on images more than abstract concepts. When you're working to change your body, you'll get a lot of mileage out of a simple photo of someone who has the physique you're going after. My current inspiration photo is Brendan Fraser in George of the Jungle. That's the lean look I'm working on right now. When a workout gets tough the photo is there giving me a little bit of extra motivation to work hard.

I don't have data on this, but I have a suspicion that your body will ACTUALLY come to look like your target photo (if you get your diet and exercise right of course). When I've used photos of bulkier people, I end up with larger muscles. When I use slimmer people, I'm leaner. The brain is capable of some crazy stuff, (exhibit A: the placebo effect) and it wouldn't surprise me if new muscle tissue is laid down differently depending on the type of bodies you're looking at. So choose your inspiration photo wisely.

Originally from Rochester, New York, Jim has moved around the US Midwest throughout his life....