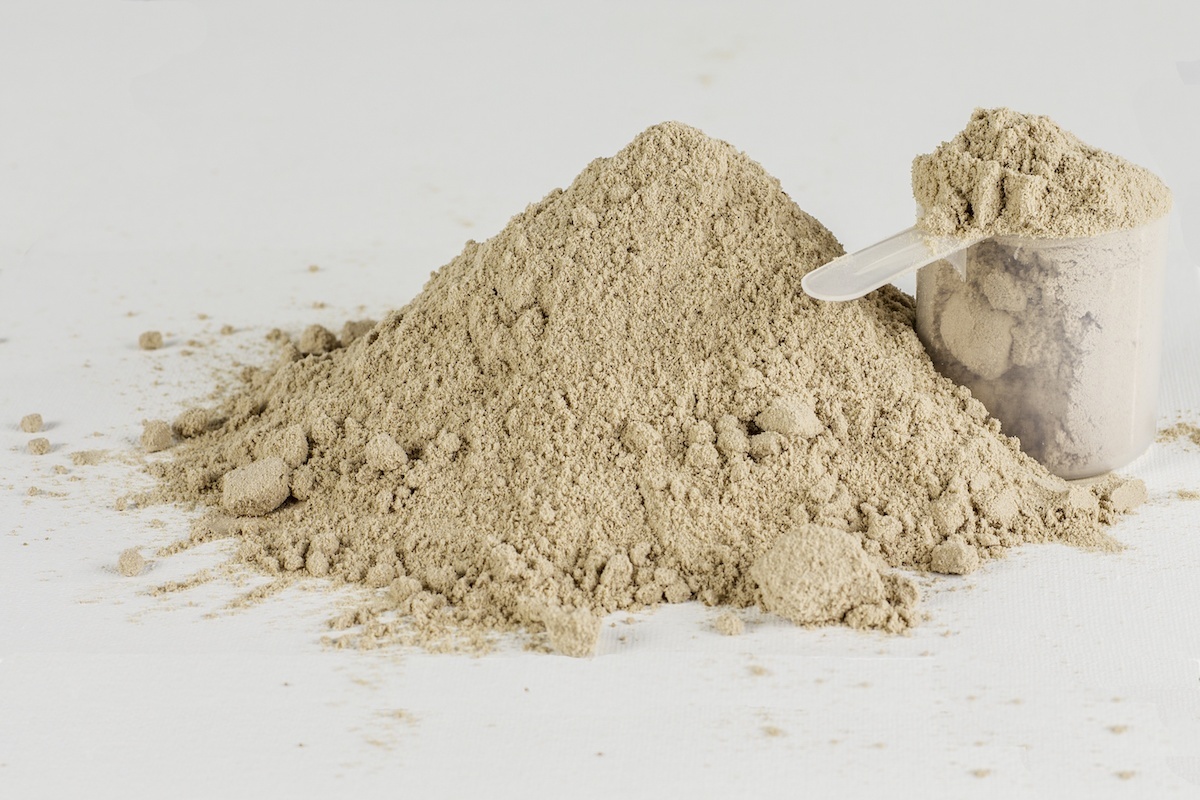 This spring the New Yorker ran a piece entitled "The End of Food", all about Soylent, a food replacement drink that's booming in the US tech and engineering subculture. I'll give you a brief synopsis here, but I recommend checking out the full article. 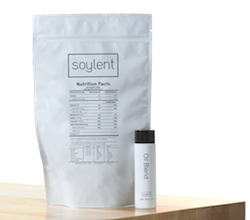 Soylent is a cocktail of carbs, proteins, fats, vitamins and minerals that's designed to give you your full nutritional spectrum. It comes in large bags of powder with a smaller bottle of oil (where most of the fats are), just mix with water and you have a full day's worth of "meals". The tagline for Soylent is "Free your body". It's pitched at busy people looking for a fast, cheap, and safe way to get their nutrition right without the constant distraction of shopping, cooking, and cleaning up after meals.

Soylent is a highly successful product. It found its natural home in Silicon Valley, where efficiency and lifehacking are the order of the day. It's on a 3 month backorder, and I know it's trickling down into the mainstream because I've been asked for my thoughts on it at least 25 times. I keep telling people I'll write a post about it, and here we are!

I think people ask me about Soylent because they want to see me flip out. After all, our number one nutrition rule when working with Kenzai trainees is no processed foods. During your training cycle, if a food is made in a factory, it's out of your life. We've used this real-food philosophy to get thousands of people in fantastic shape without resorting to bizarre and unnatural diets. Soylent is the opposite of all that, so people ask me about it and sit back, waiting for one of my trademark tirades.

But, having thought about Soylent for a few months... well... I kind of like these guys. 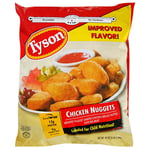 Processed food is a real problem. You can track the rise of highly manufactured, calorically dense food directly with obesity. Where the fast food, frozen dinners, and high fructose corn syrup drinks go, fat follows. Most processed food is pulling out every trick in the book to convince your eyes and tongue that it's real food.

Take something like these frozen chicken nuggets. This is made from the combined meat from hundreds of birds, mixed into a meat slurry, and then put into special molds that make it resemble something made by hand. Here's an example of the chicken coming off the assembly line, you can see the different "hand-made" shapes, exactly 4 different molds repeated endlessly.

The meat now shaped and tenderized, a heavy mix of salt, sugar, spices, and preservatives are added, the whole thing is battered, fried, and frozen, ready for consumption in the next 6 to 18 months.

The R&D department at this chicken company has spent millions of dollars getting these nuggets to have the right taste, smell and texture profile, all in the effort to distract your brain from the fact that it's a highly artificial construct. This is the game of processed food. Finding the balance between producing cheap food that's not so bad the customers palates reject it completely. Your health and wellness is not part of the equation.

This is why I kind of like what Soylent is doing. They're not using any tricks to fool you into thinking the drink is a real food. It's a nasty sludge of oat powder, flaxseed oil, and dehydrated whey. The taste has been compared to play-doh or liquid bread (I have not tasted it). If you're drinking Soylent, there can be no doubt in your mind that you're eating a highly processed food, if you can call it food at all. This is also why Soylent brand name is genius. What better way to be unashamedly artificial and modern than calling your sludge-beverage Soylent?

The truth is, those chicken nuggets are just as processed as Soylent, if not more. At least with Soylent all the cards are on the table. In fact the recipe is completely open-source. If you're dedicated enough to find all the chemical compounds you can make your own batch at home. This is an honest, transparent way to do things, which is the same philosophy we have with Kenzai programs. I respect that. Believe it or not, I would rather people be drinking Soylent than eating those nuggets.

So, am I finished with real food? Is my year's supply of Soylent currently being shipped by drone to my house? Hell no!

I don't really mind what Soylent is trying to do, but there are several huge problems here:

Believe it or not, I would rather people be drinking Soylent

than eating those nuggets.

This drink has been tested by a few thousand people for a year or less. Nutritional deficiencies can take a long time to express themselves. Worse is that the most vocal proponents of Soylent, as well as the creators, are mostly in their early-to-mid 20s. When you're that age you can pretty much eat whatever the hell you want and you'll look and feel ok.

Study after study has shown that the body prefers to absorb nutrients in their natural context. Your body prefers beta-carrotine from a carrot much more than from a pill or powder. As scientific as the Soylent community tries to be, you can't just check a series of boxes to meet your nutritional needs. Your digestion is an ecosystem, it has to be approached as a dynamic, interlocking, biological network.

My biggest concern with long term Soylent use is that it will dramatically alter the gut flora of the digestive tract. When you eat things like fruit, vegetables, and meats, you introduce a nice mix of bacteria and microbes into your system. Having a good variety of bacteria keeps your digestion robust. Month after month of sterile, isolated compounds will most certainly homogenize the gut flora, which makes for a weaker, more illness prone body. My hunch is a negative response from the gut bacteria is actually what causes the famous flatulence associated with one's first week on Soylent.

Soylent's creators insist that they're not trying to replace the special meals in your life. Soylent is there for those meaningless meals when you'd usually order take-out or eat a frozen dinner, meals that are a waste of money and time-efficiency. But if you're eating real food, there are no meaningless meals. I don't see the 15 minutes it takes to prepare a fresh lunch as time lost. I get to use my hands, smell fresh foods as they're cut and cooked, and have a chance to come back to the present moment. I think this is an important part of being human.

I worry for the mental health of anyone who embarks on a very unusual diet, Soylent or otherwise. Usually it makes them, for lack of a better word, kind of weird. And not much fun to be around.

Soylent tries to fill two niches. One is for people looking for cheaper food alternatives. Soylent costs just $3 a meal. The second niche is people who are too busy to eat.

The biggest bummer for me about Soylent is that this is where we've arrived as a culture. That people feel so impoverished or so pressed for time (or both) that even eating is on the chopping block, all in the name of efficiency. I don't really want to live in a world where we're so obsessed with productivity and cost-savings that we don't stop to cook or eat anymore. I already think we've gone too far down this path, even before Soylent. We can do better.

So that's where I'm at now with this new food trend. I'm sure my thoughts will continue to evolve. At the end of the day, Soylent doesn't bother me. In fact I hope a lot of people try it. The usual reaction seems to be "This is ok, but damn do I miss real food." And real food, coupled with sustainable technology and farming methods, is what will save us in the end.