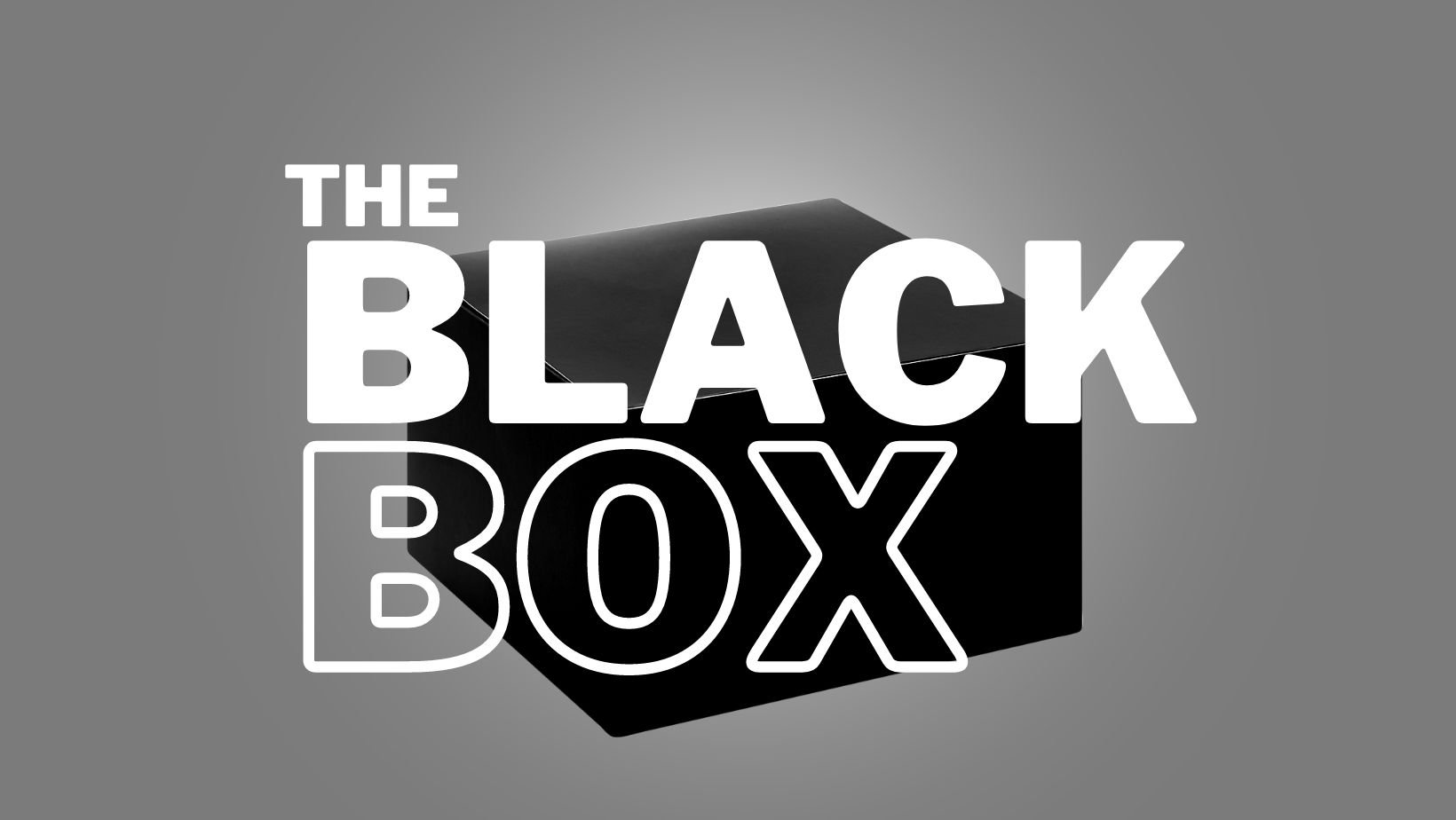 As a fitness coach and teacher, I do my best to accentuate how looking and feeling good is a consequence of your actions, and you have a lot of control over your actions. This is good news. It means that getting in shape is something that’s in your sphere of influence (unlike many other things in life).

There are things we know without a doubt improve your mental and physical health. A wholesome, vegetable-rich diet, moderate daily exercise, and high quality sleep being the top three must-haves. If you break down those three things into small, actionable tasks you do each day, good health starts to unfurl itself without you having to do anything big or dramatic.

Of course, I try to walk the talk and make good choices in my own life. And for the most part I do pretty well, and look and feel good because of it.

However, on a recent weekend, for no discernible reason, I felt like toxic sludge. I wasn’t hurt, I wasn’t sick, I wasn’t sad, I wasn’t anything. I just felt flat and listless. 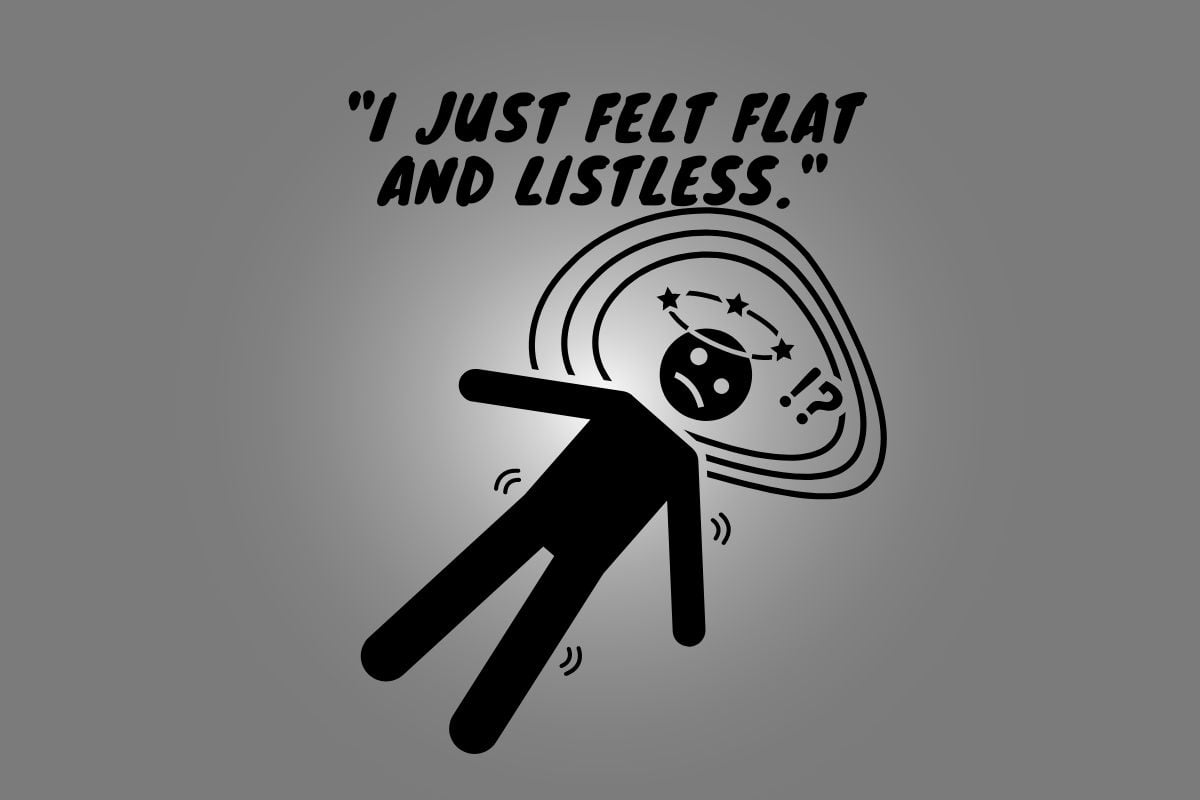 I couldn’t focus on work, and had zero motivation to exercise. I just lay in bed for a while, then sat on the sofa for a while, then watched a show I had no interest in, then browsed my phone mindlessly before going to sleep. This went on for two days, and then I woke up, back to normal, and everything clicked back into place like nothing had happened.

This cycle hits me a few times a year, and I’m sure you’ve had similar experiences. Sometimes, no matter how well you’re doing with your food, exercise, and sleep, you just feel “off.” 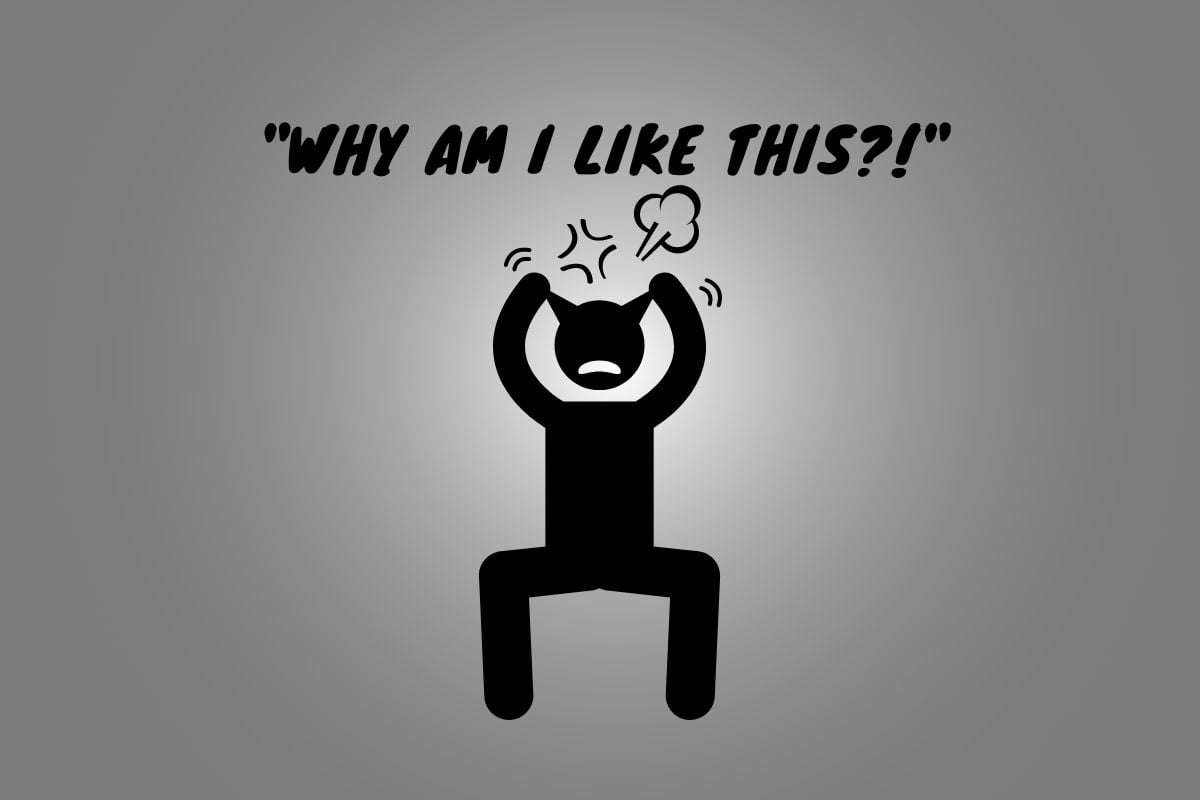 I used to beat myself up when I would have one of these low-energy episodes. I would overreact, read a bunch of self-help content, try some random cleansing food or drink, and work to pinpoint what exactly was going wrong internally. And when the ennui would dissipate I’d try just as hard to figure out what cleared it up and learn where I went wrong so it wouldn't happen again.

In the last few years I’ve learned to trust myself more. Instead of trying to fix a period of low motivation, I just ride it out, knowing that whatever is going on will correct itself and I’ll be back to feeling normal soon enough. The difference is like trying to get through ocean waves by standing up and letting them smash into you, or being smart and diving into and under them. One way just leaves you exhausted, and the other gets you through the rough surf without having to fight for every step of progress.

The biggest philosophical change I’ve made is to accept that in many ways the human body is a black box. 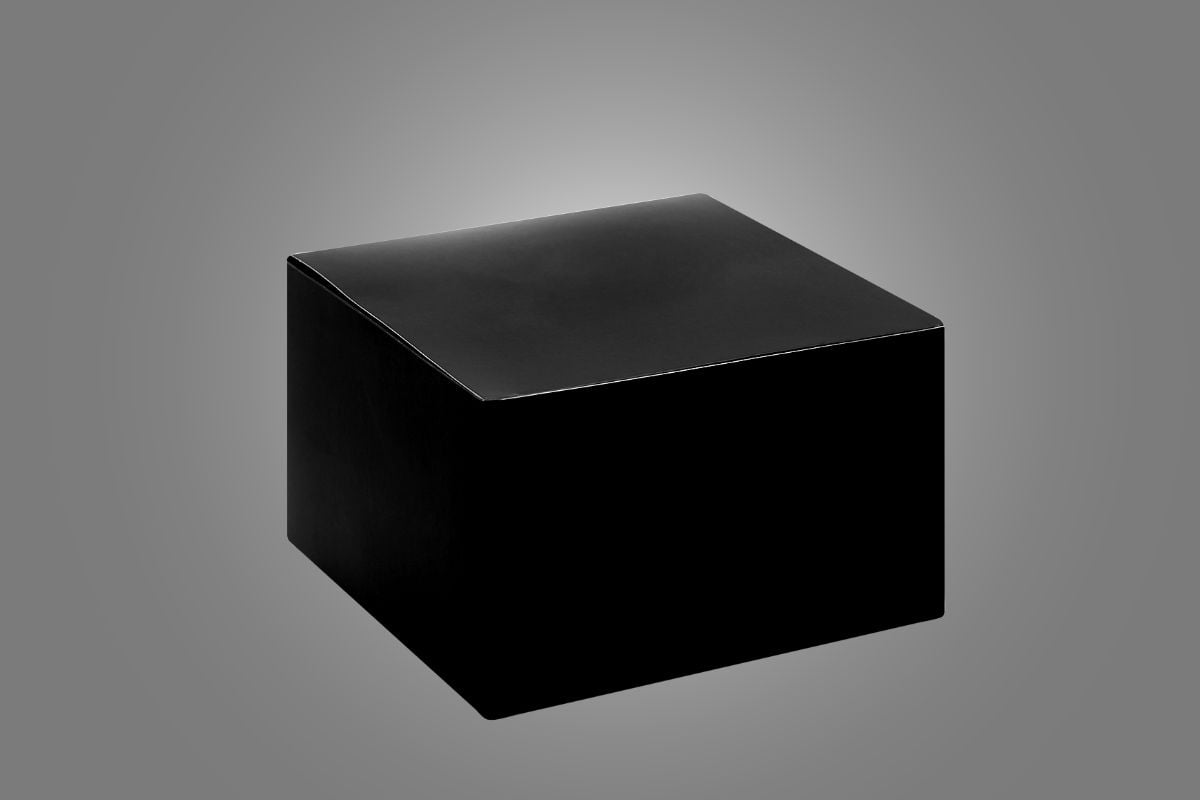 It’s simple enough to understand the general outlines of how the body works — digestion, metabolism, the ATP cycle, etc… but the thing that creates the mystery is the chemistry of hormones, enzymes, and proteins all swirling into each other with subtlety beyond our understanding.

When trying to get to grips with mysterious chemistry, I often think about the experiment known as the iodine clock. In this reaction, water, ascorpbic acid (Vitamin C), iodine, hydrogen peroxide, and cornstarch are mixed. After some mysterious period of time, the two clear liquids become dark black-blue in an instant.

The color-change is delayed because before the iodine can express its darkness, an initial chemical reaction has to reach a certain threshold. Once the tipping point is reached, the second reaction occurs rapidly and the mixture flips to dark like a switch.

What I like about the iodine clock reaction is that it gives you a hint at how lightning-fast chemistry can occur. We’re used to thinking of electrical operations as fast (you flip a switch and the light is instantly on), but in our day to day life, wet, liquid chemical interactions feel slower (the cream slowly clouds into the coffee, or the yeast takes an hour to raise the bread). But chemistry is just the science of rapidly moving atoms smashing into each other and making new molecular combinations, and that can happen wickedly fast and in unpredictable ways. 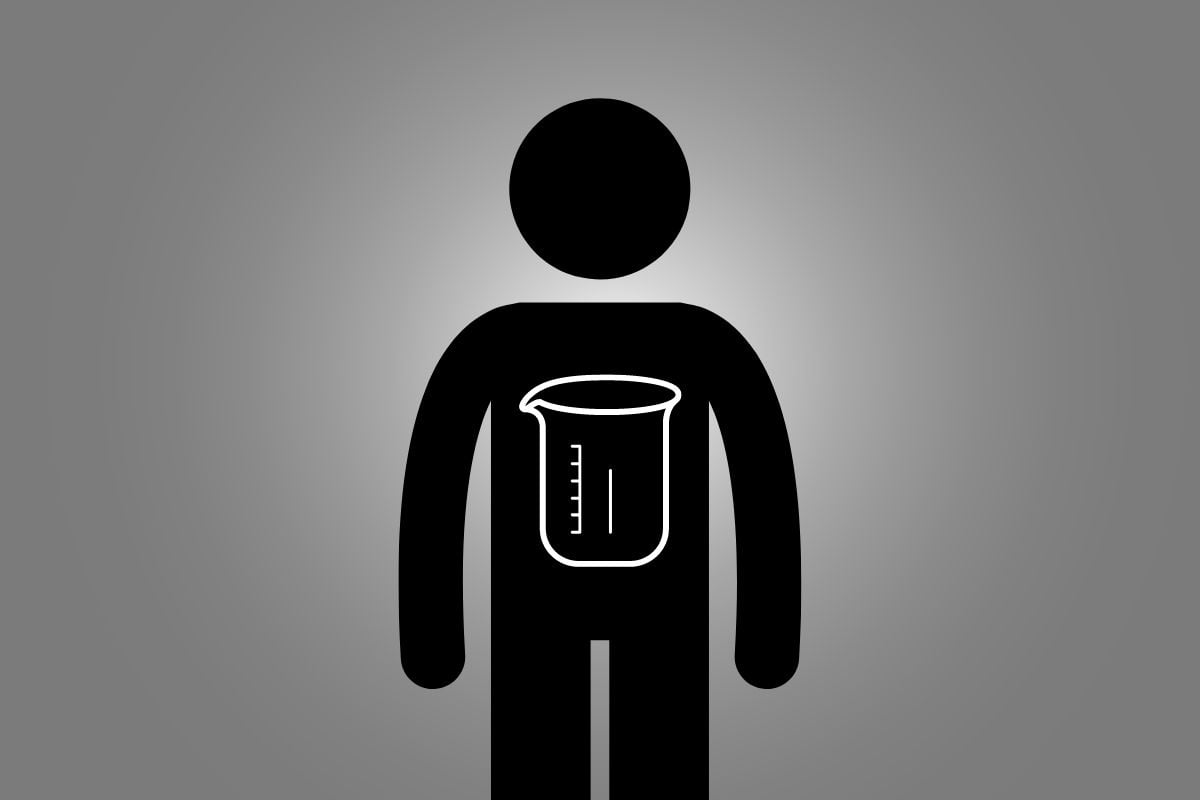 Your body is a walking, talking beaker filled with various sacs, glands, and spongy structures full of different chemicals. As you go through the day, the environment prompts these different chemical reservoirs to release their brew and mix inside of you.

For example, let’s imagine you’re walking down the street and are startled by a dog which suddenly barks and leaps at you from behind a fence. Your body instantly tenses up. Your eyes dilate. Your breath becomes short and sharp, and your heart starts pounding. All of this is a product of adrenaline racing through your system. Within one second of the dog surprising you, your bloodstream has adrenaline blasting through it, as quick as the iodine reaction above. In Pulp Fiction, Uma Thurman gets an adrenaline shot to the heart to keep her from overdosing. The moment the dog leaps out, your brain gives YOU the same kind of adrenaline shot, straight to the heart (and all other muscles of the flight or fight response). Hardcore stuff. 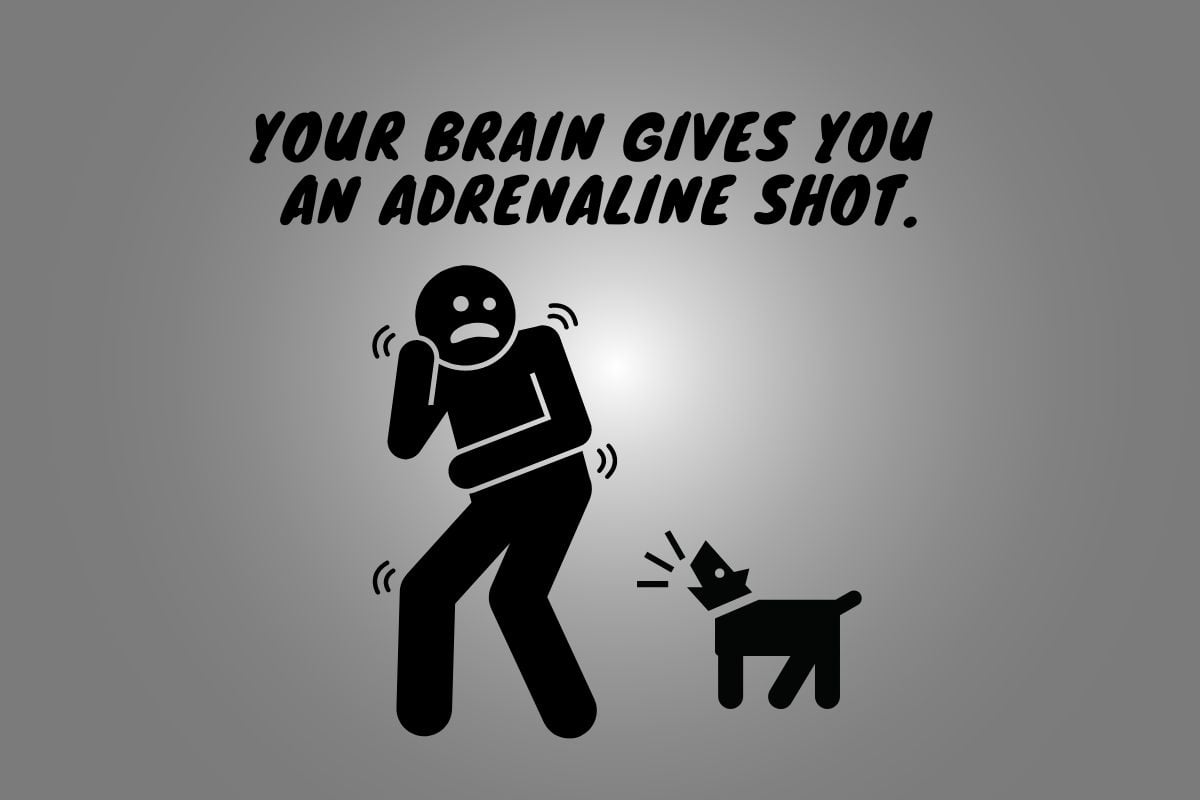 The barking dog is just one example. We pass all of our days in this chemical haze, with the brain, liver, kidneys and the rest of the endocrine system pumping out custom blends of reactive agents in a dizzying array of combinations and titrations. We’ve become familiar with some of the “name-brands” of our in-house pharmacy; adrenaline, cortisol, dopamine, serotonin, oxytocin, testosterone, estrogen, HGH, and so on. These different chemicals mix in subtle ways, and interact with receptor points all throughout our brain and body. Add it all up (plus the action of enzymes and differently folded proteins) and it amounts to how you “feel”.

During that odd weekend where I felt so low, the list of what could have been going wrong internally quickly becomes unfathomably complex. I could have been unknowingly fighting off a virus or bacterial infection, meaning high levels of immune response hormones and inflammation sapping me of vital energy. I could have had some hiccup in my dopamine and serotonin levels, due to a change in internal homeostasis caused by a change in season, poor sleep, or body recomposition. It could have been stress asserting itself with higher levels of cortisol, keeping me in a kind of low-level fugue state. It could have been a thousand other things involving hormones I don’t even know the names of. 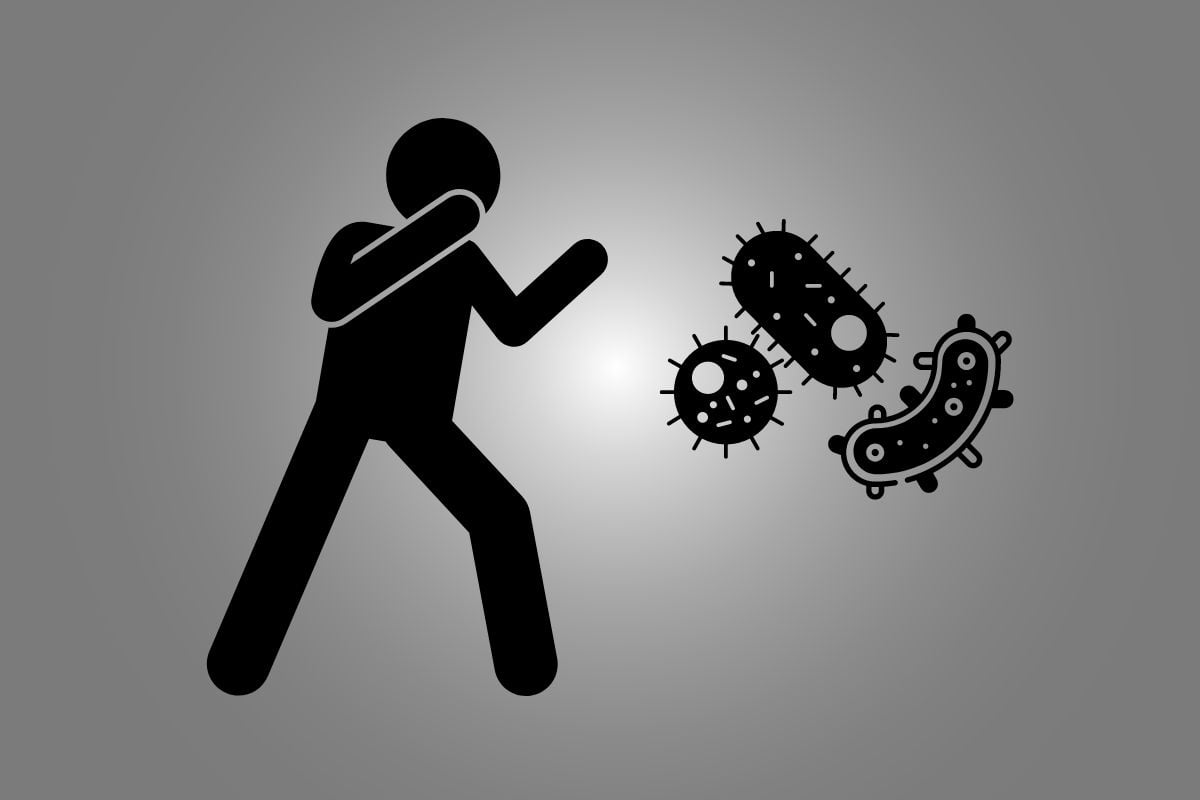 This is why I call the body a black box. We do our best to add the right inputs into one side of the box, but we can only make educated guesses at what happens in there, and what outcomes will pop out on the other side. And sometimes, despite getting your inputs right, you end up feeling wrong.

Where people get in trouble is going through a black-box-rough-patch and in response, trying to upend their training and nutrition in an effort to feel right again. This gets you into a pattern of overcorrecting, swerving all over the road and ultimately undermining your wellness efforts (often related to the phenomenon of Switching Trails on Mt. Fuji).

At Kenzai, we guide people through the process of a real training program, with strict, assigned nutrition and exercise tasks. We know, in aggregate, that these changes will make the client leaner, stronger, and more vibrant. But sometimes the black-box effect kicks in, and a person who’s doing everything right will find that in some particular week they’ve gained mass, lost energy, and are feeling worse than before. Our advice in these cases is to stay the course and see how they’re feeling a week later. In nearly every instance the ship rights itself and fitness progress starts rolling in again.

We could spend that week looking at the situation from all the angles, devising different nutrition and exercise tweaks, trying to tease out information from the black box. But for everyone’s time and sanity, it makes a lot more sense to stick with the program and trust that the body will work out its hiccup. Your body is usually a lot smarter than a whole team of Kenzai trainers. 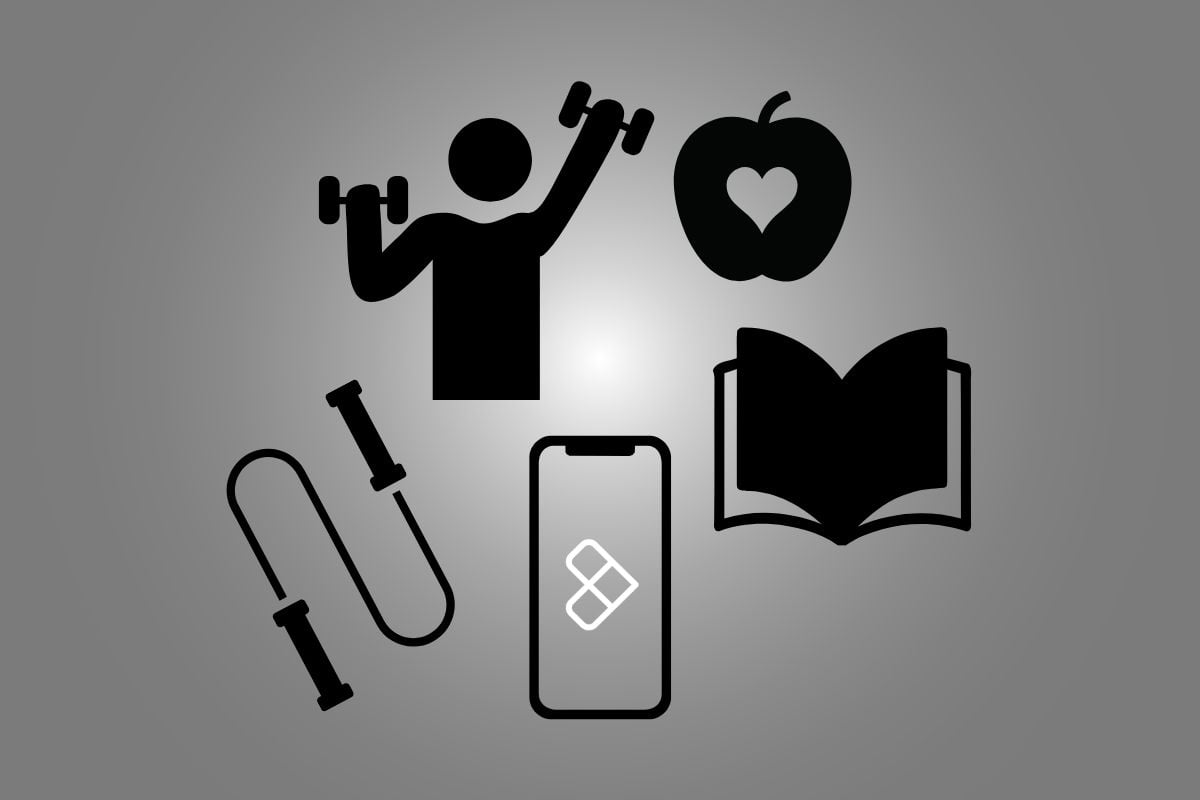 The fact that the body just occasionally does temporary weird stuff can inform you in another way — if you’re having a rough patch, and it never seems to go away, despite weeks of patience and doing the right things, then it’s a good indication something in your system isn’t functioning correctly. It could be a disorder like your thyroid not producing enough T3 and T4 hormones (hypothyroidism), a tumor in your pituitary gland causing release of excess cortisol (Cushing’s disease), or autoimmune disorder attacking your adrenal glands, causing too little cortisol (Addison’s disease). But these types of disease are extremely rare, and will feel much more oppressive than a normal black-box-hiccup.

Ironically, it’s often the people who are having a random off-week who jump to exotic explanations like hypothyroidism, while those who are chronically suffering are the ones who shrug and say “I guess this is just how I am.” If you’re consistently eating well, exercising, and sleeping, and STILL feeling run-down and out of sorts for weeks on end, it’s time to call the professionals who have the tools to pry open a bit of the black box and see what’s going on in there.

But for those normal days where you just feel a little off, trust your body to figure things out.

Your body is a busy chemical engineer, performing complex chemistry inside you. Sometimes during this process it knocks over some beakers and bunsen burners in its exuberance. Sigh and smile. This is what it means to be a living, breathing human.