Have you ever spent time watching a lizard? Compared to other animals, they’re not very exciting. For most of the day they just sit, completely still. They’re not sleeping, they’re just sitting, not moving a muscle, for hours at a time.

Here’s a question for you. Do you think the lizard, as it sits there, feels bored?

It’s hard to say for sure, but the logical answer seems to be no. Not because it’s a dumb or lesser animal, but because evolution hasn’t made boredom a useful sensation for a lizard. Think about what humans do when we’re bored. We fidget. We burn through brainpower entertaining ourselves. We eventually get up and find something to do.

For a lizard with its cold-blooded internal systems, too much excess movement is a losing proposition. Every physical action uses up precious metabolic energy which can’t go towards other things like repairing tissue, growing larger, or reproducing. The best bet is to stay still and only move when there’s food (or sex) as a potential outcome.

Perhaps in their 300 million years of evolution, there were some reptiles who got bored and started looking around for things to do. They probably didn’t last long and were quickly selected out of the gene pool. For a lizard, boredom is a liability.

Now think about your mammalian pets. If you’ve ever had a cat or a dog, you know they definitely get bored. Unless napping or sleeping, they don’t tend to sit still for long periods. They get fidgety. They groom themselves. They go check out noises in the house. They look out the window. If they get bored enough, they come to you looking for some entertainment.

Mammals operate in an opposite paradigm to reptiles. Because we’re warm-blooded, we need to constantly be on the hunt for fresh energy sources. A lizard can go a month between meals with no negative consequences. A month without food for a mammal will bring them to the brink of death, and create long-term health consequences.

This is why the unpleasant sensation of boredom exists. In a world where the animal needs to constantly be scouting for food sources, it’s advantageous to not let the mind feel cozy and comfortable doing nothing at all for long periods of time. And so after a while of doing nothing, the brain sends out “feel-bad” chemicals that prod us to get up, have a look around, and explore new food (or sex) opportunities in the environment. (Incidentally, this is why boredom and food go hand in hand, and why you’ll sometimes feel like you’re eating “because you’re bored”.)

No animal on the planet has profited more from boredom than homo sapiens. Bored humans were the ones willing to climb the hill to see what was on the other side, expanding our footprint across the planet. It drove them to start fiddling with stones, mud, leaves and fur, eventually figuring out how to create things like spears, pots, baskets and clothing. It slowly created folklore and myths as we sat around ancient campfires telling stories about how we imagined the world worked. And who else but a bored human would go to the trouble of mixing up some dyes and drawing on the wall of their cave, just for something to do.

Detail from Lascaux Cave Painting from 15,000 years ago

Boredom isn’t a character flaw. It’s part of your suite of survival skills. When you feel pain you instantly withdraw the body part that’s in danger. When you feel cold you instinctively bundle up to retain body heat. And when you feel bored you start looking around for new stimulation that in turn creates new survival strategies.

Nobody likes being cold, or feeling pain, but without these sense-feedback loops we’d be in a lot of trouble. Boredom is the same. It’s a healthy thing to feel from time to time, because positive things often come from it.

The problem is that we’ve gotten exceedingly good at creating a world where we can keep boredom at bay 24 hours a day. When the discomfort of boredom starts creeping up, endless entertainment is now available at the tip of our fingers. TV, movies, spectator sports, podcasts, social media, and video games are always there, and are becoming more compelling all the time.

Imagine you had a stabbing pain in your leg, but instead of getting it checked out you just took strong painkillers every day until the leg was numb. You avoided the pain but we all know you’re in for a lot more trouble down the line, because you’re only papering over the root problem. The same goes for always reaching for quick, easy entertainment at the first hint of boredom. It’s good to feel bored sometimes, to sit with it, explore it, and see where it takes you.

One of the least helpful expressions on this topic is “Only boring people get bored.” This paints boredom as a personality defect, when it’s actually one your best survival instincts. Boredom is your brain nudging you to go push a boundary, try something different, and learn about the world. Getting the drive to do that comes from letting the boredom smolder for a while, not immediately smothering it with a wet blanket of media consumption.

Remember this the next time you feel the sensation of boredom. It’s as normal and healthy a feeling as being hungry. Just as we try to avoid junk food and eat nutritious, wholesome meals, feed your boredom with nutritious activities that fulfill the purpose of the ancient instinct— to explore your potential and expand your horizons!

What to do the next time you feel bored: 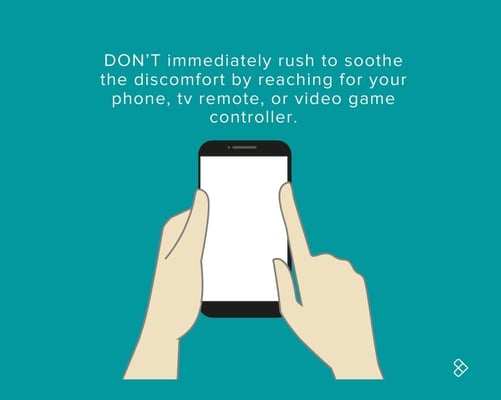 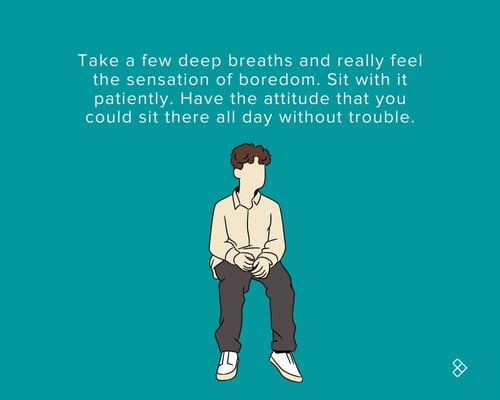 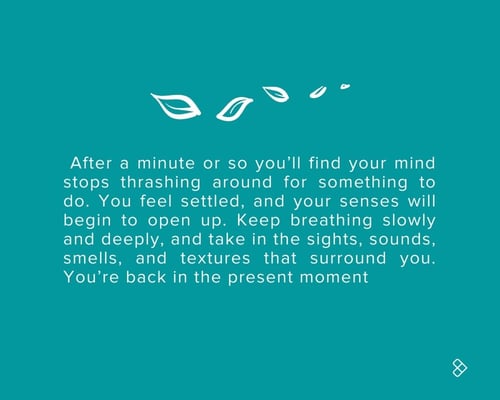 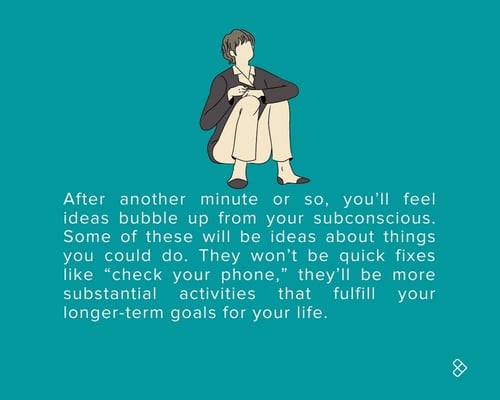 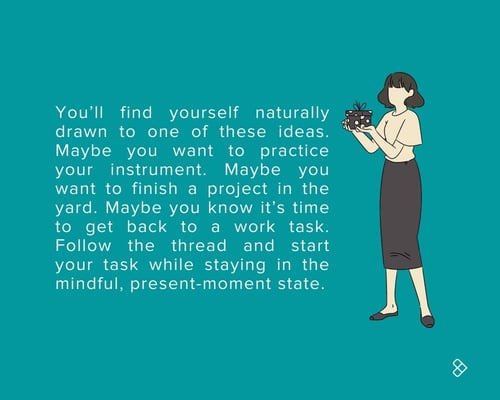 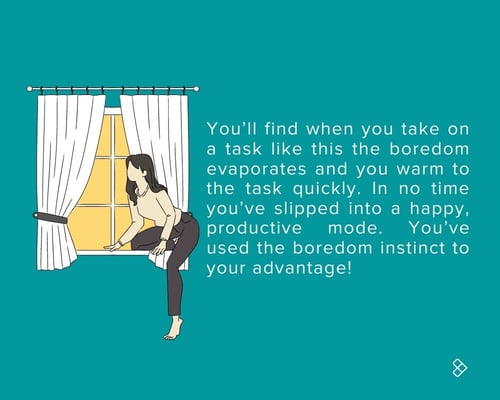