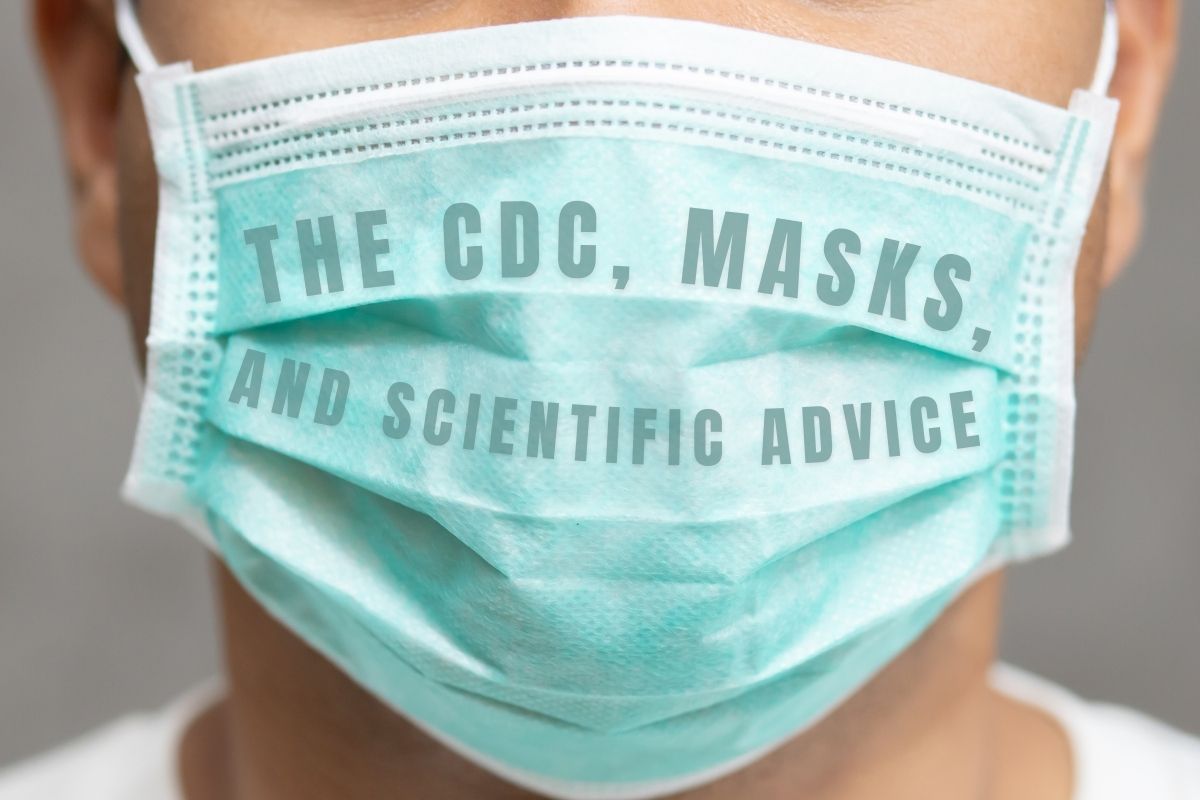 How to best release truthful information to a random world?

On May 13th, 2021, the CDC came out with interviews and press releases that caught people around the US and the world by surprise. The essence of the announcement was straightforward. “If you’ve been vaccinated, you don’t have to wear your mask anymore, except in special circumstances like medical facilities and public transportation. Everyone else still needs to wear their masks.” Simple as that.

This new recommendation came from a collection of studies, some from thousands of health care workers in the US, and others from Israeli studies of the general vaccinated population. These studies showed conclusively that vaccinated people not only have less of a chance to catch COVID, but that in the rare case that they do catch it, they have essentially no risk from hospitalization. But most important of all, the vaccinated population doesn’t seem to pass COVID from one person to another.  For all intents and purposes,

This article isn’t about the pros and cons of wearing a mask, but about the judgement calls that go into giving and receiving scientific information. The CDC no-masks-needed announcement is a perfect example of the thorny issues that crop up. When the announcement came out in mid-May, there was an immediate negative reaction from a lot of people who had been studiously following CDC guidelines and wearing their masks all year.

The first response was, “This announcement assumes that the non-vaccinated will wear their masks. We know that’s not true. People will fib and say they’re vaccinated when they’re not. This approach puts those who can’t take the vaccine (the immunocompromised and children) at more risk.”

There were calls to not rush America’s de-masking. To phase things in gradually with the help of local governments and the conditions on the ground. Many people continued to wear their mask even after vaccination. 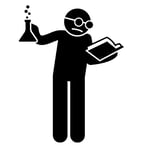 One epidemiologist summed up her view on the situation. “The science is correct. What they got wrong is the communications, the behavioral science and the all-of-government approach that needs to be coordinated on the local level.”

On its face this “not so fast” approach sounds sensible and safe. But in my opinion, it’s the absolute worst way to go. Why? Because large groups of people are a stochastic system which you’ll never outsmart. So just tell the truth.

What does that mean? A stochastic system means that the system has rules, but within those rules randomness will determine the final outcome. If you’re holding a bird in your hand and let it go, there’s a fairly random chance it could fly in any direction. But there’s a very low chance that it will fly straight into the ground. The bird follows certain rules, but within those rules is a lot of variability.

Most things in life have stochastic properties. You know the outcome will fall into a certain range, but can’t tell what the exact result will be. Tomorrow the 80 dollar stock you bought might go up to 90 dollars, go down to 70 dollars, but it probably won’t go to a million, or to zero. A person might be 5 feet or 6 feet tall, but probably not 10 feet or 2 feet tall.

When you’re looking at a population, you have millions of people who all follow their own rules of behavior. Some are aggressive, some are kindly. Some prefer to go their own way as an independent unit, and others prefer to cooperate for group success. Some distrust government and science, and others will follow the CDC recommendations down to the letter.

When it’s time to give advice to this stochastic, random group of people, you’re never going to be able to predict behavior down to the letter, just as you can’t guess the exact number a stock will land on. When you try that, unexpected results always come about.

Here are some examples from history. 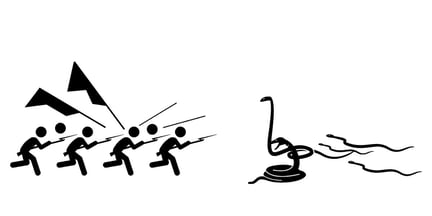 During colonial rule of India, there was an effort to reduce the population of venomous cobras in Delhi. The British government paid a bounty for every dead cobra brought to them. The program was fantastically successful, until a few months later when the British discovered that clever locals were breeding cobras and turning them in for bounty as a money-making operation. When the British stopped the bounties, the cobra breeders released their snakes and there were more cobras than ever before in Delhi. 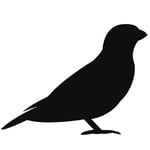 Similarly, in Maoist China, there was a campaign to reduce the sparrow population which ate precious seeds from the field. Villagers were rewarded for every dead sparrow brought in. The population ran with this idea, with kids roaming around at all hours of the day banging pots and pans to keep the birds from being able to land, until they fell from the sky dead from exhaustion. The “Kill a Sparrow” campaign was a great success.

However, with an ecosystem devoid of sparrows, locusts and other pests had no predators and promptly ate all the grain, far more than the sparrows! 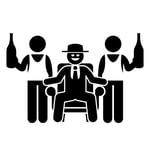 During the 1920s the United States began the experiment of prohibition, where alcohol was made illegal. This only drove drinkers underground to speakeasies and black markets, and became the foundation of the Italian Mafia, which ran the illegal trade. Prohibition ended in 1933, but the mob has stuck around to this day. 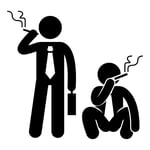 In an effort to curb smoking, some counties established smoking bans in bars and restaurants in the 90’s. The Journal of Public Economics did a study in 2008 that showed when a smoke-free county bordered a smoking allowed county, the number of drunk driving deaths increased 20% in the smoke free county. The reason? Smokers were driving to the next county over to be able to smoke and drink, and on the way home getting into accidents.

In all of these examples, the government tries a top down, highly targeted solution to a problem, but doesn’t account for the surprising stochastic properties of human groups. When you apply pressure to people a certain way, they’ll often squish in an unexpected direction, like when you squeeze a water balloon. If you think back to times you’ve tried to influence people in your own life I bet you can find some examples where you got a result that was completely different than what you expected!

This brings us back to the question faced by the CDC when they got back the results that masks weren’t necessary for the vaccinated anymore. They could have tried all kinds of schemes to gently unmask the nation, but I think they would have caused even more confusion and distrust. Instead, they just put the science out there, gave the guidelines, and didn’t try to force the population one way or another. So what happened? 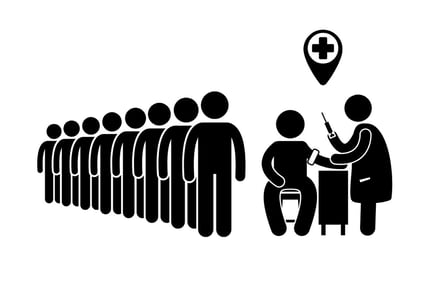 Some people reported that they wanted to get the vaccines so that they could take off their masks, but a great many people had a counterintuitive reasoning. They knew very well that people who didn’t believe in vaccines would fib and go maskless when they weren’t supposed to, and they wanted protection against the anti-maskers. Where they had been on-the-fence about getting vaccinated before, the end of mask-wearing was the push that got them to book their appointment. Distrust of their neighbors drove better vaccine rates! That’s the kind of stochastic result that’s impossible to plan for. In this case, it worked out.

As of this writing in early June, COVID rates have continued to decline steadily, even as more people go maskless. The science was correct that vaccines really do stop the disease, and that wearing masks in daily life was an unnecessary step for those who got the shot.

The point of this article is to help you understand that science (and the scientific method) is a powerful tool that gives you the right answer about how things work. But it can’t predict stochastic outcomes. You can run a test in a lab 100 times and get the same result 100 times. But throwing a problem to a group of people will get you 100 different results based on the inherent randomness of the system. When faced with that situation, don’t try to be clever, just tell the truth and let the people work it out. (Incidentally, this is how we make our fitness programs too. There are no cute mind games, we just lay out how your body works and give you the plan to change it.)

Most of the time people will arrive at the right choice eventually. I know we’ve had some rough years, but in the scope of history we’re on an upward spiral, getting smarter and more insightful each decade. Take a lesson from this mask situation. Follow good peer-reviewed science and just tell the truth!

The Messy Business of Good Science

The Nature of Knowledge

Happiness is at the Second Deviation