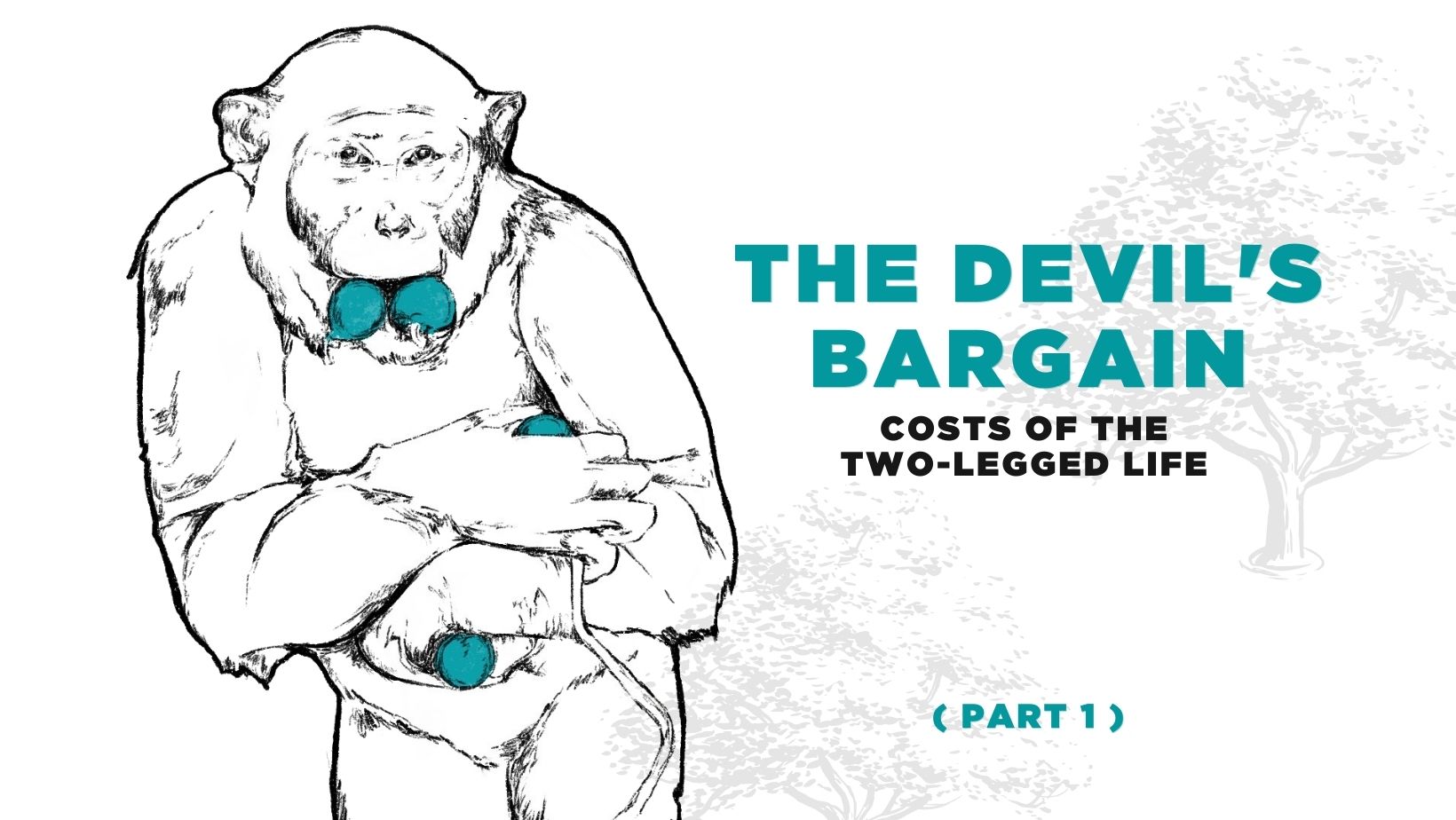 PULSE - The Devil's Bargain: Costs of the Two-Legged Life | PART 1

In the biblical creation myth, the devil tempts Eve with an apple which gives her knowledge of both good and evil. The consequence of this deal is banishment from the Garden of Eden.

In human evolution, a similar bargain was made. Natural selection offered us a tremendous gift, but it comes with a lot of baggage which can make life miserable.

There are more than 6000 mammalian species, and of that group, only one, us humans, are bipedal. Other primates have the ability to move unsteadily on two legs, but only for short distances before dropping back to their preferred style of knuckle walking. Kangaroos look like they’re on two legs but actually rest part of their body-weight on their sturdy tails, and of course, instead of walking, they hop. It’s easy to take it for granted, but walking is pretty special.

Human evolution occurred over 6 million years in the savannas of Africa. For our earliest ape-like ancestors, this was what the whole world looked like:

When you’re living in a flat world, covered in tall grass, it becomes extremely useful to be able to get some height and check out what’s going on around you. Height gives you the chance to spot food opportunities, or avoid becoming a food opportunity yourself. You could do this by climbing and living in trees, which our ancestors did. But even if you stick to the trees, you’ve got to sometimes move between trees to keep finding greener pastures.

One theory is that this is where bipedalism started, as our ancestors moved from tree to tree, they would take the unusual two legged stance to keep an eye on things, and to have free hands to carry food or youngsters. You can see primates of all kinds do this today. 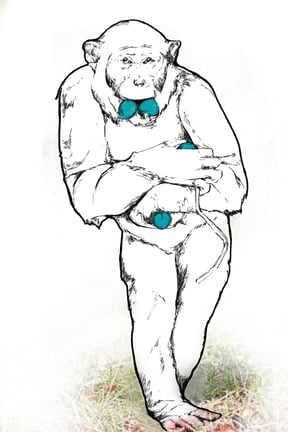 A chimpanzee takes a brief two-legged jaunt so that food can be carried in the arms.

The theory goes that bipedalism was so useful that our primate ancestors started relying on it more and more. And as the millenia came and went, our bodies adapted to life on two legs, and we actually evolved into being really, really good at it. 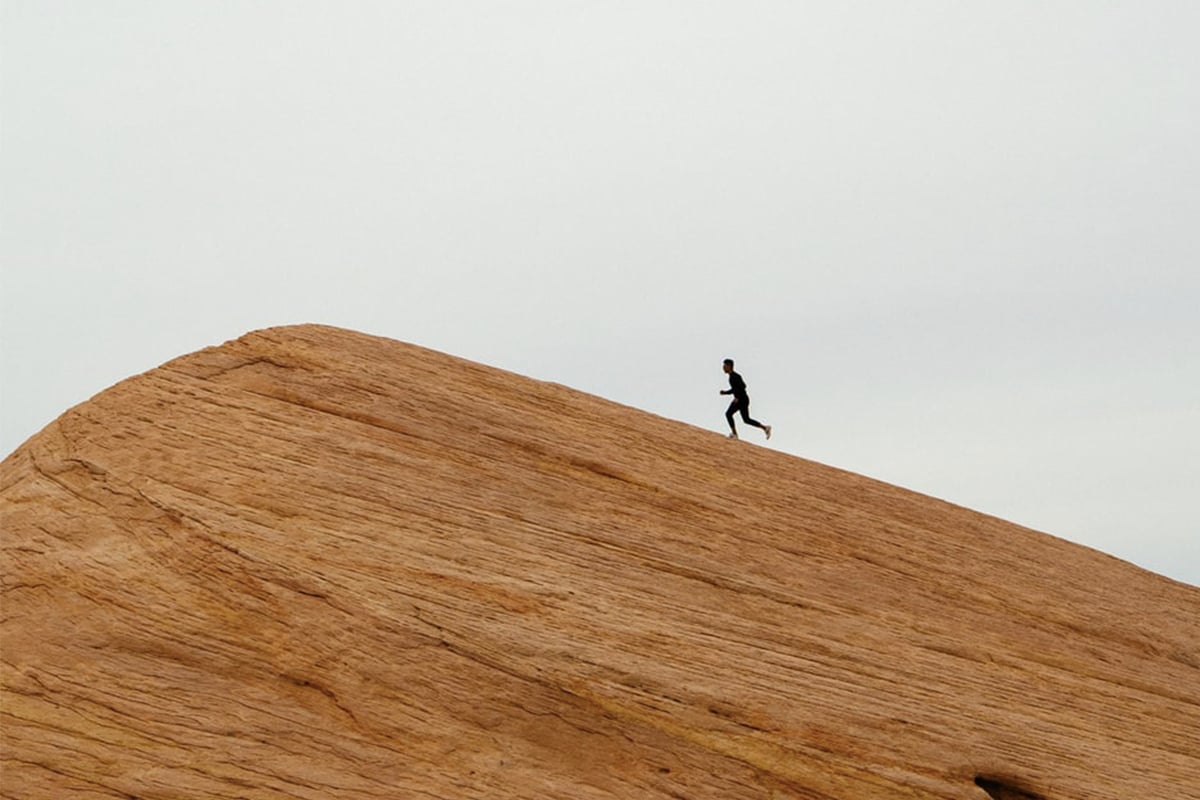 However, our evolution towards bipedalism is a devil’s bargain. We get a lot of amazing abilities, but we pay the price for taking such an unusual evolutionary path.

Let’s take a look at some of the side-effects that come from living in a bidpedal body:

Troublesome Bipedal Adaptation 1 - THE SPINE AND BACK MUSCLES

In order to stand and walk, the spine is pitched straight up into the air, with the heavy skull sitting on top. The bones and muscles of the head, chest and arms now hang from the spine like a heavy jacket on a coat rack. In response to all this mass, the human spine evolved towards an “S” shape, with curves that dissipate weight and provide cushioning as we walk and run.

All mammalian spines are made up of vertebrae separated by discs of cartilage. This gives the spine both flexibility and structure. But when you stand the spine up on end, these discs must maintain all their movement function, but in addition become load bearing. You can see the effect of this load bearing when you observe that in the morning you’re about 1cm taller than when you went to sleep. 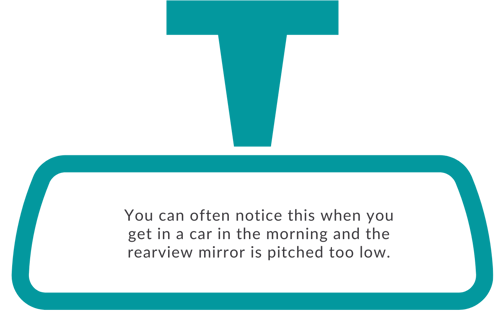 As you age, all joints and cartilage experience deterioration. But when your intervertebral discs break down, it’s a huge pain, literally. In addition to supporting your body, your spine is packed with nerves. When something is out of place in the spine you FEEL it, and it hurts like hell.

The result is a system which is bound to have failure points, usually in the areas of the “S” curve which have the most weight on them and bend the most (the lower back and lumbar). What a mess. 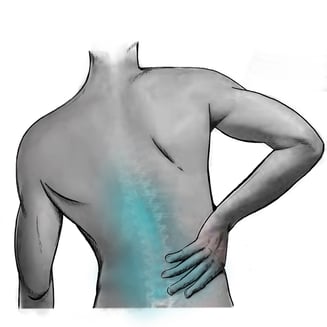 In addition to the spine and its discs, there’s also a lot of evolutionary compromise in back muscle tissue. In order to pull off the feat of standing the spine straight up and down, our lower back muscles evolve to become taut, tendinous fibers, anchored from the pelvis and attaching to every vertebrae up the line. The result is something like a radio tower which is held up from different angles by tight guy wires. 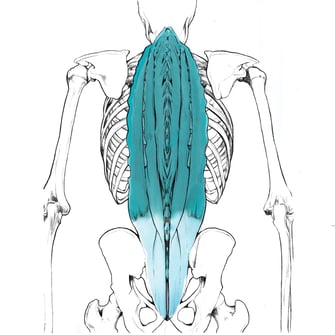 When one of these lower back muscles gets hurt, it creates pain up and down the line, as other complementary muscles have to take on additional strain. This can lead to years of chronic back pain which is hard to recover from, because any time you stand up the injured muscles must do their work. This is the price we pay for needing to see over the tall grass millions of years ago!

Here’s an interesting set of x-rays. These are the femurs of various mammals. 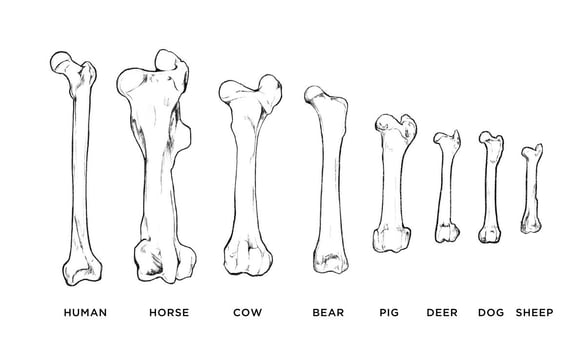 You’ll notice that the human femur is long, skinny, and has its ball joint sticking far out on a narrow bridge of bone. Its shaped this way because our path of walking on two legs means we had to work out an enormously strange gait.

You might think that walking is just swishing your legs back and forth like scissors, but in reality, it’s a complicated swaying motion that requires the pelvis to rock up, forward, and back.

All of this rocking and shimmying means that our ball and socket joint requires a lot of clearance. The femur needs to stick far out to the side, and the bone needs to be long to get the most out of the rolling movement (watch how a toddler struggles to walk with shorter, stubbier legs).

The female pelvis is wider and requires even more rolling to walk, which is why women’s hips appear to sway more than men's. Follow the link for a video explanation (Hips Sway Explained).

This is all great, but take another look at the collection of bones above. The four legged animals that require less range of motion from the hip joint have firmer, better connected balls, which lead to larger, thicker, shorter bones. If you had to pick one bone from that collection that looks easy to break, the human one stands out. It has a long lever and the weakest ball connector.

As we get older, this weakened hipbone design becomes a major liability. Because of our choice to stand on two legs, we tend to fall over pretty easily. All it takes is hitting that ball and socket joint at the wrong angle to create fractures and breaks.

4 legged animals have hip problems too. But they can spread the load out across the three healthy limbs and get by. But knocking out a leg from a bipedal creature essentially makes them a NO-pedal creature. Breaking a hip is game over for walking. Until surgery can repair the joint, the human is grounded.

1 in 3 women and 1 in 12 men will suffer a hip fracture sometime in their lifetime, and in the following year after the injury between 14 and 58% of these people will die. (The 1-Year Mortality of Patients Treated in a Hip Fracture Program for Elders) That’s a pretty big design flaw!

As we’ve moved from the skull to the spine to the hips and femurs, we’ve continued to pile on weight. By the time we reach the knees, about 93% of your mass is sitting directly on one of the most impressive joints evolution has ever produced.

Most people think of their knees as simply bending open and closed like a hinge.

But if you stand and mimic the action of doing the hula hoop you’ll feel that the knees are also capable of swaying and twisting. This is because of the knee’s saddle-like shape, which gives it mobility to the sides.

Put it all together and you have an impressively strong, yet versatile joint. Look how many ways the knees  are working during this MMA fighters roundhouse kick:

For the knee to accomplish all this movement while holding nearly all of your mass, a complicated web of ligaments and tendons is strung in every direction. It’s a real rats nest of anatomy, as if you asked a three year old to tape up a package to keep it safe. 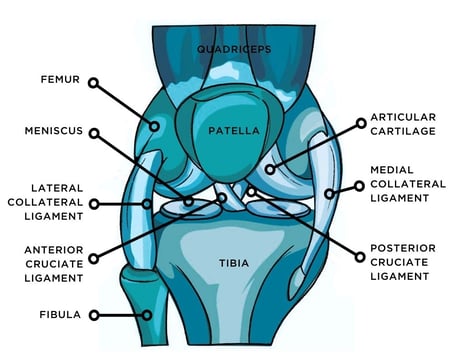 The entire game of bidpedalism depends on these little ligaments. If one is damaged (such as the infamous torn ACL), an athlete can go from fierce competitor to a weeping wreck being carried off the field on a stretcher.

Even if a person makes it to middle age without a ligament issue, the bones, cartilage, and menisci of the knee will suffer natural wear and tear. No matter how fit and healthy you are, you’re guaranteed to have knee issues. It’s just not made to last. If it was a car part, the knee would have been recalled years ago!

(For more knee lambasting, check out this Pulse article: This is Why Your Knees Suck)

The ankle joint, like the knee, is an impressive, but slipshod piece of evolutionary engineering. The leg bone descends into no less than 14 small bones with various gliding surfaces. The whole ramshackle collection is interlaced with more ligaments that make sure things move in the right way. The ankle-conglomeration can move three dimensionally, and does an admirable job of handling all your mass as you walk, run, skip, and jump on your two legs.

That is, of course, unless you happen to land on the foot at an angle. Your mass wants to go straight down, and the ankle bones simply roll out of the way, letting the foot collapse underneath you. All this force can easily rip or tear the small ligaments of the ankle, and you have a sprained ankle.

This isn’t a rare problem. Sprained ankles make up about 30% of sports injuries, and are the most common musculoskeltal injury seen by primary health providers. Who designed such a rickey set-up!? Blind, inefficient, bipedal evolution did.

A life on two legs means living in a body full of compromises and stop-gap measures that barely get the job done, and aren't designed to hold up past our years of fertility. But this doesn't mean you have to resign yourself to a slow, painful slog into old age. With some basic self-care you can damped and reduce the problems caused from our dicey bipedal bargain.

That's what we'll dive into in the second half this piece. With some basic self-care and lifestyle choices, you can make the two-legged life not one of trudging, but dancing! Stay tuned for The Devil's Bargain part 2: Solutions.