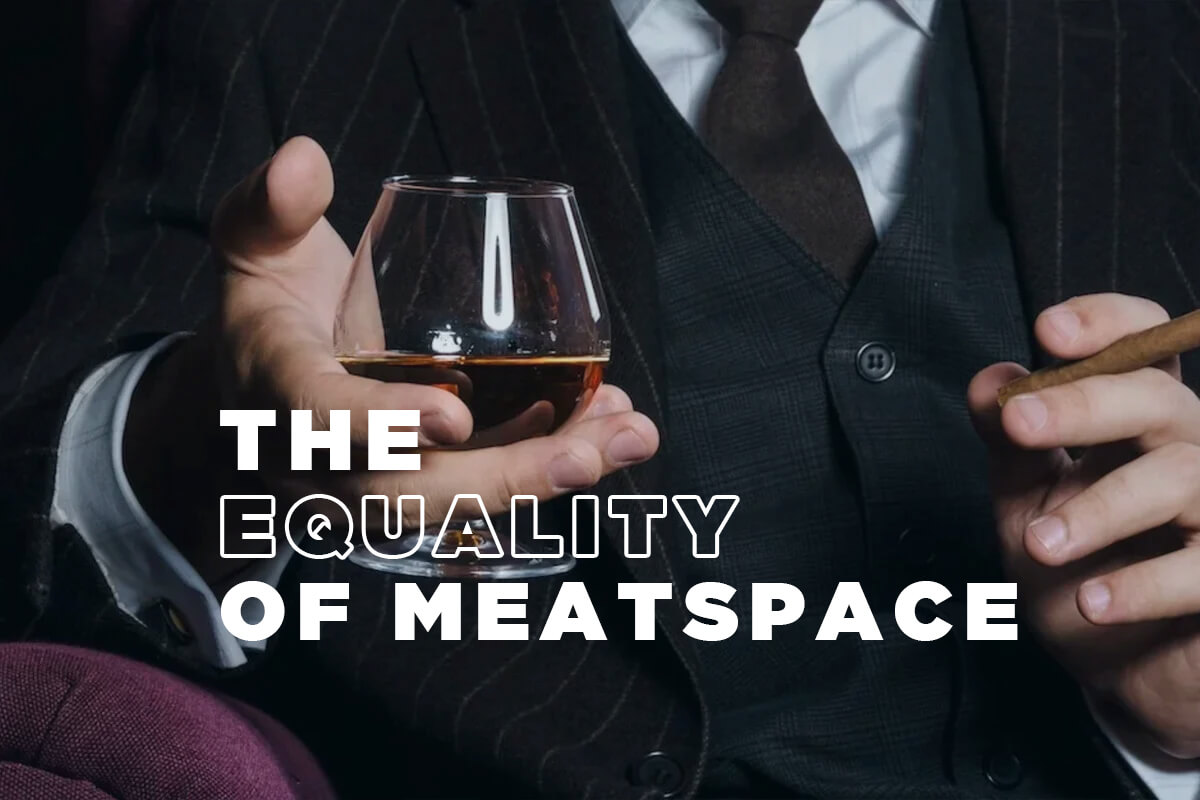 PULSE - The Equality of Meatspace

A few months ago Credit Suisse issued it's global wealth report for 2014, and it had a familiar theme. Inequality continues to grow, with the top 1% of the world's population controlling 48% of global wealth. It also found that the richest 85 people have more wealth than the combined net worth of the poorest 3,500,000,000.

People can't really grasp how insanely wealthy the top 1% are. Here's a fun fact. It's not worth Bill Gates's time to pick up a dropped $100 bill. With a net worth of 80 billion dollars and a 6% rate of return, Gates earns about $150 a second. Meaning it would literally be a bad time investment for him to take a second to pick up a 100 dollar bill.

The wealth inequality on our planet right now can be upsetting if you think about it too long. It's a huge, complicated issue that's going to lead to serious upheavals throughout this century (here's a good TED talk about it from a member of the 1%).

The most frustrating thing about inequality is that many of the wealthiest people on the planet didn't earn their money, they inherited it. The smart ones use their wealth to leverage even more wealth, the dumb ones live a life of vapid, inexhaustible luxury. In my travels I've met a few of these scions of the ultra-rich. Most of 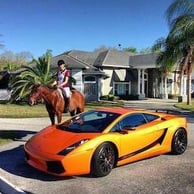 them are insufferable. The Rich kids of Instagram tumblr is pretty spot-on. As someone sweating the rent payment most months it's all very depressing, and dwelling too much on these inequalities can make a person sullen and mean-spirited.

There is one thing that makes me feel better though. One thing that is, at the end of the day, undeniably FAIR.

We're all made out of meat. 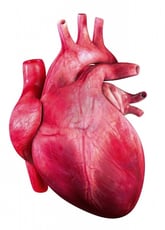 The richest person in the world is made of the same human-grade quality meat as the lowliest slum-dweller. Same lungs, same livers, same hearts, spread equally amongst all classes. It doesn't matter how rich you are, you're burdened with the same leaky, faulty, oozing mess of a body as everyone else. We all fart, piss, shit and bleed the same.

This is the great equalizer. Which would you choose? To be an insanely wealthy person who's permanently bedridden by disease, or to be strong, vibrant and healthy, but poor? Seems like an easy choice to me. Health trumps wealth every time.

If it bums you out that our world is dominated by an elite super-class of plutocrats, don't get mad... get even.

Get even by taking care of yourself. You have three tasks. Eat right, exercise throughout the week, and don't smoke. Those three things will make you healthier than the average one-percenter. And with training and a stricter nutrition plan you can be fitter than all of them.

Now, I know what you're thinking. The playing field isn't level here. The wealthy have access to the best healthcare, freshest foods, personal chefs, one-on-one trainers, special equipment, and most importantly the free time to take care of their fitness. This is all true.

If it bums you out that our world is dominated by an elite super-class of plutocrats, don't get mad... get even.

But access to "the best stuff" has laughably diminishing returns when it comes to health. Expensive organic vegetables have the same nutritional value as regular old produce found in any supermarket. A $200 neoprene coated comfort dumbbell weighs the same 10kg as the rusty old weights in your garage. Designer workout clothes won't make your workout any more likely to get done than a ratty pair of gym shorts. And the results from a ten-thousand dollar exercise machine will actually be inferior to the coordination and strength you can attain with bodyweight exercises.

Access to good healthcare IS a pretty big deal, but if you're able to receive standard levels of care you're going to have just as good a shot of recovery as elite care. The only times where money makes a huge difference are things like organ transplants or experimental treatments. And those kind of extreme measures only extend a very sick life by a few years at most.

Your health is always going to come back to how you eat and exercise over extended periods of time. At the end of the day, rich or poor, you've got to eat the same protein, vegetables and fruit, and you've got to do the same amount of sweating and straining if you want to look and feel good. No butler or personal assistant can do it for you.

It's still not a completely fair game. The rich can hire people to prepare meals for them. They can block off time for exercise that working people can't. But this just means you have to do a little extra effort to organize your time to allow for healthy eating and a workout.

You will never have more money than these people. The system is designed against that happening. But you CAN be healthier than them with just a small amount of planning and dedication to the cause. And that's pretty satisfying.

Like the old adage says, the best revenge is living well. I find this extremely motivating when I'm feeling down about the current state of the world. I can't do a lot to make it a fairer place, but I sure as hell can strap on my old running shoes and break a sweat.

There's a glaring omission here. A large percentage of earth's population can't even compete on the basic levels described in this post. These are the people who aren't privileged with decent food sources, clean water, essential sanitation, or basic healthcare. It should be our mission as humans to get everyone over this very low bar towards a better standard of living. 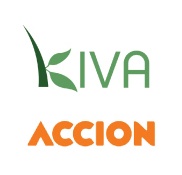 As a former aid-worker who's seen all kinds of different approaches to dealing with global poverty, I'm convinced the only way to get real change at these lowest levels is the micro-finance movement. These small investments empower local people to get the kickstart they need to begin the climb out of poverty. And they do it on their terms, without the degrading, paternalistic, community-diminishing aspects of free handouts. If you want to help everyone get to the place where they can live healthy and full lives as described in this post, check out a micro-loan organization like Kiva or Accion.