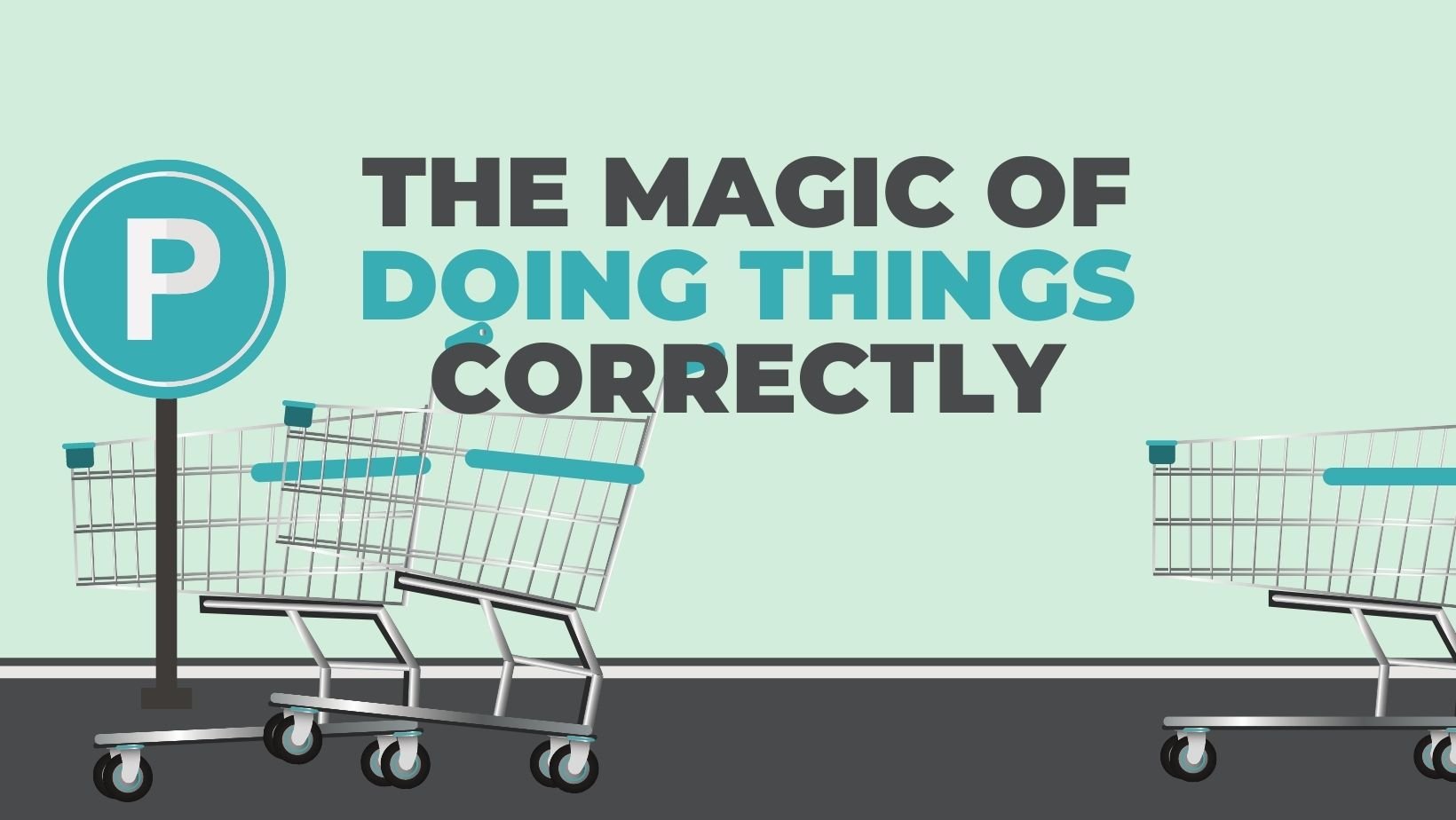 I’m not proud to admit it, but I’m a lazy, slothful, indolent person. Most of the time, a part of my mind is constantly scanning my situation to figure out “How can I get out of this work? What shortcuts can I take to get back to doing nothing as soon as possible?”

I’ve been like this since I can remember. I don’t know if it’s genetics, upbringing, culture, or a mix of all three, but I’m one lazy bastard, and it’s probably the biggest thing I don’t like about myself.

When I was younger, I tried all kinds of self-help and productivity solutions for my affliction. I ticked my way through the 7 Habits of Highly Effective people. I worked hard on “Getting Things Done” with my 43 Folders. I tried the Seinfeld method and the Index Card method and divided things into Pomodoros and Eisenhower boxes. It all kind of worked, some of the time. But even when I was being productive and accomplishing things, I still felt the pull of the lazy life.

Over the years, there is one habit that has consistently helped rise above my slothful disposition and it’s so simple that even a lazy person can remember it and stick with it.

The habit is this: Do things correctly. 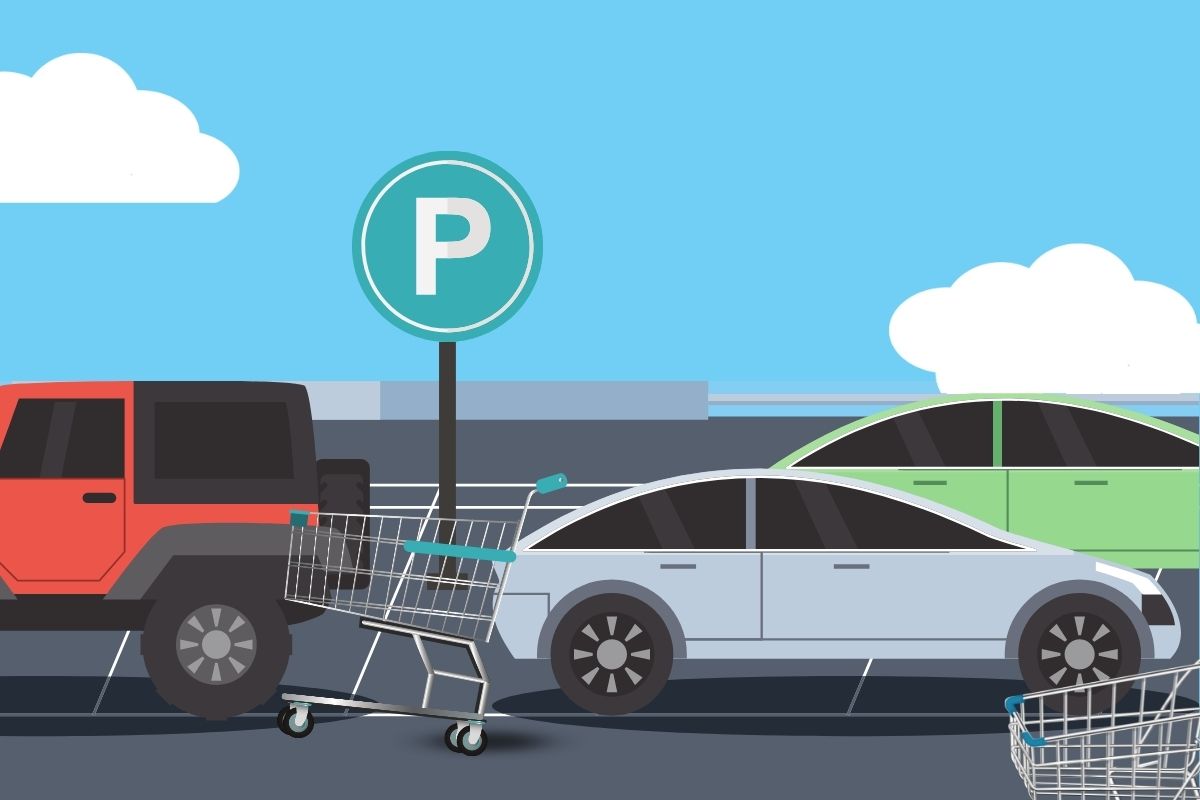 Let’s say you’ve finished your grocery shopping and have an empty cart in the parking lot. The cart corral is all the way on the other side of the lot, and it would be easy to just ditch the cart near a curb and call it a day. There’s no harm in doing this. Perhaps someone else will come by and use the cart in short order. In the worst case, one of the staff will round-up the carts eventually. No one’s hurt by this little act of laziness, right? 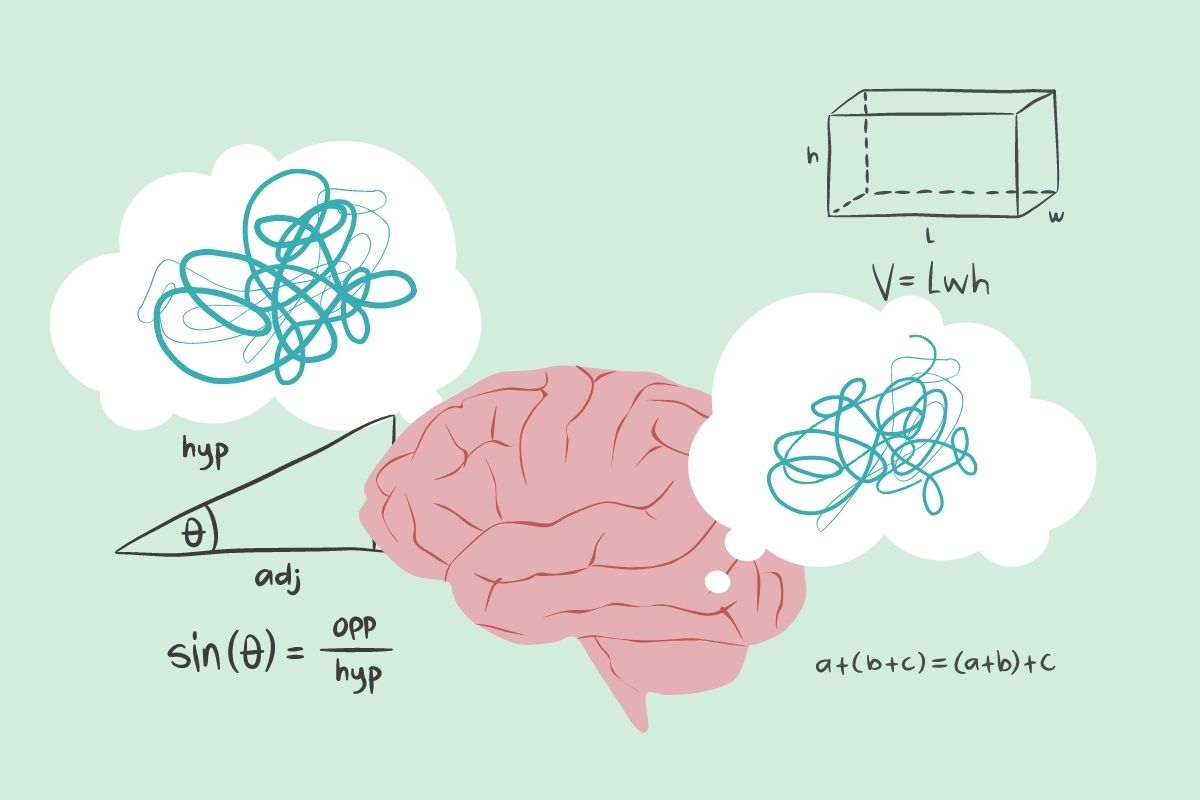 It turns out there is someone hurt by it, and it’s you. Every day, all day, your brain is working out solutions to surviving in its environment. The choices you make become patterns which express themselves in all kinds of contexts. The person who leaves the cart in the wrong place is imprinting on their brain the pattern of, “Don’t do that little bit of extra work. It’s someone else’s problem. Out of sight, out of mind.”

Now let’s imagine the person who leaves the cart out encounters a technical glitch at work later that week. They wonder if they should make a note of it and report it to the tech team. Subconsciously the pattern asserts itself— “Eh… just leave it alone. It’s not a big deal, and someone else will probably come along shortly to take care of it. Not my problem.”

The brain doesn’t make much of a distinction between shopping carts and reporting code glitches. It’s following the path of least resistance, sticking with patterns it’s learned over the years, like a needle following the grooves of a record.

In other words, as the saying goes, the way you do one thing is how you do everything.

This is where the magic of doing things correctly comes in. 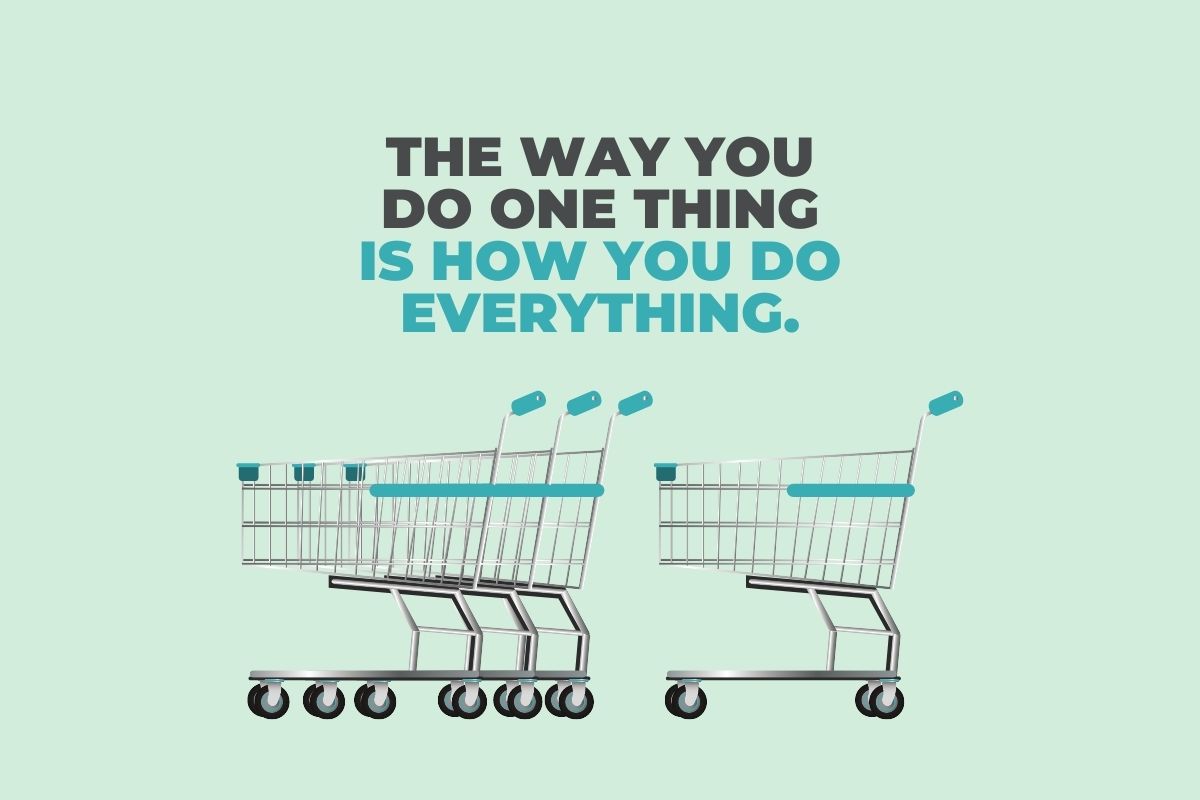 Every day you run into dozens of small choices where you could half-ass your way through the task, or put in just a bit more effort and do it properly. You can take the 30 seconds to put the cart in the corral. You can vacuum under the bed. You can write that thank you note. You can peel the fresh garlic instead of using the less-tasty garlic powder.

When you do things correctly, you’re teaching your brain some lessons of incalculable value. Here are just a few of them:

Doing things correctly is the default state, not a stretch goal.

If you’re already committed to spending the time to do something, it’s often just a matter of seconds or minutes to do it properly without cutting corners. The mind makes doing things correctly seem like a much bigger time-sink than it actually is.

(As an aside, this tip is super-important during your workout. Doing a workout badly, with poor form and weak effort, takes just as long as doing it right. The difference is when you do it right you get significantly faster and deeper results.)

Doing things correctly ultimately saves time as you don’t have to go back and fix shoddy work.

Reporting that glitch when it’s still new could save you hours of frustration later if it propagates through your entire database. Writing that thank you card now could save you a lot of emotional baggage later as you apologize to a loved one for not getting in touch sooner. Going back and redoing or undoing bad workmanship always takes longer than just doing it right the first time.

You’re standing looking at the shopping cart. “Should I put it back or leave it here? If I leave it here, where’s the best place for it? How much time will I save by taking this shortcut? What are the pros and cons of this situation?”

So much mental energy is going into “saving energy” on this silly shopping cart! If you’re in the habit of doing things correctly, you don’t even need to have this “should I or shouldn’t I” monologue. You just put it back in the right spot, leaving your mind free to hum its favorite tune, make plans for this evening, or just enjoy the sun on your face.

Doing things correctly gives you a sense of self-respect.

When you take a shortcut, even if you get away with it, there’s a certain feeling of ickiness that comes with it. You know you could have done better, you know you ARE better, but you didn’t deliver. This deals a micro-blow to your self-respect. When you DO step up and do something right, you feel good about yourself. It’s a nice way to live, trust me I’ve tried both!

However, this advice does come with a warning. It can be used to procrastinate and dither while real work remains undone.

The times I’m really stuck or avoiding a major task, I can often talk myself into doing anything and everything else “correctly” to get out of the real work of the day. The bed is perfectly made, my sock drawer is organized by color, the TV remote has fresh batteries, but a big assignment is sitting overdue on my spotless desk.

If you find yourself in this pattern, take a breath and dive-in to the task that’s scaring you. It’s never as hard as your mind is making it out to be! Don’t abuse the “doing things correctly” method by mistaking it for over-fastidious checking-off of meaningless to-do lists.

As with many Pulse articles, I’m no paragon of virtue when it comes to this advice. I go through times where my lazy side wins the day, and times where the “do it right” side comes out on top. When I’m doing things right I’m so much happier and fulfilled, but that doesn’t make it any easier to beat back the laziness monster. It’s a wave pattern, not a straight line. 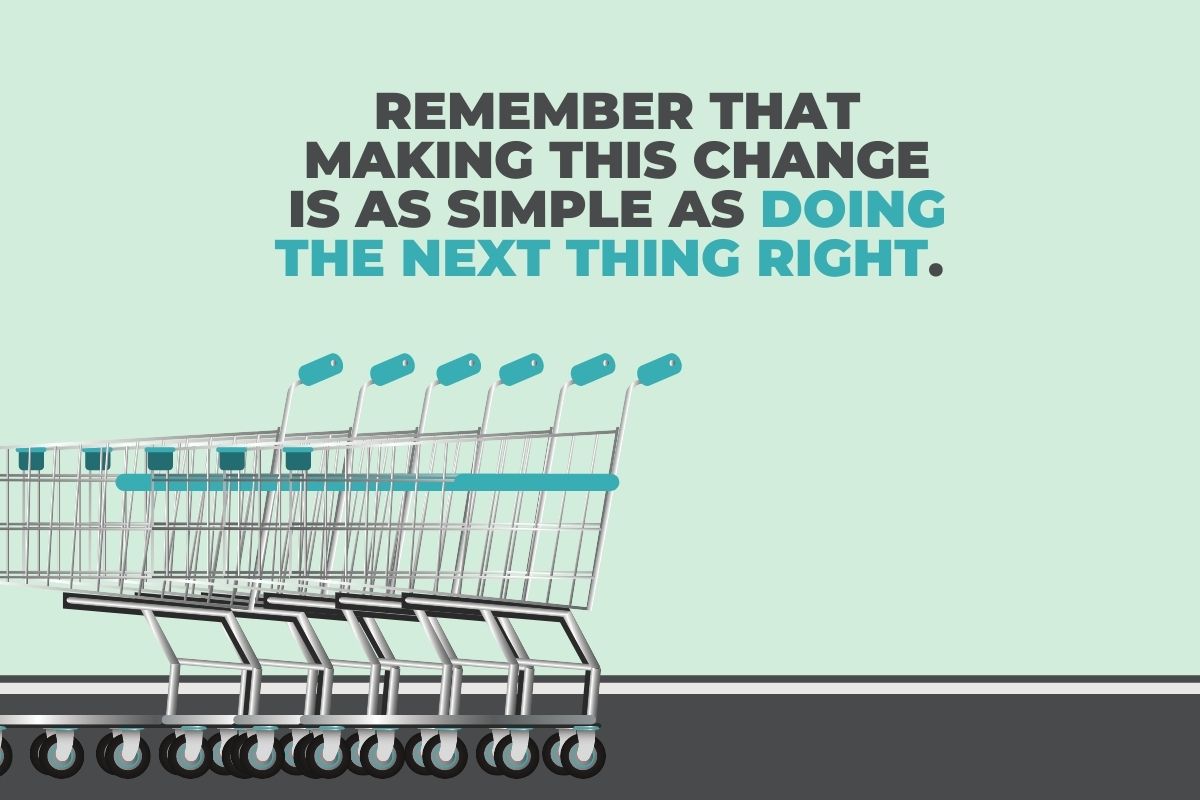