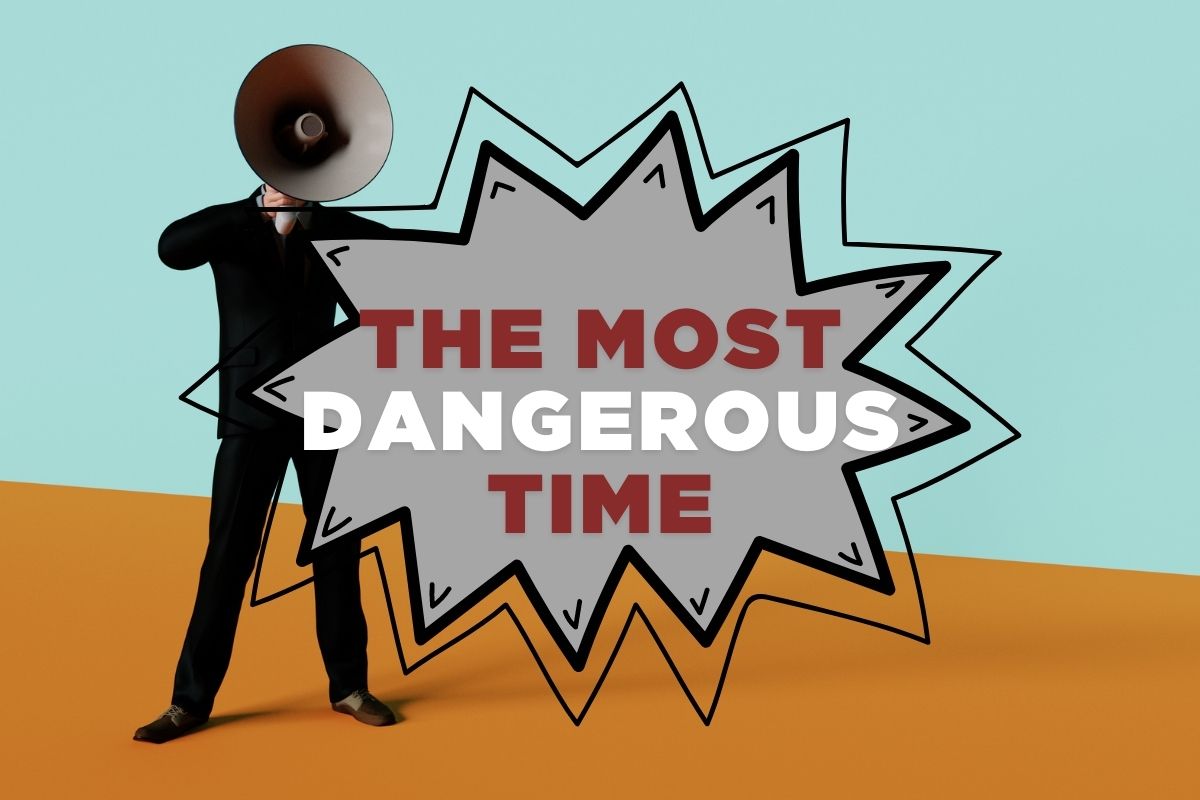 PULSE - The Most Dangerous Time

As everyone continues to get back into their favorite pre-pandemic activities, we here at Kenzai want to issue a public health announcement! 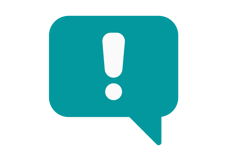 Do you know one of the most likely times to suffer a sports related injury?

One of the most dangerous time with sports and physical activities isn’t when you’re in the middle of a busy, active season, but rather after periods when you’ve been away, taking a break, recovering from an injury, or locked down due to a global pandemic. At Kenzai we constantly hear injury stories that start with something like, “Well… I was out doing XYZ after not having done it for years, and just heard the muscle snap.”

In these situations, the mind is willing, but the flesh can’t keep up. In your head, you’re still the same black-diamond skier or raquetball ace, but your joints, ligaments, and muscles are those of someone who hasn’t done the activity in a long time.

This discrepancy is bigger than you think, even if you’re trying to be conservative. Let’s say you’re getting back into a jogging routine after a half-year off. You might say to yourself, 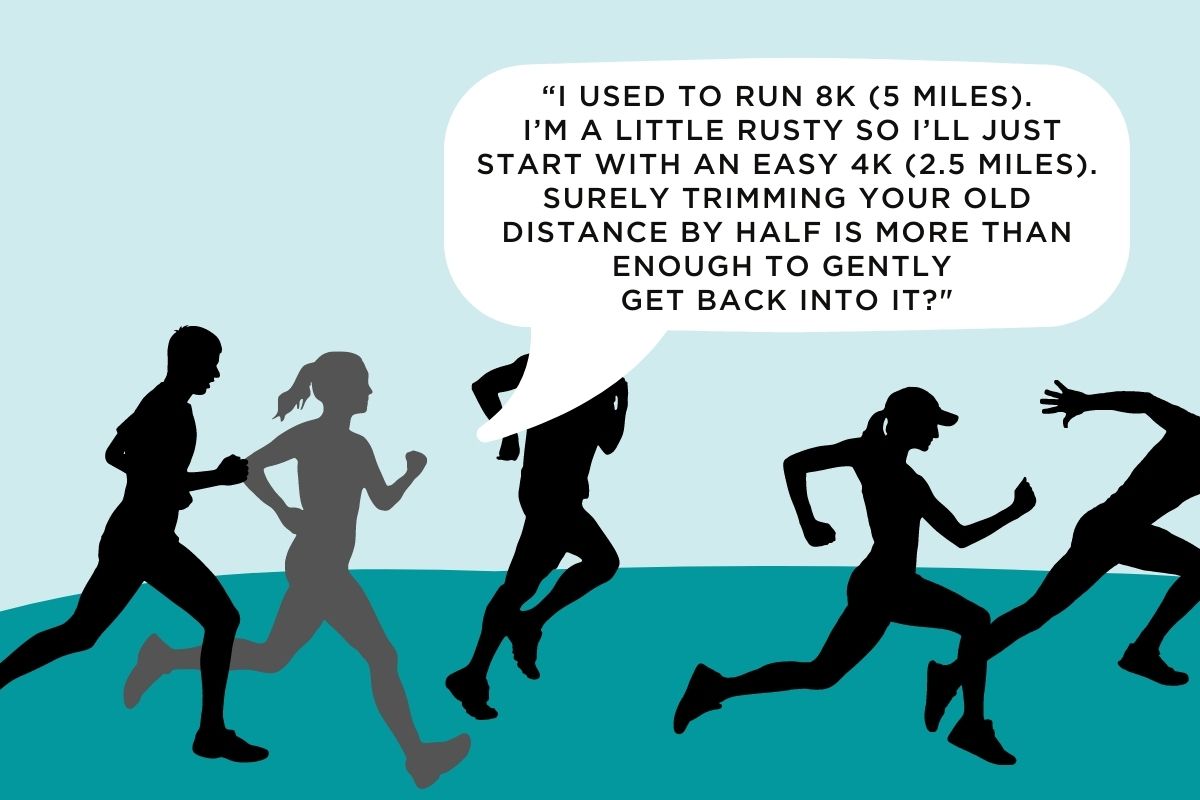 Here’s the problem. After 6-12 months of not doing an activity, your muscles are essentially back at beginner level of strength and tone. Would you tell someone who’s never run before to start out on Day 1 with a 4k run? That’s what you’re asking your body to do when you set the bar there after a long break.

Instead of referencing your former ability levels and cutting back from there, start the activity as if you were totally new to it. A new runner would do something like 1k, and would be encouraged to walk portions of the course if they were fatigued. Extend yourself that same courtesy. When coming back to a physical activity after a long break, you should start at something like 1/10th your old level.

This will feel too conservative. Your mind might object to such a paltry amount of effort, especially if you’re raring to go and can’t wait to get back out on the track, court, or field. But there’s no downside to playing it safe. So what if you have a few easier sessions as you get back up to speed? That’s a million times better than starting hard and taking an injury that puts you on the bench for months, or knocks you out of the sport entirely.

Keep in mind that you might not feel anything is going wrong when you’re first doing the activity. In fact you’ll be pleasantly surprised by how well you’ve kept up your skill level. This is an illusion caused by muscles’ ability to step up and perform when suddenly surprised by high intensity movement. Don’t get suckered into thinking “I’m BACK baby!” and going full-bore. This muscle-effect will fade quickly and you’ll be hurting. Don’t go all out.

If you really can’t stand the thought of a super easy set of starting sessions, then you’re letting your ego make fitness choices, and trust us when we tell you that ego is the worst training partner you can have.

The good news is that your body does remember how to do the activity, and you’re not going to be stuck at 1/10th your normal ability for long. After just a few sessions, your muscles will remember their old size and shape, and you’ll be able to increase your intensity quickly. Usually, within 3 months you can get back to your former levels without injury.

There are a few sports which are especially prone to this problem. 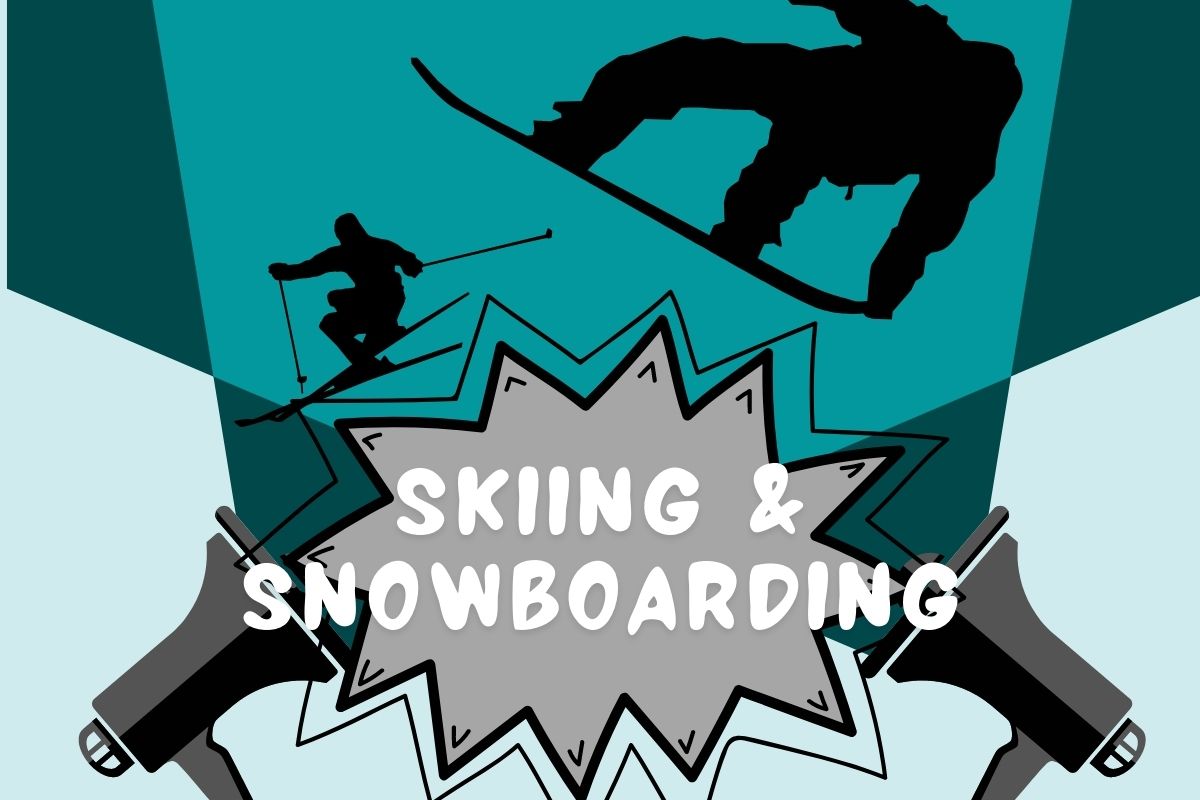 People tend to go 8-10 months between snow sports outings, as the inherent seasonality of the sport keeps them off the slopes. Skiing and snowboarding put tremendous cross-forces on the knees and ankles, and if you’re taking on all those forces on “virgin” joints that haven’t been used that way in 8 months, injuries abound.

In addition, as you get back into the groove, you’re bound to have more falls. You want to make sure you shake off that rust on a forgiving slope, not heading full speed into a tree. 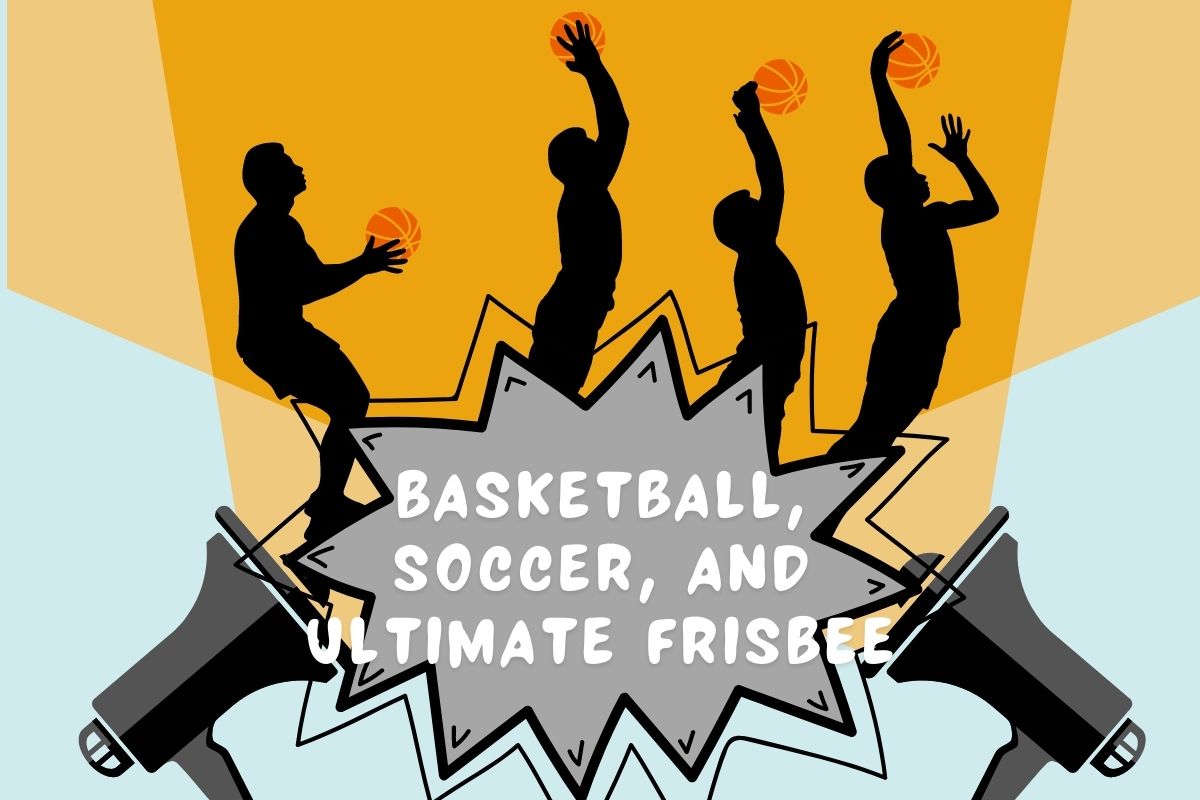 People who play these sports often played a lot in their youth. In their heads they’re still that teenager owning the court or field. However, the ankles and knees didn’t get the memo, and because all these sports require a lot of quick pivots and inertia changes, the lower leg can get banged up easily.

If you’re out for a weekend pickup game of a sport you played often in your youth, take it extra slow. 1/10th of your old intensity will make you feel old and slow, but keep you in the game. 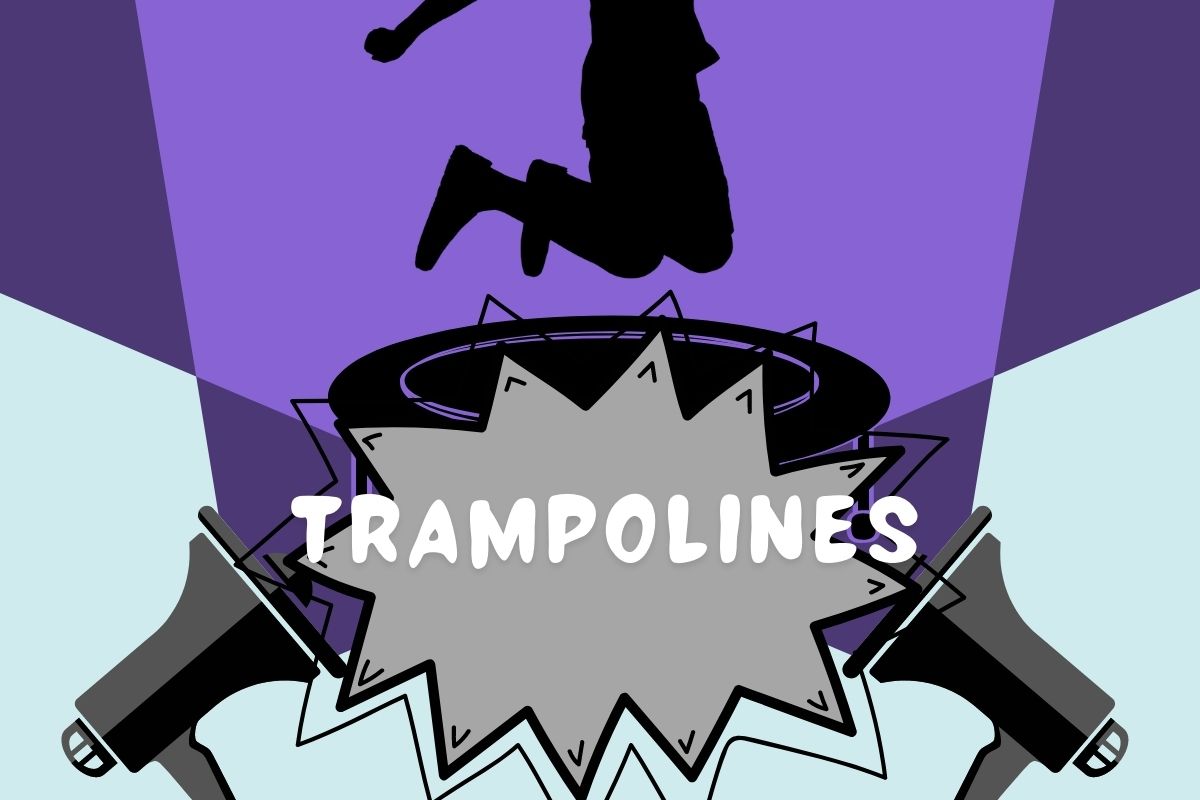 People remember how fun trampolines were when they were kids. But they forget they no longer have the rubbery spines that could absorb the intense forces that come from trampolining. Then one day they’re at a friend's house with a trampoline, or invited to a trampoline park, and they jump in with gusto. A few minutes later they’re hobbling away with back pain that can take weeks to heal.

Be extra careful around trampolines! 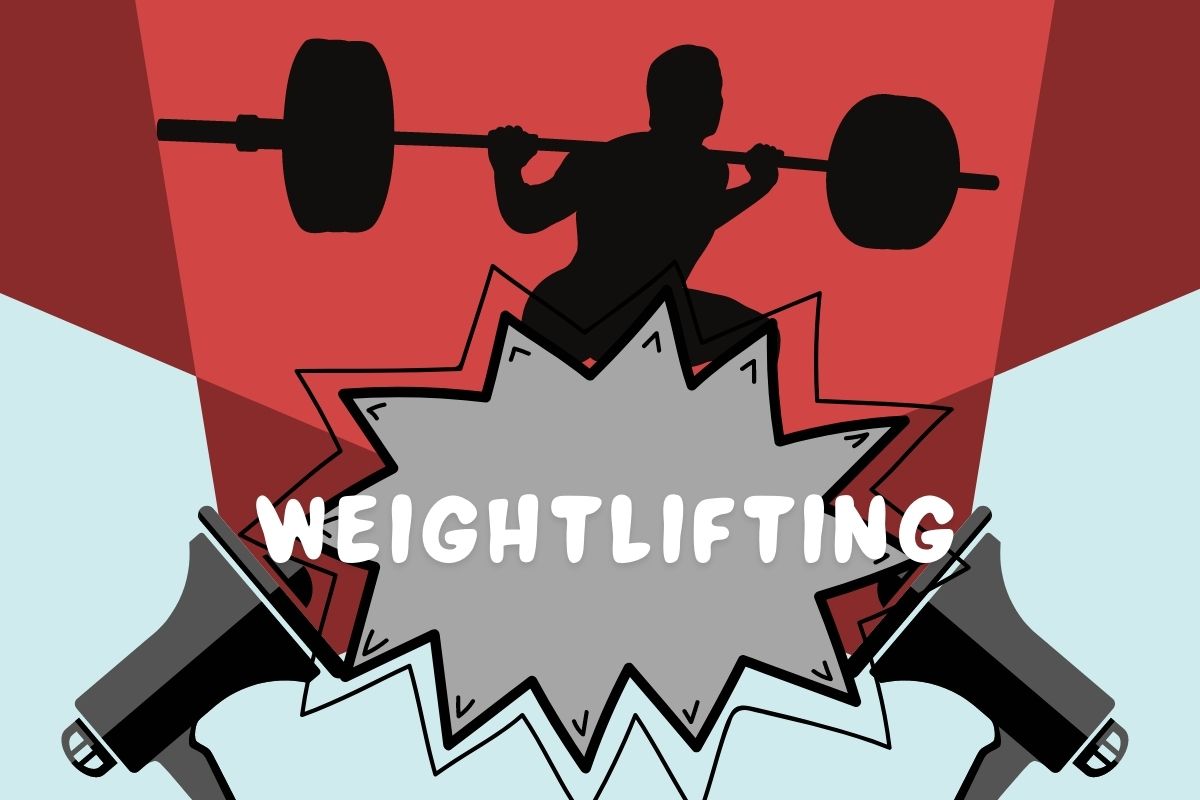 Weightlifting is a fairly safe activity at any level, but if you’re coming back from a long break, be careful that you’re not trying to lift anywhere near your old numbers. You should trim back to about 1/3rd of your former lifts. This will give your nervous system and joints the prep time needed to get back up to speed before heavier weights are added.

And it goes without saying that you shouldn’t put yourself in any dangerous situations until you’re ready. You don’t want to be trapped under a barbell saying to yourself “But I used to lift this much with no problem!”

These activities are the worst offenders for causing injuries when you jump back into them, but all sports will present the same problem after a long break. Take it nice and slow. You have the rest of your life to do the activity and there’s no rush to get back to your old skill level.

Unless you’re a professional athlete, the point of these sports and activities is to enjoy a healthy, active life. Getting injured is the most counterproductive outcome possible!