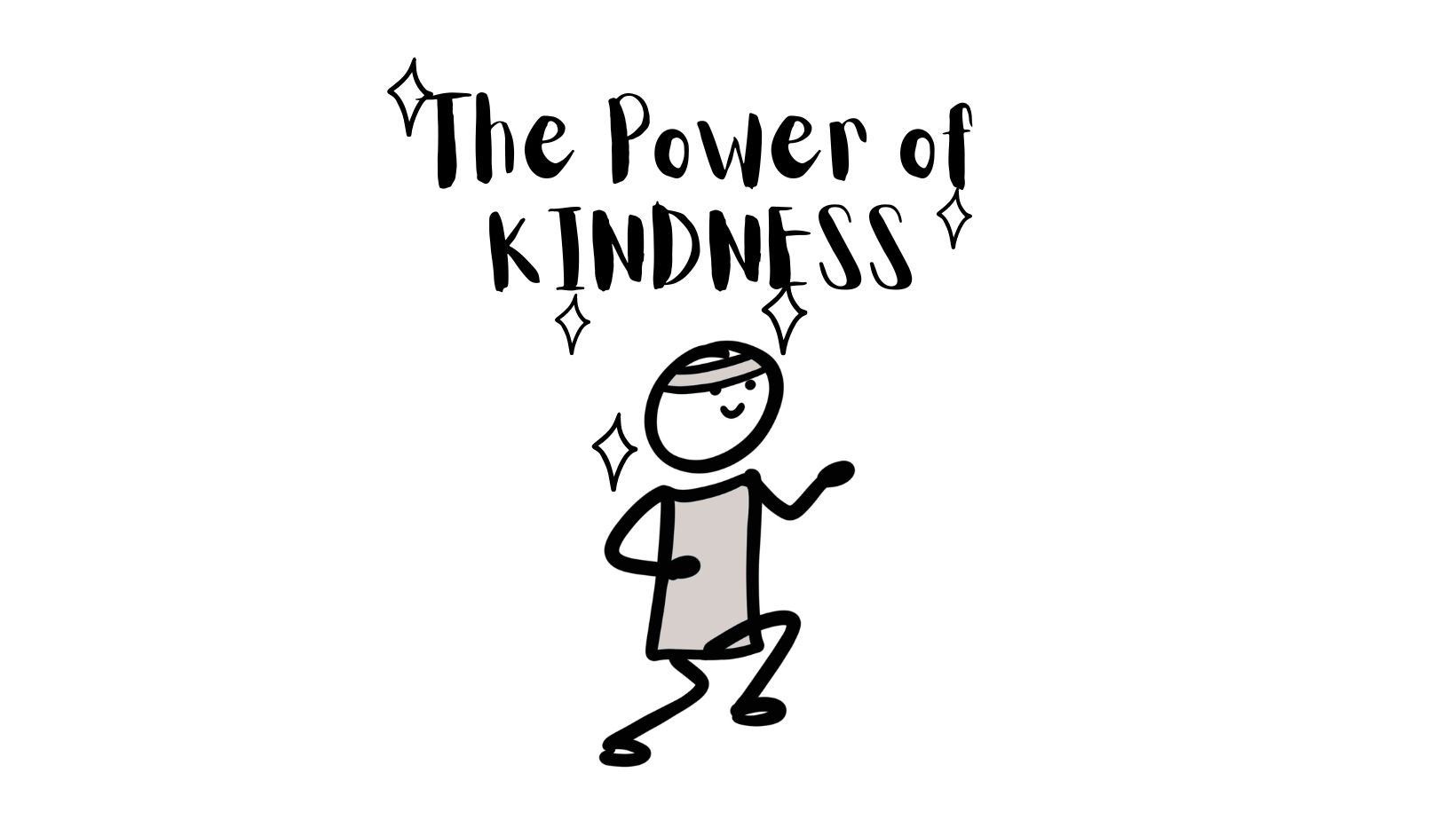 PULSE - The Power of Kindness

Recently I was out for a run. It was a hot day, and I wasn’t having a particularly good session. On my best day I’m a below-average runner, and this was far from my best day.

As I was plodding along I heard the steadily approaching sound of another runner coming up fast from behind. A few seconds later a tall, lean, muscular guy breezed past me. He was one of those runners who makes it look easy. You could tell he was still in 1st gear, gliding through his form, taking big, smooth strides with long legs that covered a lot of ground. In no time at all he was far ahead of me, a cool, casual speck in the distance. 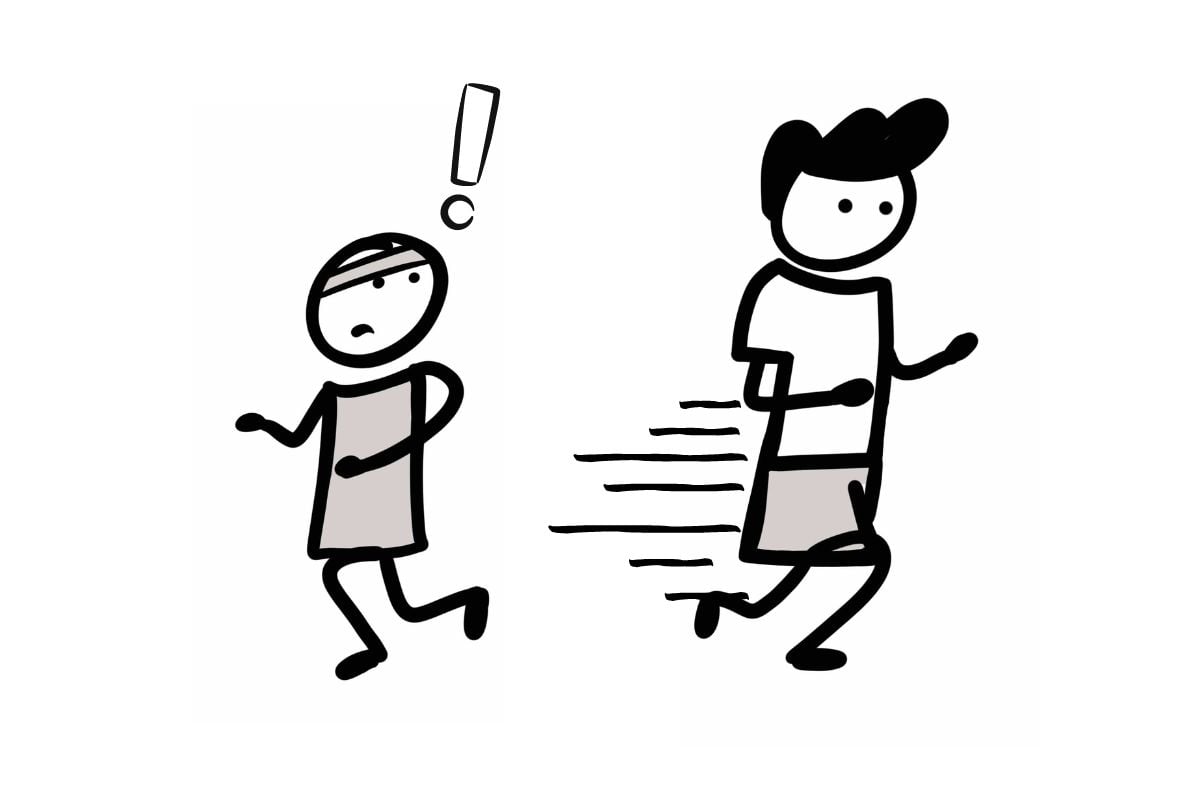 “Must be nice,” I thought. “That guy won the genetic lottery for running. If my legs were that long I’d be fast too. I bet I can benchpress more than him though. Maybe.”

I continued plodding along.

A few minutes later I came up behind another runner. This was a squat, middle-aged man who was carrying about 50kg (~100 pounds) of extra body mass. He was drenched in sweat, gasping for breath, with a heavy stride that looked like he was running through molasses. 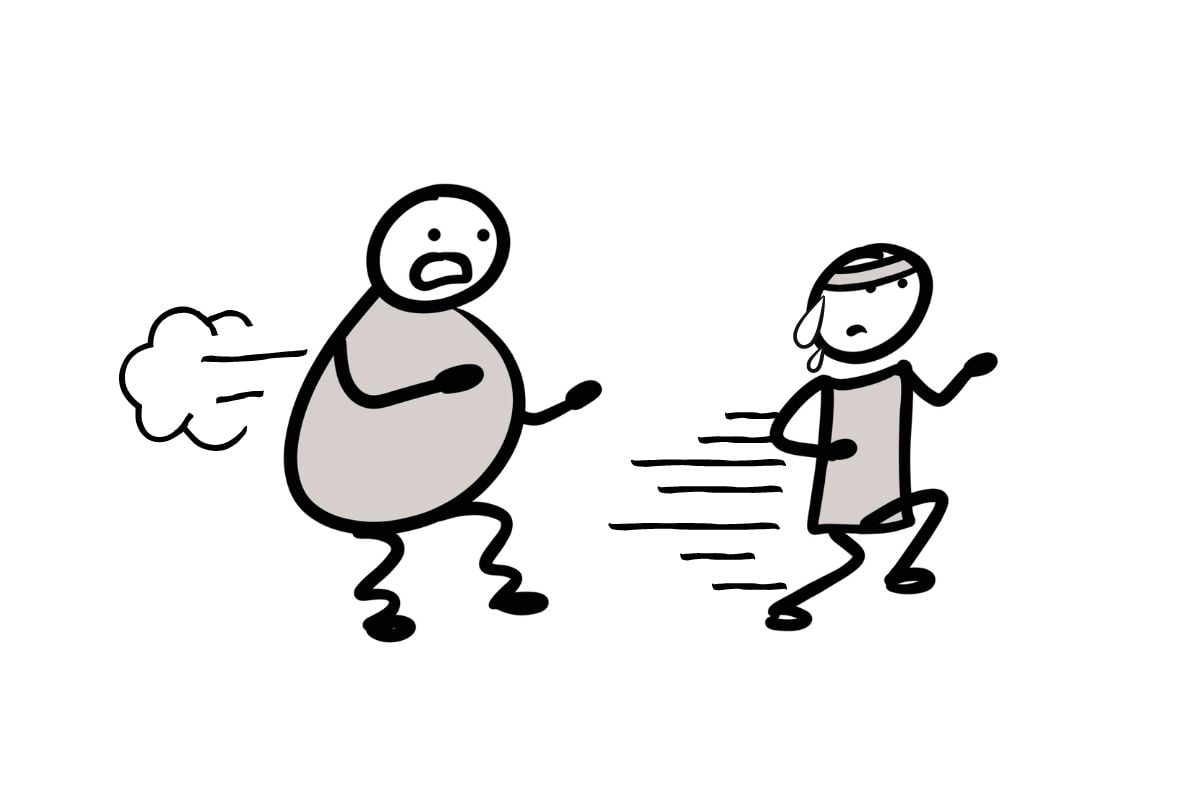 I passed him on the left, and thought to myself, “Well, at least I’m doing better than that guy. I may be a slow, lousy runner, but things could always be worse.”

As the jog continued, I reflected on the places my mind had gone when encountering these two runners. In both instances, I didn’t like the thoughts that came to me. They didn’t make me feel like a good person. They were shallow, narcissistic thoughts, all thrown up in an attempt to soothe my ego. 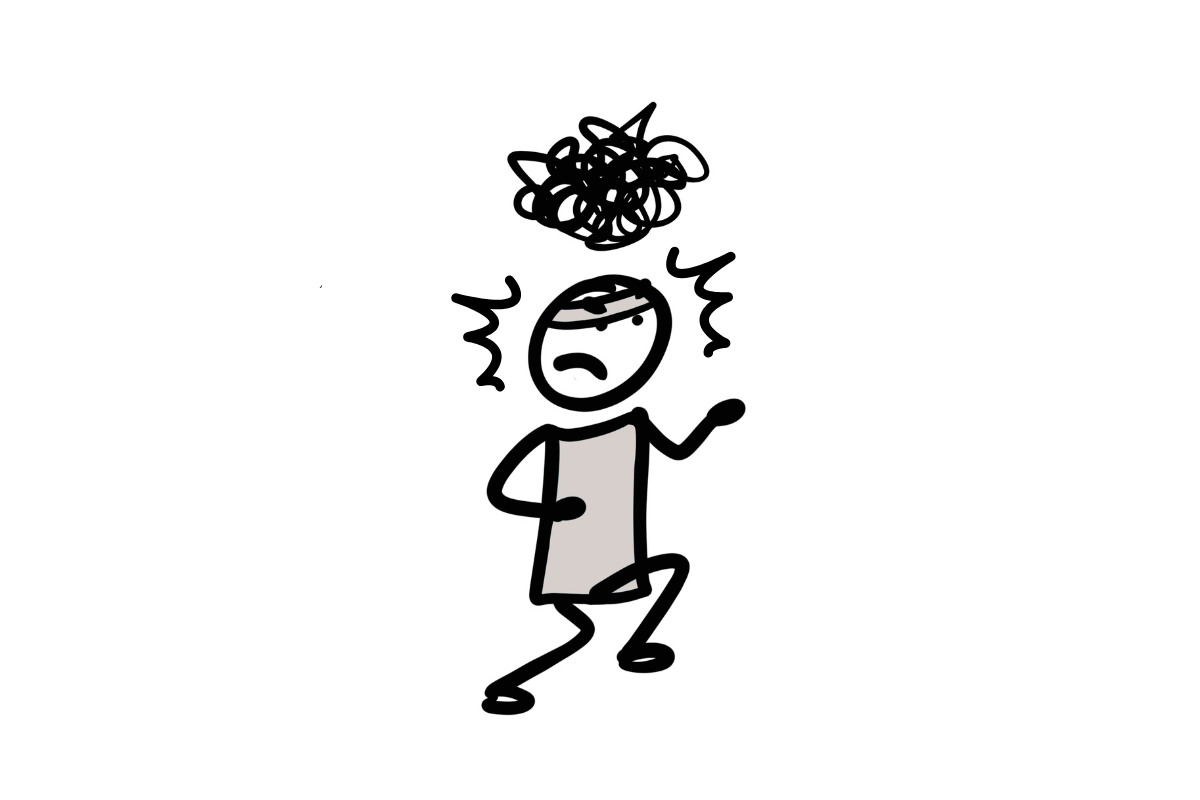 The funny thing is, I’ve literally trained for these situations.

In my teens and twenties I spent a good portion of my time studying, meditating, and training with Buddhist teachers around the world. Buddhist principles were instrumental in helping me solidify my life philosophy, and even though I don’t spend much time actively studying Buddhism now, I access that well of insight every single day.

Buddhism is a sprawling, complicated system, as fractured and varied as all the branches of any world religion. I’ll sidestep all that and get to what, for me, is the most compelling part of it.

Buddhism offers a different way around the problem of the meaning of life.

Many approaches to life, both religious and secular, are focused on what YOU can get out of it. Get rich. Get famous. Have a big family. Become a monk so you can be closer to God. Lie, cheat, and steal so that you can get ahead and not be the sucker. Become a pillar of your community so you can be part of building a better world. Be a good person so you can go to heaven, or be reincarnated, or avoid hell, or just have other people remember you fondly. Good or bad, hero or villain, it’s all about you and your story.

In Buddhism you hear a different point of view. It says, “The problem is that you think there’s a YOU at all. The real point of life is to get over yourself and to truly be alive in the unfolding present moment, free of all the junk that comes along with thinking there’s a you there at all.” (To say I’m paraphrasing would be the understatement of the century).

The beauty of this approach is that you get to step out of the rat-race of ego-driven thought. For example, you can look at a flower, and just be with the flower. If you’re in ego mode, even something as simple as a flower has baggage. 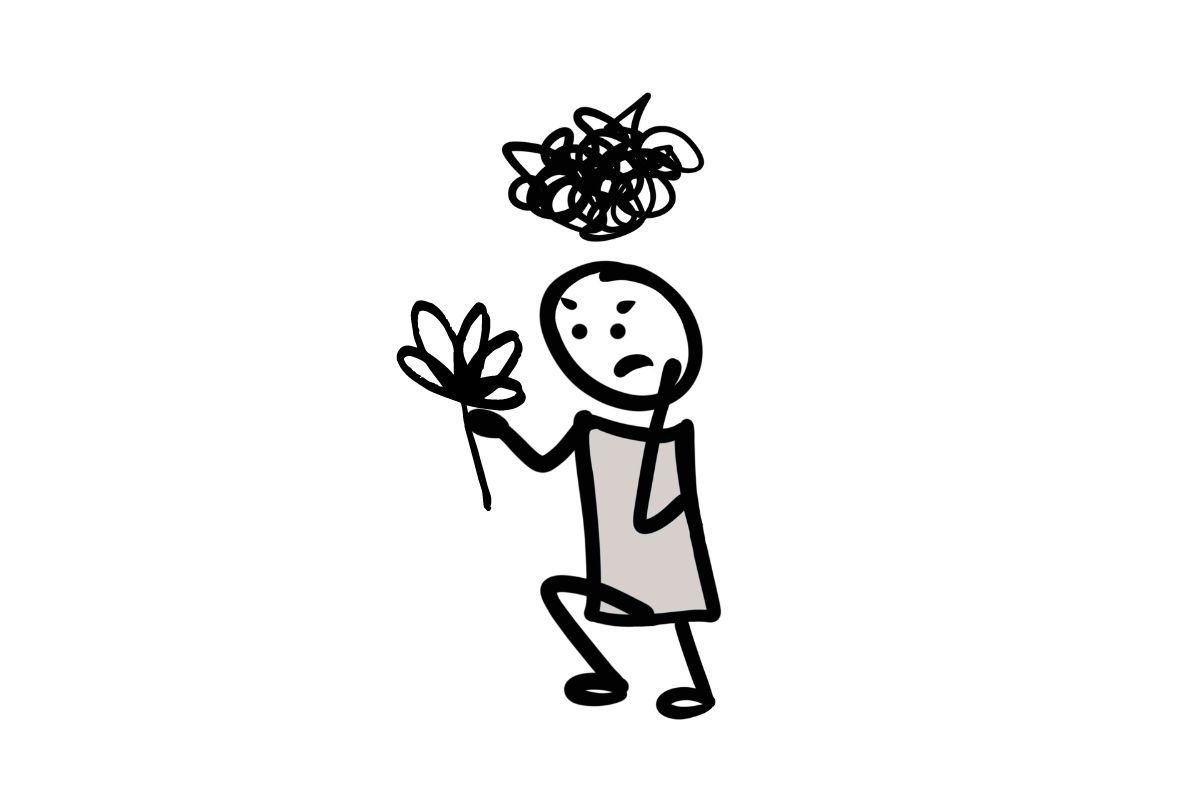 “What a pretty flower. What kind of flower is it? A cosmos maybe? Why don’t I know more names of flowers? It’s a beautiful shade of purple, but nothing compared to the crocus we saw last year in the Alps. I should check ticket prices when I get home. But wouldn’t it be better to go somewhere different this year? Maybe Spain, but at this time of year…” the mental storytelling goes and on and on.

You can see that in no time at all, the simple flower has been larded up with a bunch of junk, all of it having to do with “me, myself, and I.”

The ego-less approach is to simply be with the flower. You don’t even get to the thought, “What a pretty flower”, because even “pretty flower” unfurls a layer of judgment and comparison on top of the situation, smothering it in a blanket of "self".

You can see that describing such moments quickly becomes a practice in frustration. Using words to talk about things already means you’ve lost the thread. Words divide reality into subjects, objects, and actions done to subjects and objects. This is none of that. The closest I can get is to think of someone looking at a flower not as person and flower, but one waveform of the universe appreciating another waveform of the universe, two pulses of cosmic energy interacting and dancing with each other for a brief moment. This sounds like new-age pablum but is very much a scientifically accurate description of what’s going on! 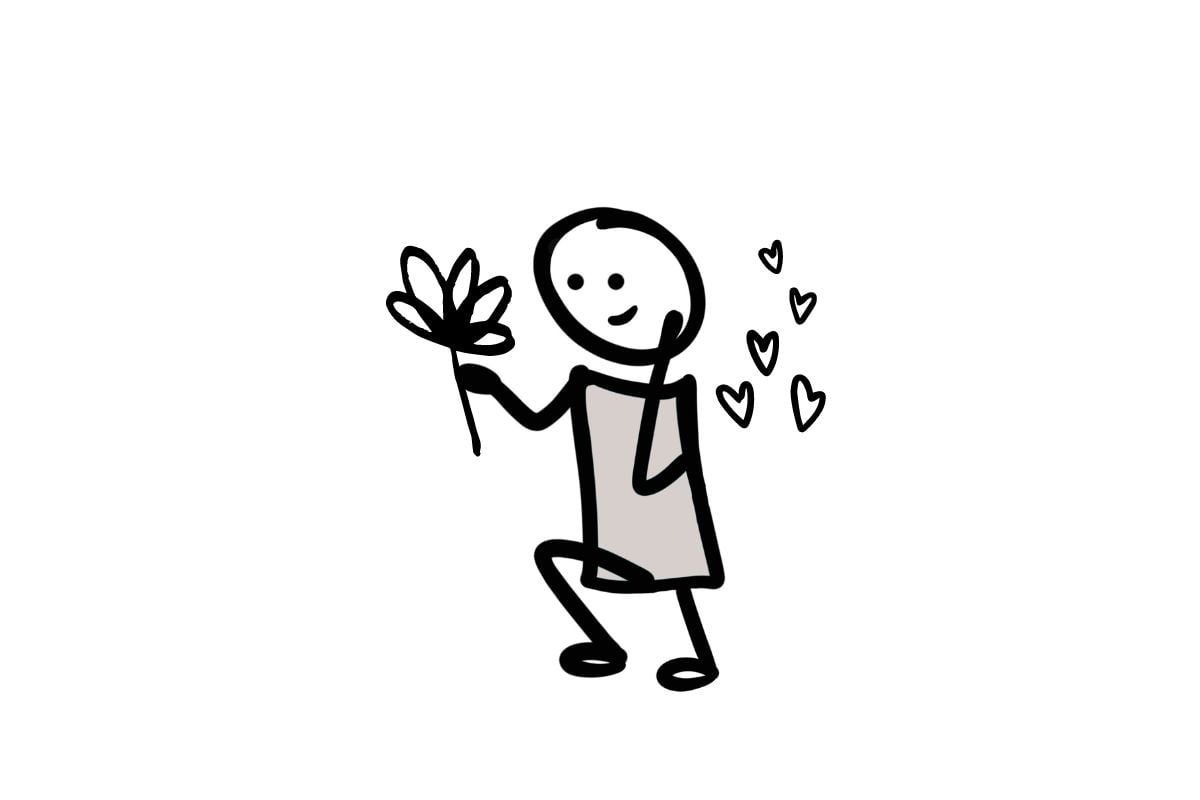 The trouble is that as an owner of a mind, and having been brought up to think of yourself as a “you”, it’s extremely difficult to truly get out of ego-centric perceptions of reality. It’s not something you can just decide to do, because the very act of deciding to do anything means that “you” are still in the mix. In response to this, Buddhism has invented a huge variety of practices to help people get the idea of self-lessness, if only in small moments of clarity.

Chief among these practices is meditation, which is a whole book in itself (if you’re interested try our Kenzai Mind course), but another approach is the practice of what Buddhists call “metta.” There’s no good translations of this word, so we have to fall back on one of my least favorite ways to say it, the saccharine goody-two-shoes phrase “loving-kindness.” To practice metta is to extend loving-kindness to every person and every thing.

It’s easy to do it with a pretty flower. “Hello little flower. I extend loving kindness to you and your beautiful petals.” No problem! Next, you try it with the poison oak that’s given you an itchy rash for weeks. “Poison oak, you're also quite beautiful in your own way, and I know you’re only protecting yourself, I extend loving kindness to you.” Hey, that wasn’t so bad.

Next, you extend it to human beings. Not just your cute kids or sweet grandmother but all people, even those who’ve wronged you, done horrible things, or, sometimes even harder, those people you’re completely indifferent to.

It’s tricky because the goal isn’t to talk yourself into finding the good in people. It’s not “To the mugger who held me up at knifepoint, I’m sure you had a tough upbringing and are dealing with poverty and addiction, I extend loving kindness to you.” This is just more “self” junk piled onto the situation. Metta is true loving kindness without rationalization or reason — it comes from a deeper place.

When you work on metta practice, you start to feel your ego recede. Everything you experience is just a temporary expression of the universe as it is, and you’re included in that vibrational pattern. To extend loving-kindness to another person is to extend it to yourself. But not “you” — the real you. Practicing metta short-circuits the usual thought loops that trap us in self-referential, ego-driven perspectives. None of this will make sense until you try it. It sounds like some real wacky hippy stuff but it actually works.

All of this brings us back to the two runners I encountered during my hot, grumpy jog. As a person who grew up in a chubby, unfit physique, I’m the first to admit that I have a huge blindspot when it comes to fitness and other people’s bodies. My brain is strongly biased to confront these situations with defensiveness and rationalizations that soothe the bruised ego of the 12 year old that still takes up occupancy in my head.

The fit man and the fat man both brought out that negative side of myself. Instead of enjoying a sunny day and the simple pleasure of being healthy and exercising, I was running with a dark cloud of thoughts hanging over me.

“Ha, big overweight guy, at least I’m better than you.”

Yuck. Who wants to carry thoughts like that around all day?

As all of this was going through my head during the run, and it occurred to me to simply turn on the loving-kindness practice that I had spent so many years working on.

I took a deep breath and exhaled. With that exhalation I saw myself sending metta — real love and kindness — to the two men on the running trail. To the lean, tall, super-fit man, I sent joy in his gracefulness and high-bar of health. It’s a truly beautiful thing. To the overweight man I sent admiration and respect. I know so well how much fortitude and resolve it takes to get out there when you’re carrying a bunch of extra mass. How easy it would be to do nothing and let the problem get worse. It takes a big man to stop being a big man.

Again, these words are all just dressed-up approximations of the energy I was sending out to these two guys. The real feeling isn’t something that words will be able to describe. 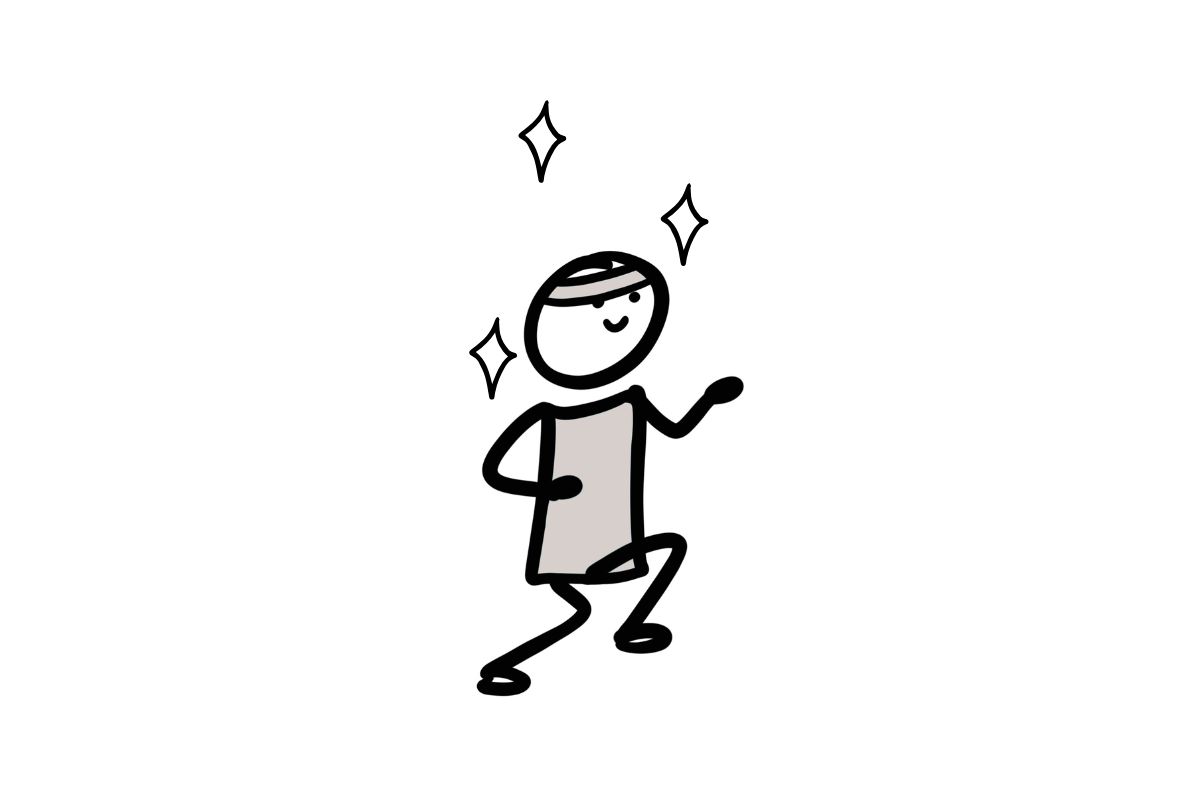 And, like every time I’ve done this practice, I immediately started to feel lighter, happier, and more at peace. The dark cloud lifted, and I started to enjoy the run for what it was.

Metta practice is one of those things that can come across as cheesy and naive when you describe it. Give it a try and see for yourself how much of a positive impact it has. It’s as easy as slowing down, breathing deeply, and reconnecting with that bright spark inside you that is full of love, gratitude, and generosity of spirit. Hold that spark lightly in your mind, then send it out without reservation or rationalization. 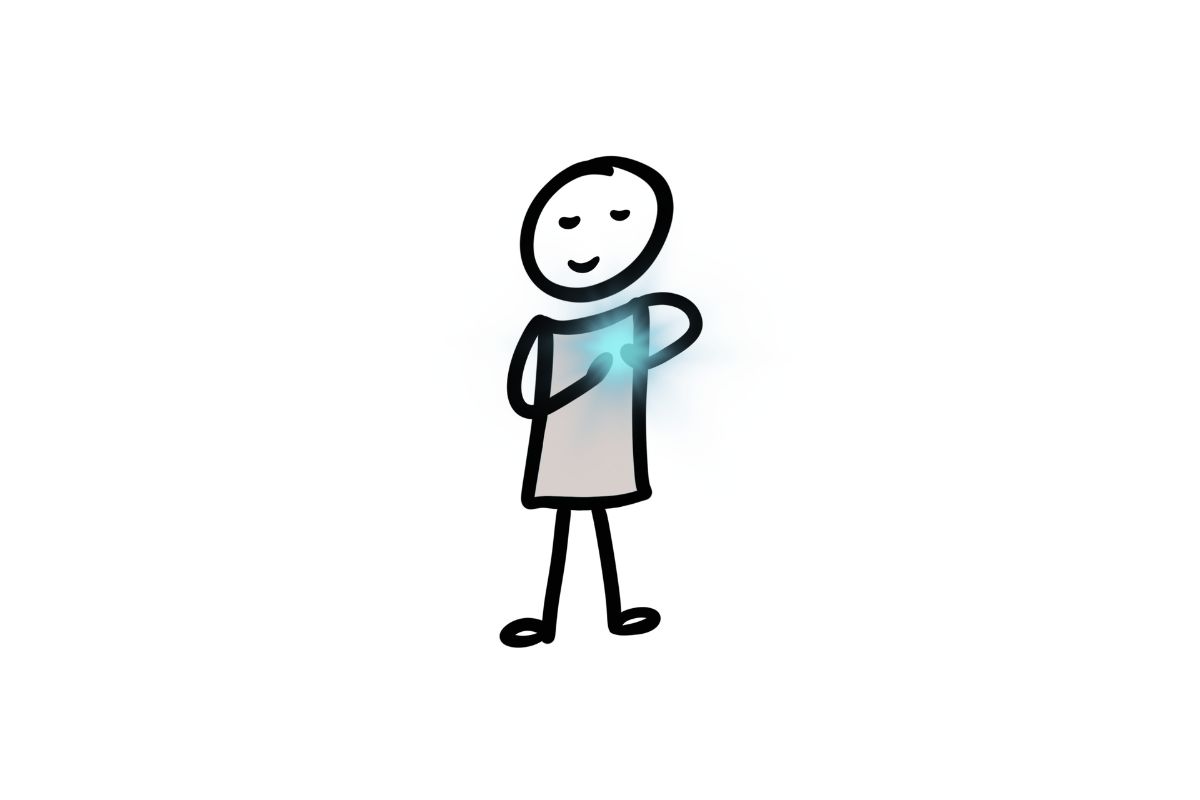 Metta is especially powerful when you encounter your own blind spot, where you have a strong bias to be judgmental and egocentric. Those times when you think it’s going to be the hardest, you’ll find it brings the most relief.

But remember, you’re not doing this to make yourself feel better. You’re doing it to lose “you” altogether.

Taking a break and just being a part of the universe for a few minutes is an experience everyone needs to have, and if we had it more often our world would be a better place. 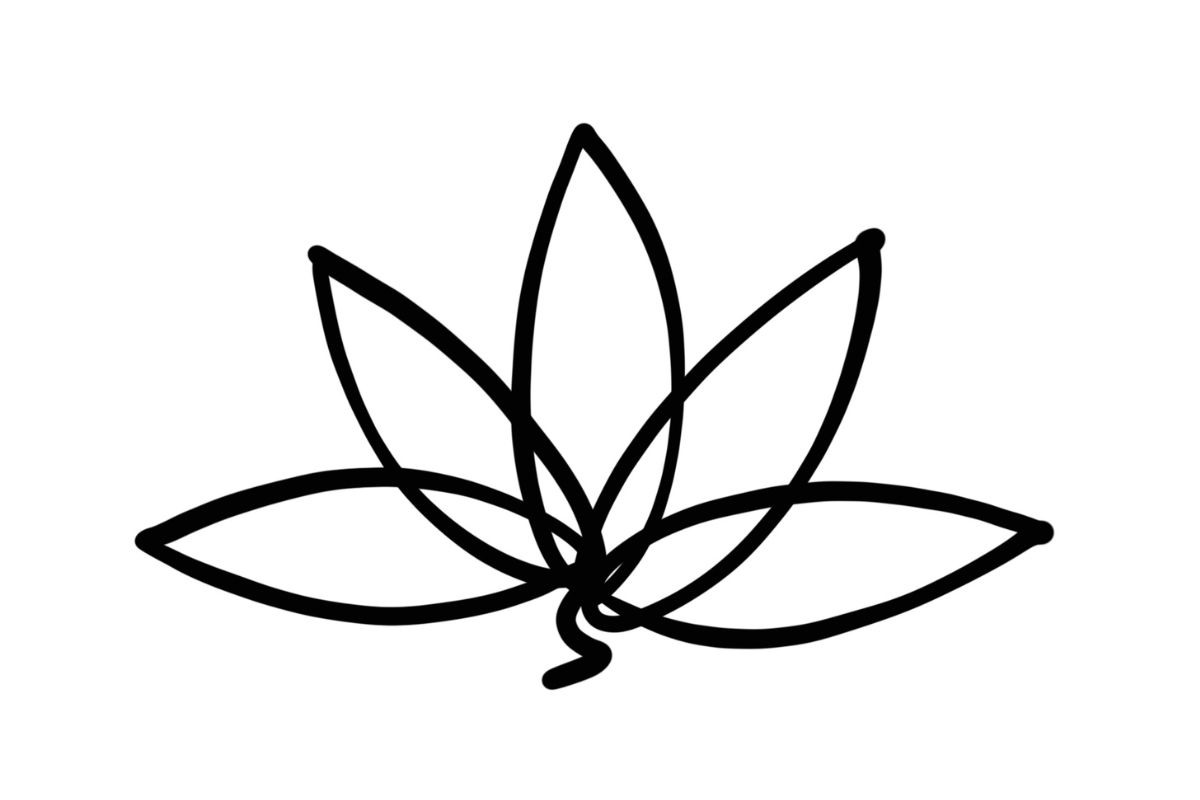 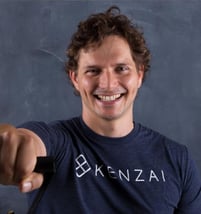