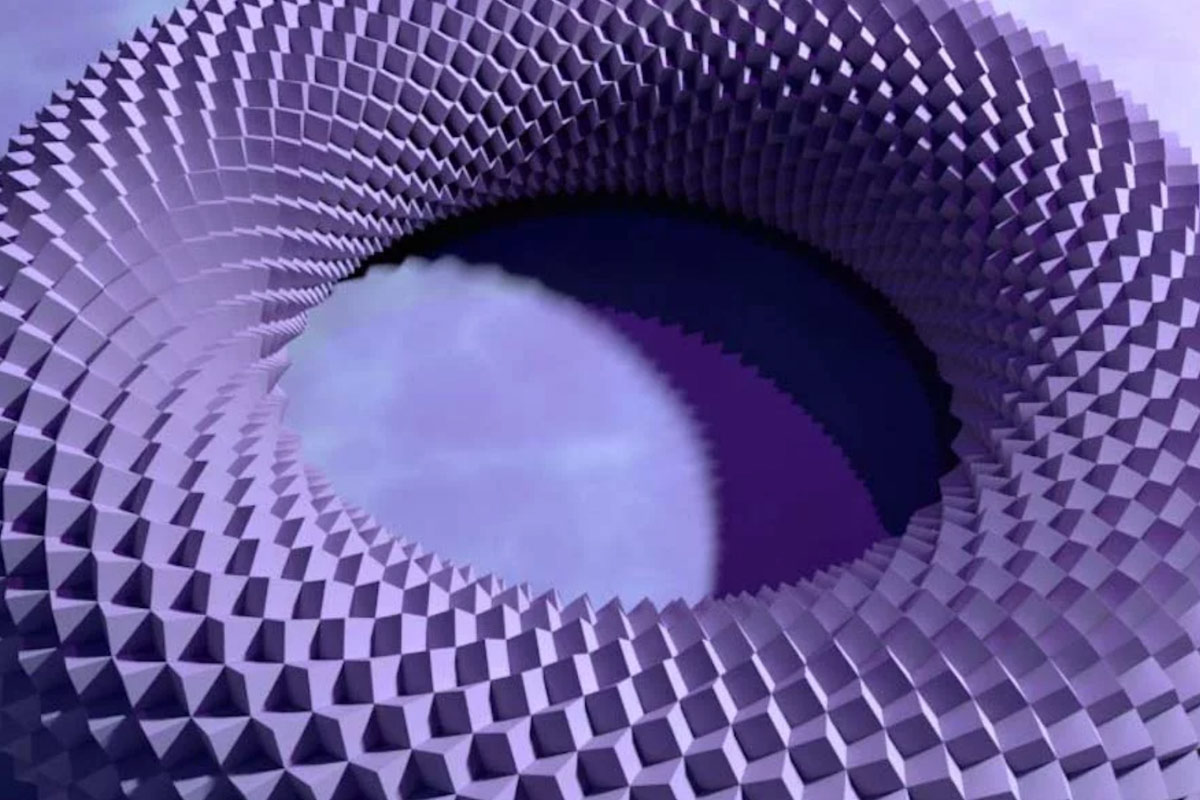 Kaitlin Whipple's boyfriend wanted to surprise her with an engagement ring in a fun way, so he put it at the bottom of hermilkshake. But Kaitlin was drinking her milkshake so quickly that she unknowingly swallowed the ring, diamond and all. 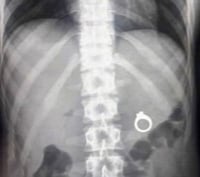 They made the most of it, with the boyfriend eventually proposing to Kaitlin in the emergency room, using the x-ray film instead of the ring. A few days later the ring came out naturally and now sits on Kaitlin's finger. And they lived happily ever after. 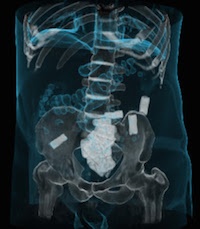 In similar news, every day an untold number of people pack their bodies with illicit drugs and make their way through the world's transportation hubs. Here's a body scan of a drug mule caught in a Swiss train station with several packets of cocaine in his colon.

Be it milkshake-loving young women or risk-taking drug mules, these stories usually have the same ending. "It's out now, there was no damage, and we all have a funny story to tell, ha ha!" (Well, not so much "ha ha" for the drug mules)

The reason these people don't have health problems comes down to one fact. The engagement rings and bags of cocaine were never really IN their bodies.

If I were to cut open your leg and wedge a wedding ring between the fibers of your quadriceps, you would be in for a bad time. A war would start between the bacteria on the ring and your body's immune system. The leg would become inflamed and start to ooze various fluids in an attempt to purge the foreign object. It would be painful. If left unattended, the worst case scenario would be gangrene and death. The best case scenario would be the quads forming a hard, dead lump around the ring and significant damage to the overall health of the leg.

That's the kind of thing that happens when you put something IN your body. But you could swallow that same ring with no problem. What's the difference?

The topography of the human body is actually a doughnut. Biologically speaking, your throat, stomach, intestines and rectum are all on the outside. You have a hole going right through the middle of you. The hole is very twisty and has a lot of valves, but it's still just a hole.

The environment inside the hole is quite different from the "real" inside of your body. There's a lot of air. This is why we burp, fart, and have rumblings in our intestines. Compare this to the relative vacuum of our real insides. Ever see a nurse or doctor flick a syringe and squirt out some medicine before a shot? This is to make sure they don't inject you with air bubbles. A bubble of air that reaches your heart can kill you.

Your doughnut hole is also quite hardy. Your stomach produces an acid so strong it can eat through iron. And have you ever wondered why the skin of your lips is a different texture than the rest of your skin? It's because lip skin has to be much tougher to deal with all the crazy stuff we eat. This is the same reason your anus is made of different textured skin. In fact, the texture and color of a person's lips and their butthole are usually the same! Have fun checking that fact!

So if the entire digestive tract is just a hole in the body, how does eating work?

All along the doughnut tube, the body has an impressive array of tools that extract nutrients and energy from the things we eat.

First your tongue's receptors test the food, checking for disease or rot. If everything seems ok your teeth grind the food into pieces as the rear of the tongue forms a little food ball to avoid choking.

You then swallow and the food balls hit your stomach, where they're dissolved in the afore-mentioned metal-stripping acid. The liver and pancreas then release a cocktail of enzymes that mix in with the food sludge and the whole mess enters the small intestine. Here all the good stuff, the fats, sugars, proteins and minerals are filtered into the body where they can be put to use. 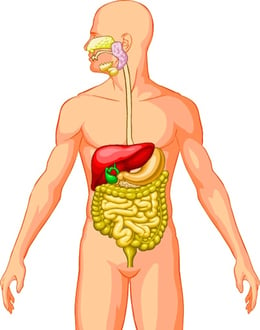 Your intestines twist and turn to allow the most possible surface area for your body to extract these goodies. The large intestines then do some cleanup work, form feces, and it's on to the rectum for waste removal.

If any of these steps actually happened IN your body, you'd die of sepsis very quickly. Instead, we keep all this outside our body, in the doughnut hole. Very cool. Very clever.

This perspective of the body as topographical doughnut has been powerful paradigm shift in my life. It fosters a deep respect for the real me, my skin, muscles, bones, and organs. The old saying is that the body is a temple couldn't be more true. It's a pristine, powerful temple that remains closed to the outside world. Respect and nurture it.

It also casts food in a whole new light. No food ever enters your real body, it only passes through the doughnut hole long enough for your organs to extract what they can and flush the rest.

I don't want to pass junk through this system. The taste on the tongue is just one small part of the tube. A delicious food that has poor nutritional value (a doughnut, for example!) is making the taste at the beginning of the hole more important than the actual body trying to get sustenance from the food. The good news is that healthy food prepared well is just as satisfying to the taste buds, if not more!

No food ever enters your real body, it only passes through the doughnut hole long enough for your organs to extract what they can and flush the rest.

Let this topographical doughnut paradigm sink in and see if it doesn't fundamentally change how you view yourself. Keep passing good stuff through the hole and your real insides will become stronger and less prone to failure. This adds up to a healthier, happier, and LONGER life.