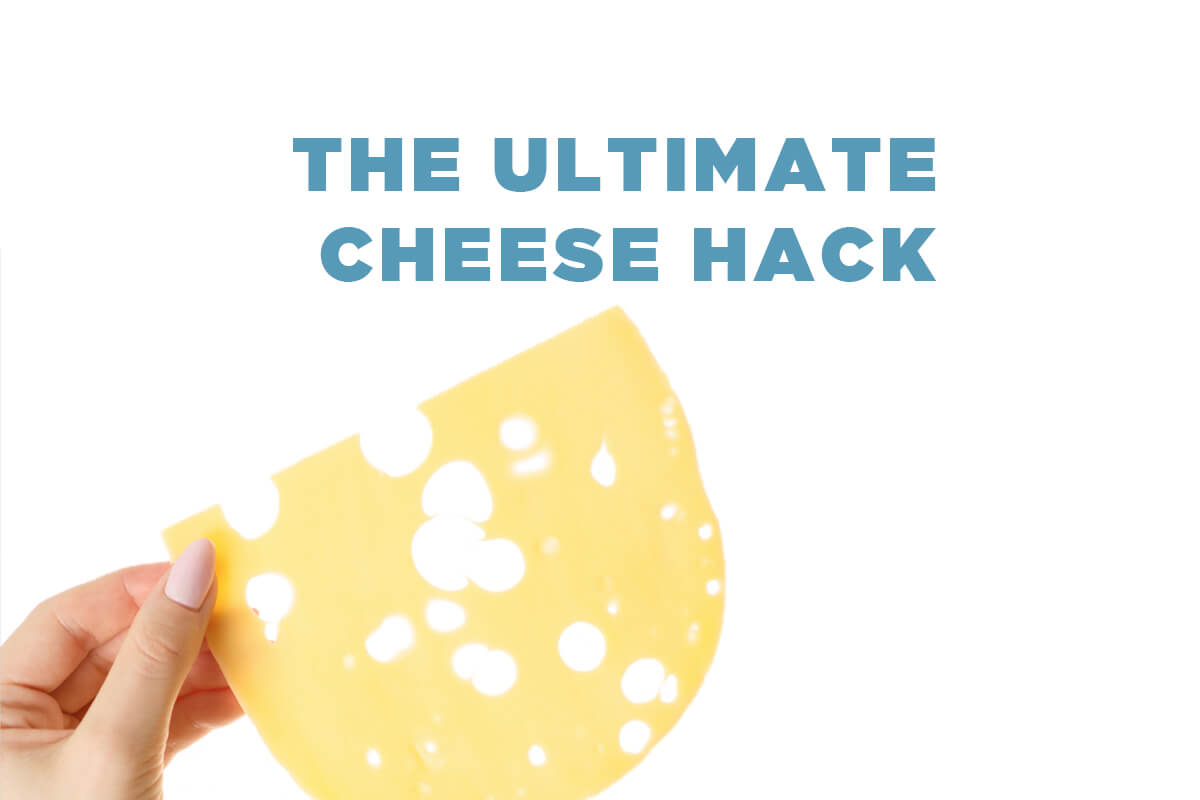 Cheese is one of those foods that exist in the DMZ between helpful and unhelpful foods. The heart of the issue is that despite living on the edge of the supermarket--where healthy, fresh foods reside--cheese is a processed food.

• It's made through several rounds of dehydration and concentration. Just as a cracker is the result of concentrating and refining wheat to within an inch of its life, cheese is the result of skimming milkfat, curdling, drying, fermenting, and skimming again. This results in a dense caloric package of fat and protein.

• Along the way copious sodium is added, just like all processed foods.

• For the highly processed cheeses, even more preservatives are added to keep them shelf stable for months.

Above all else avoid foods labeled "cheese product". These are often more vegetable oil than milk!

In general, the cheeses you buy at the cheesemonger section of the supermarket have been through less intensive processing than the ones found in the standard dairy aisle. But you'll pay a premium for them.

With all that being said, cheese is a good source of dietary fat and protein, and is a pleasure for the senses (also important for your mental health)! You just need to treat it like the plutonium food it is and only enjoy it in small portions.

To get this right we have a simple trick that works remarkably well. Are you ready for it?

We're going to eat the first in its solid form. As we bite into it, the cheese begins to warm in our mouth, releasing all those wonderful flavors as the salt and fats mix and play off each other. Solid cheese lets you taste more of its tangy character. You really feel like you're eating cheese.

The second slice has been mostly melted. This means that external heat has already done most of the separation of fats. You can see this in the pool of oil that the melted slice is sitting in. When you bite into it, the taste is far less pungent, as your tongue is enveloped in warm lipids while your teeth bite into nothing but squish.

A small portion of solid cheese will quickly satisfy you with its cheesiness. It's only possible to eat large quantities of cheese when melting has occurred (as we see in dishes like lasagna, pizza, or fondue).

Let's say you're having a burger. Most people think melting a slice of cheese on top of the hot patty is the way to go. Next time, try adding cheese at the last possible moment. Hey, that tastes much CHEDDAR!

Instead of mixing cheese into warm pasta, add freshly shredded cheese on top at the end. Wow, that tastes GRATE!

Want some scrambled eggs with cheese? Instead of melting it in, add small cubes to the scramble when the eggs are fully cooked. You get little bombs of cheesiness exploding in your mouth every few bites. Knock knock I'd like to talk to you about CHEESUS!

Give solid cheese a try. You'll find you're more satisfied with a smaller portion. Your waistline will thank you!