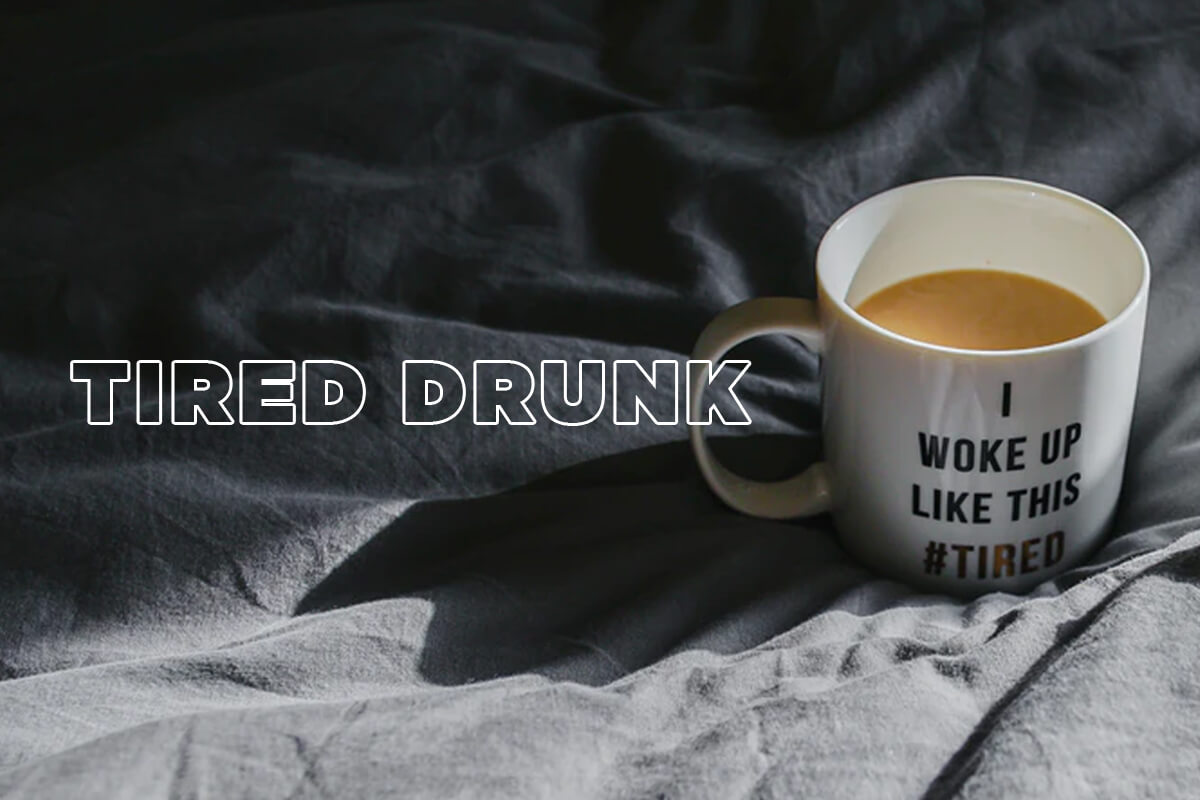 The next time you’re under slept, take a moment and refrain from taking on a project, big or small.

The next time you’re under slept, take a moment and refrain from taking on a project, big or small. What we don’t realize is how sleep deprivation impacts our performance and how we feel on a daily basis. There is also a direct correlation between sleep and weight loss. When you’re short on sleep, you snack more and generally eat larger portions thinking that the extra calories will help you feel more energetic. There are no substitutes for a good night's sleep and all of the things you think are going to help you feel that energy boost are really doing more harm than you believe.

I recently needed to install an outdoor blind in front of a window. It should have been a simple job. Figure out the placement, mark where the screws should go, attach the brackets, attach the blind, and we’re done.

From the start this little project seemed cursed. First, I couldn’t find the step-ladder. Then I couldn’t find the drill. Then I forgot the brackets in the package. After a lot of looking around I finally got into position to hold up the blind and figure out where the brackets should go. But I had gotten up on the ladder without a pencil! So I had to climb down and find a pencil, redo the placement. But once I was up there I couldn’t seem to find the pencil, again! Where had I put it? After checking my pockets and behind my ear, I realized the pencil was in fact, held between my teeth. Good grief.

I finally marked where the screws should go, but ran into trouble choosing the right drill bit. The first one I chose was a bit too small and was stripping the screw head. So I climbed down to change it out but couldn’t find the drill bit holder. This took a good 5 minutes of looking around in frustration. It was ultimately in a bizarre place, on top of the outdoor grill. Why had I put it there? Anyway, equipped with the right drill head, I got the screws in, put up the blind, and found that it was noticeably crooked. This kicked off another comedy of errors, looking for the drill, looking for the pencil, and dropping the screws.

Finally the blind was up. What should have been a 5 minute job took half an hour, and created a lot more holes in the wall than it deserved. Holes which someday someone (probably me) would have to spackle and paint.

What was the cause of such a clumsy, blundering DIY experience? I had already realized it about halfway through. I had gotten a terrible night’s sleep the night before, and was woefully under slept. This is the insidiousness of sleep deprivation.

This is where sleep importance stands out. If I had gotten a restful night of sleep, I may not have made so many mistakes. We’ve all heard of brain fog right? Having a clear mind is one of the health benefits of good sleep. When we awake feeling rested in the morning we not only feel more confident about our ability to capture the day but our body is literally more qualified to tackle things that normally wouldn't be a problem.

On the topic of confidence as well. How many times have you had anxiety about your inability to take on a tall order? You feel like you’re not capable of handling a difficult task for whatever reason. Could it be because you didn’t get a full night of rest last night? When we ask, “how does sleep impact productivity,” this is a perfect example. Not only does it physically impact our ability to accomplish something but it affects us mentally as well. When we’re tired, we worry more about how well we’ll perform doing things we would normally do without a problem.

Consider that being awake for 18 hours is equivalent, in terms of brain impairment, to having a blood alcohol content of 0.05%. For someone my size, that’s about 4 beers. If I had just downed four beers, would I have said to myself, “Welp, time to put up that blind?” No way! I’d stay as far away from ladders and drills as possible.

When under slept people are asked to perform cognitive tasks, they perform significantly worse than their well-slept counterparts. But when surveyed, they self-report that they’re doing just fine. When you need sleep, you’re too dumb to know how dumb you’re being!

Why is proper sleep important? Because it helps prevent you from making silly mistakes like the ones I made.

First of all, there’s basic safety. There were several times I felt my balance go a bit wobbly up on that ladder. How many household and car accidents have sleep deprivation as the hidden culprit? I’d wager a lot. The fact of the matter is that you’re not capable of making clear decisions which can lead to impulsive actions. You can end up pulling out into traffic because you’re in a hurry to get home and if you were well rested, you might have waited for that wave of traffic to pass. So, how does sleep affect your health? It can have a dramatic impact on your health when it comes to getting behind the wheel of a car or a piece of heavy machinery.

Second, there’s the time management problem. In my sleep-deprived state I essentially lost 25 minutes of my life taking what should have been a 5 minute job and stretching it out to half an hour. I could have done a lot of things with those 25 minutes, including getting more sleep! This is another reason why sleep is so important. Much of the time you’d be better off just putting the job off until another day when you’re feeling more rested. You’ll be more productive and capable of tackling the job if you simply hold off and get some rest instead. Get ready to attack the job another day with a clear mind and a “get it done” attitude.

Finally, there’s the issue of quality. The blind is up, but I can tell it’s not quite right. It doesn’t roll up smoothly, and it just looks kind of “off.” I’m sure you’ve had the same experience of revisiting work that you did when tired (or the equivalent level of drunk) and finding that most of it is garbage. You either have to live with a lower quality outcome, or redo it, sinking more time into what should have been a straightforward task if you had done it with a good night’s sleep!

Keep these points in mind the next time you’re tempted to skimp on sleep. There are few things more toxic in work culture than an attitude that sleep is a waste of time.

How does sleep impact productivity? The answer is clear.

Anyone who tells you different is going against not only sleep science, but your human right to feel healthy, happy, and whole. There’s a reason why so much science tells us how many hours of sleep we need per night. This is based on scientific research and you’re doing yourself more harm than good by trying to get things done when you’re tired. I must add the connection between sleep and weight gain as well. When we’re tired, we make poor decisions. That could mean ordering out a pizza instead of cooking the chicken you have in the fridge. Now you’re not only eating poorly but caloric regulation and sleep come into play too. Your metabolism slows down when you’re tired so if you’re trying to maintain a healthy weight, getting less sleep may be hurting your chances there as well.

The next time you’re under slept, take a moment and refrain from taking on a project, big or small. Especially stay away from activities that require physical dexterity and planning!  Even though you might think you’ve got it all under control, you’re behaving like the guy at the bar who says “Come on man, give me the keysss… I’m… like... totally fine to drive.”

You’re not fine! You need to hit the bed and come back fresh tomorrow. The task will still be there, but you’ll be a new person, able to do a better job in a quarter of the time!