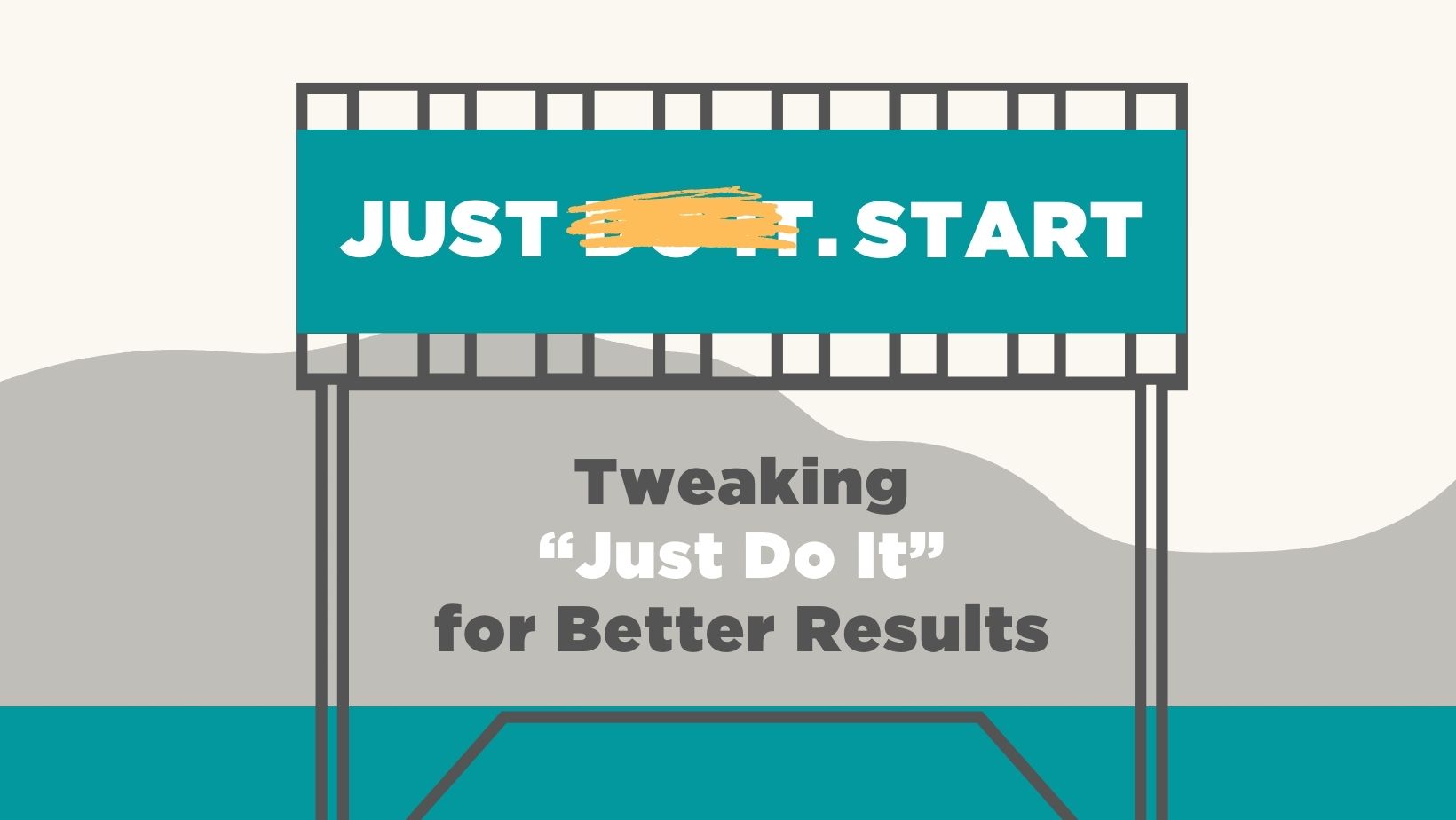 PULSE - Tweaking “Just Do It” for Better Results

Nike debuted their slogan “Just do it” in 1988, and those three little words were a key part of the struggling company’s turn-around and eventual domination of the sports market. Why was this phrase so powerful?

When it comes to doing exercise, the mind is able to churn out mushy excuses and rationalisations at an incredible rate:

“Just do it” is appealing because it’s like a splash of cool water on the foggy, excuse-addled brain. It’s a reminder that you can cut through the haze and answer vacillation with decisive action. It’s a nice tag line, and certainly has sold a lot of shoes.

However, thanks in part to decades of ad-campaigns, the power of “just do it” has waned.

In a lot of people’s minds, “just do it” is accompanied by images of an elite athlete pushing their boundaries, reaching deep to excel at the highest levels of sports. “Just do it” can start to feel more like “What’s wrong with you? Just do it. Just succeed. Just be the best.” This can feel intimidating. It makes exercise into an intense, serious pursuit others are excelling at while you just muddle around. Maybe those excuses and rationalizations were right after all. Maybe today is a day to just not do it.

The hard part of exercise isn’t when you’re digging deep trying to finish a workout or cardio session. By that point, you’ve already warmed to the task, and even though you may be gritting your teeth and out of breath, you’re usually enjoying the sensation of working hard and feeling alive. The hard part of exercise is the half-hour before you begin, when the mind is desperately seeking a way out of the exertion and pain it imagines. You don’t need to worry about “doing it”. The crux of the matter is starting it!

“Just start” also speaks to all levels of physical fitness. Whether it’s training for your first couch to 5k or your 20th marathon, you still need to just lace up your shoes and start. Anyone and everyone needs to start, whether or not you feel like you’re ever going to “do it.”

When I have a trainee who’s missing workouts and struggling with motivation, I’ll sometimes tell them, “You have my complete and total permission to just do 1 set and quit the entire workout after that. 1 set of squats and you can call it a day.”

I’ve never had a single person finish that first set and throw in the towel. Once you’re in the workout space, with your workout clothes on, and feeling the glow of warmth after that first set, you don’t want to stop anymore. The problem was the starting of the workout, not the actual workout.

The next time you feel excuses and rationalizations swirling around your brain, take a breath, and say out loud, “Just start.” This little phrase creates the space and potential for action. And action beats excuses each and every time.