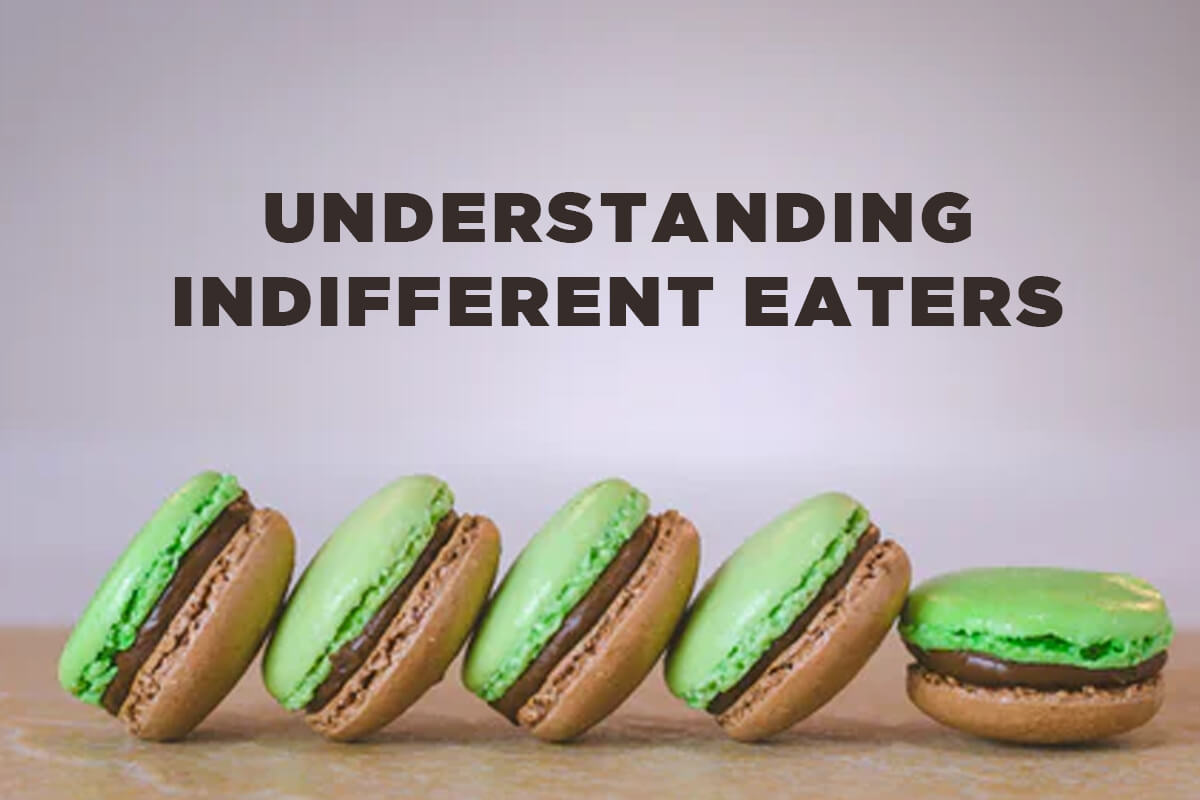 I've had the chance to work with thousands of people over the years, both in a training context and in the work environment. I'm always curious about people's relationship with food, and I've noticed that everyone falls somewhere on what I call the "gourmand spectrum".

Most people I meet live between "Chowhound" and "Foodie". They like food, they enjoy having food as a central part of their life, and they wrestle with the consequences of indulging too often in their favorite dishes. Occasionally you get to meet someone who's a hard 100 on the gourmand scale, and that's always a treat as they regale you with tales of meals past and detailed descriptions of ingredients and flavors from their culinary adventures. These are my kind of people!

Most fitness advice is aimed at this majority of the population. Those who love eating, love the social aspect of food, love feeling full, and have to learn to balance their enthusiasm for good food with the desire to stay trim and healthy.

But, those aren't the people we're talking about in this post. Today I want to talk about that other 10% of people on the spectrum. These are the people for whom food just isn't a big deal. They don't spend a lot of time thinking about what to eat. They don't derive much pleasure from food. They view eating as an annoying chore that their bodies foist upon them every few hours. These are the people who tell you, "I forgot to eat lunch today."

I've forgotten a lot of things in my life, but I have never forgotten to eat lunch.

I've forgotten a lot of things in my life, but I have never forgotten to eat lunch. When I get that midday hunger it completely overrides my thinking, going from a persistent tap on the shoulder to a wailing klaxon in under an hour. The thought of forgetting to eat is about as foreign to me (and the foodie majority) as forgetting to breathe.

The fact that people have different levels of food enjoyment isn't a surprise. We see the same range in all kinds of human activities. Some people aren't really into sex while others are nymphomaniacs. Some people are naturally gifted with numbers, others with words, while still others are natural athletes. We've all got a mixed bag of mental and physical preferences mixed in with our culture, environment, and personal history. So there's nothing wrong with being indifferent to food, but there's a lot of misunderstanding between the two sides of the spectrum which I want to clear up.

The main issue is that those who are indifferent to food always sport the slim, lithe, ectomorphic body type. In our current cultural milieu being thin is a highly sought-out characteristic, so the 10% of people who are naturally lean get a lot of attention. They become actors, models and spokespeople at a much higher rate than the rest of us. And so they naturally field a lot of questions about what they're doing that the rest of us aren't. 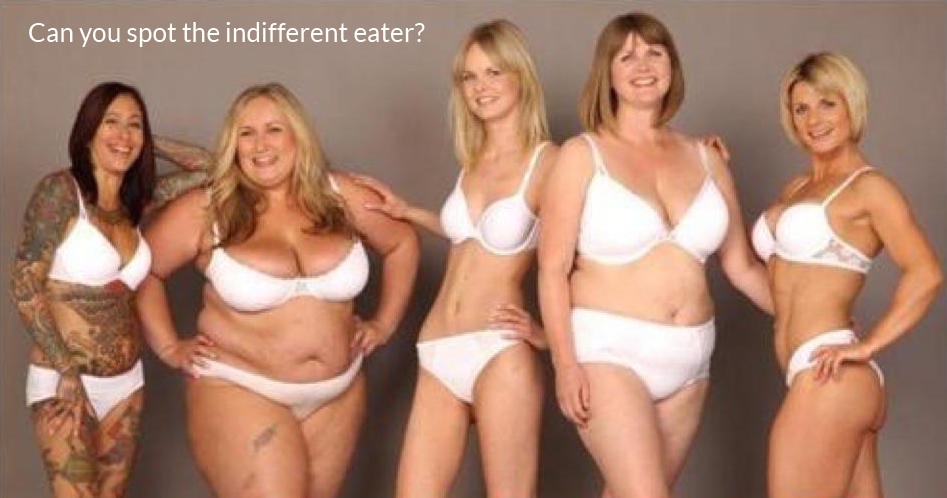 When you ask someone like this what their secret is, they're genuinely puzzled. "There's no secret, I eat whatever I want. Like yesterday, I ate a tub of ice-cream."

This sends the rest of us into conniption fits. The injustice of it all, that this super race of thin people can somehow eat so cavalierly and pay no price for it!

There are physical differences that can lead one person to add less body fat per calorie than another. The length of the intestines, the kind of gut-flora, the body's set point of muscle and fat; these all play a role, but these differences are on the margins. The biggest difference between skinny people and fat people is that skinny people are simply shoving less food down their pie-holes.

If you spend a day with one of these "I can eat anything" types of people, you'll notice that they're actually quite indifferent to food. Sure, they may have eaten that tub of ice-cream, but they also forgot to eat lunch, and only had a half bagel and some raisins for breakfast. They're not magically disappearing calories into the ether, they're missing significant food intakes throughout the day. This isn't because they're on a diet or anorexic (which is the exact opposite of indifference). They just don't think about eating all that much, they don't do it all that often, and when they do they eat smaller portions than most.

So when you ask people like this what they eat, they think back to the few times that they did eat, and present a very slanted view of the food items, highlighting the burgers, ice-cream and pizza, but neglecting to mention all the missed or barely-there meals. No one is cheating the laws of thermodynamics. No one has a "fast metabolism". The main difference between slim people and the rest of us is that they're simply not as hung up on the pleasures of food, and so eat less of it. 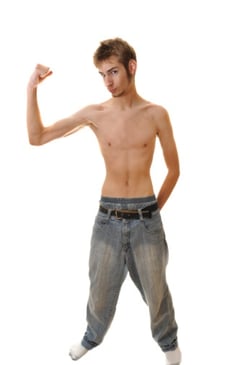 Indifferent Eaters get to enjoy being slim without much effort, which is nice, but they have their own set of problems that most people never consider. Try to understand the world through their eyes:

• If you're not really into food, you spend a lot of the day hearing about a topic that's pretty dull to you. It's like being the only person in an office who's not obsessed with sports and having to feign interest in the results of last night's game just to fit in. It's tiring spending half and hour debating lunch choices when you'd be fine with a ham sandwich.

• When you forget to eat, you don't recognize how much your focus and decision-making suffers. Food indifferent people have to make a real effort to keep themselves fueled, and are often operating in a somewhat impaired state and not realizing it.

• Despite not looking fat, people who don't eat regularly pay for it in performance. They have poor muscle tone, low endurance, and will feel quite weak compared to their burly food-loving counterparts. When they try to put on muscle, they have to work twice as hard as other people for smaller gains.

• The naturally skinny have their own grass-is-greener issues. Men can't get the muscle they want. Women can't get the curves. This causes just as much unhappiness for them as excess body fat causes for the majority.

• The single hardest part of being in this minority is that they get next to zero social encouragement when they seek to improve their health. Their days are punctuated with statements like this:

"Why are you working out? You're already so skinny!"

"Oh, you're trying to eat more often? Wish I had that problem!"

"Why are you eating that salad? You need some meat on your bones."

And as they train up and get in great shape, they don't get the high-fives and congratulations of those who lose body fat. Despite feeling stronger and looking better, the average person can't see much of a difference, especially with clothes on. This lack of external validation makes it tough to stay motivated. So when you see someone who's gone from skinny to filled out and toned-up, understand how internally strong they had to be to get there! 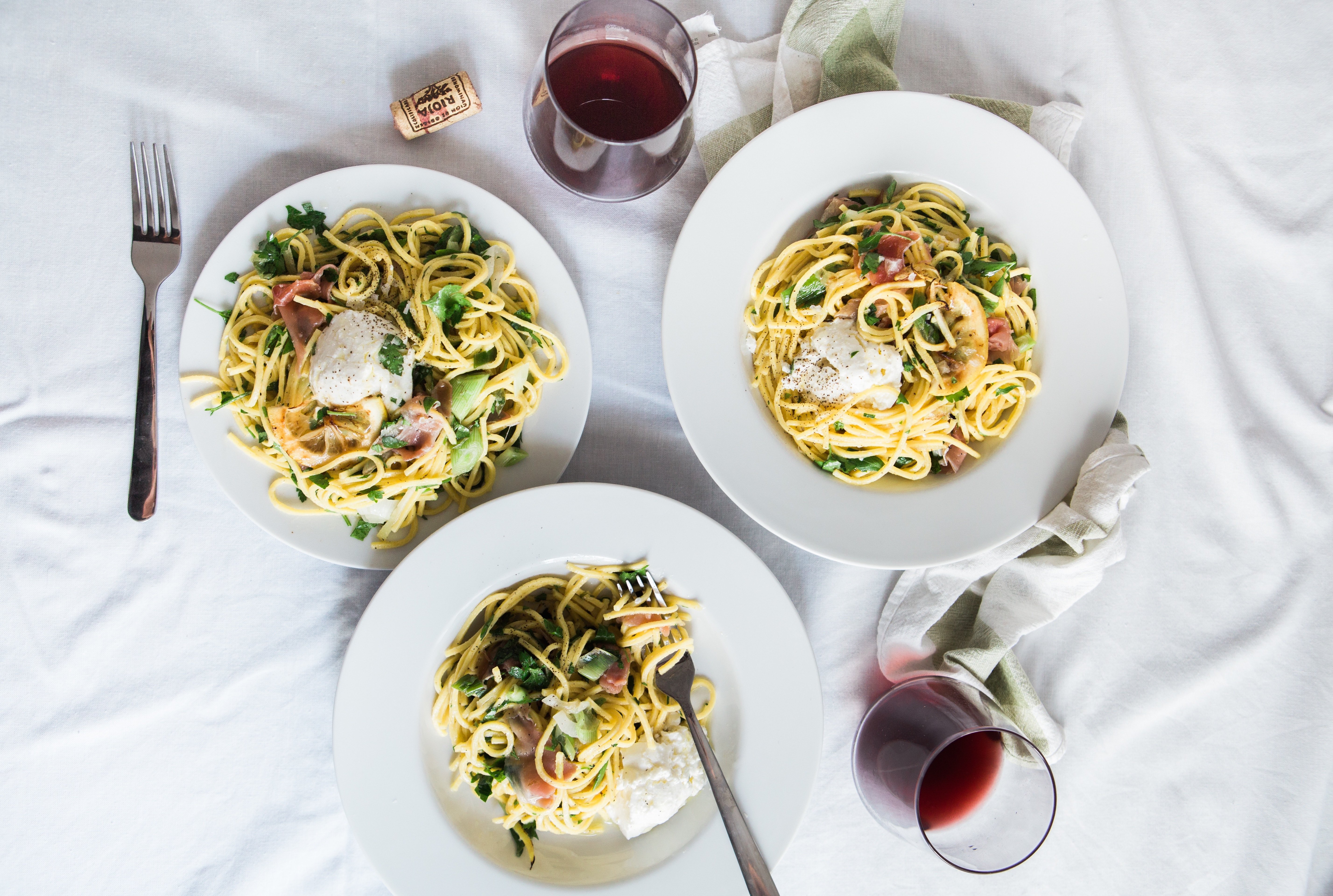