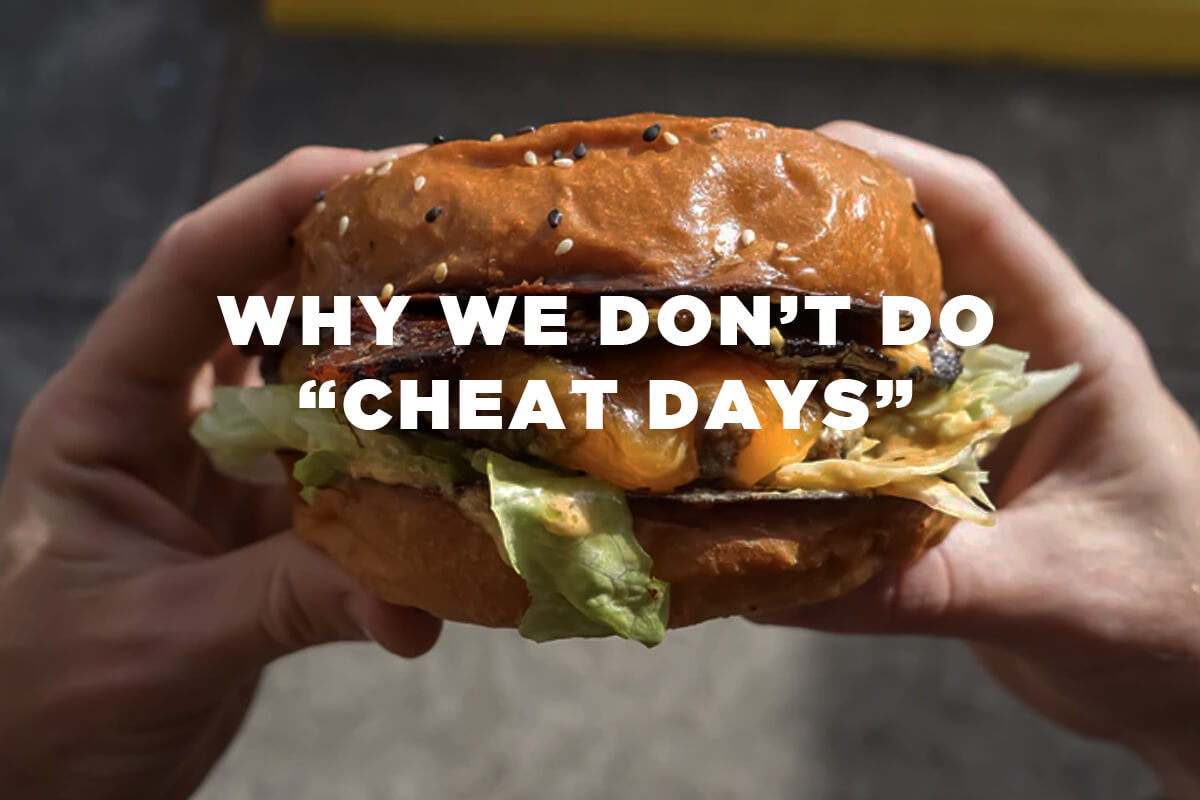 The cheat can happen a few different ways. Some people take an entire day to go off-diet and eat whatever they want. Others limit it to a six hour window. And still others make it a single meal. There are also variations in how people cheat. Some really go nuts, cramming down junk food as fast as they can, while some simply opt for larger portions of their normal training food. So as we discuss it keep in mind there's a big cheating spectrum here, and some of that nuance will be lost as we speak about the general concept.

We don't do cheat days at Kenzai. We don't like them.

There are usually two different arguments for cheat days. 1) that the cheat breaks your body out of starvation mode, boosting metabolism, resulting in greater calorie burn, and 2) that once a week people need a mental break from the willpower required to stay on diet.

Let's look at the validity of these two points.

This is a classic example of something being scientifically true, but misleading without context. The science goes like this. Your body produces a hormone called leptin which regulates your feelings of hunger and through some complicated protein synthesis is also able to upshift and downshift your metabolic efficiency (how much energy your body uses to move around and stay alive).

When your diet is tight, and you're losing body fat, your leptin levels will decrease. This means your metabolism will be slightly downshifted, and can lead to a lot of hunger (especially if your nutrition plan is half-assed). So you have a big cheat day, splurge on all the food you've been wanting to eat, and introduce a big calorie surplus into your body. Leptin levels rise and your body upshifts to a higher energetic state. Leptin levels stay elevated for about 24 hours, meaning that when you go back to your regular training diet you get a day of "super metabolic burn" before your body goes back to its reduced leptin levels. This is the theory at least.

However, when you look at actual studies, they show the leptin boost is marginal. Some show a 24 hour period has an increased calorie burn of 7%. Some show up to 28%. Some don't show the effect at all. The jury is still out on how leptin and cheat days interact, but let's give it the benefit of the doubt. Let's say the leptin spike gives you an extra 30% calorie burn the following day. If you're on a 2000 calorie-a-day plan, this amounts to 600 "free" calories. But of course to get these free calories, you had to eat extra food to kickstart the reaction.

Suppose for your cheat day you had a cheeseburger and fries. The average cheeseburger comes in around 350 calories, and a small order of fries around 250 calories.

So you're eating 600 calories to get that "free" 600 calories of leptin spike burn. (In reality you'd come out a bit ahead because you wouldn't be eating the calories of the regular meal which the burger replaced, but you can see that the margins are very thin here.) Add a milkshake or cookie and you've officially eaten more calories than the leptin spike gives back. And remember, this is with the very generous calorie boost of 30%, when most studies peg it around 7%.

Ok, ok, so maybe the metabolic boost isn't all it's cracked up to be, even if you come out calorically neutral or in the red, at least you got a reprieve from the rigors of your training diet. You let off some steam and satisfied those cravings you've been having. And now you can launch into the week with a clear head and strong willpower to stay on diet!

This way of thinking is just wrong. Your cravings are a complicated bundle of thoughts, emotions, and hormonal reward systems. They're not rational. For example, let's say you started a diet and have a weakness for pizza. If you're on a cheat day plan, your week might look like this:

Now, Monday rolls around again. Do you think your brain is going to tell you, "Since we had that pizza yesterday, I'm going to quiet down and let you enjoy your salad in peace and quiet?" No. Your brain is going to say "I liked that pizza very much, and I want you to trigger those same happy feelings again with some more pizza. Or if not pizza, some other combination of carbs, salt, and cheese will work nicely. How about a buttery grilled cheese sandwich?"

And now you're wrestling with grilled cheese cravings for the rest of the week. And there will be another one after that. Each week increases the mental strain you're under and makes it more likely you're going to abandon your fitness effort because "it's too hard."

Habits and cravings are tricky. The only way to quiet them down is to not feed the reward systems that drive them. As soon as you give in to a craving, you reignite the entire feedback loop that powers the craving and it's back up to full strength. This is why recovering smokers, drinkers, drug addicts and gamblers don't step out for a quick relapse on Sunday before getting back to business as usual on Monday. That first cigarette, drink, hit, or roll of the dice reawakens the beast, and it comes roaring back as strong as it ever was. 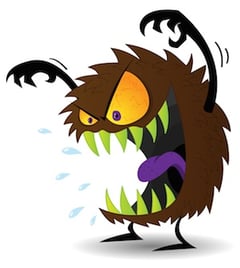 If you've ever given something up, you'll probably find this echoes your experience. The rule of thumb is that breaking a craving or habit takes about three weeks. Of course the craving will still bob up to the surface sometimes, but that white-hot "gotta have it" period is actually quite short. If you're doing the cheat day style, you never get to enjoy the dissipation of the craving. You're always resetting the clock to Day 1 and re-fighting the battle from the bottom of the hill. This wastes a lot of mental energy which could be better spent on the other aspects of your life.

Now, what we DO enjoy at Kenzai is the concept of an indulgence. These are spaced well beyond the 21 day mark, and aren't about gorging on as much food as you can. At certain intervals in training, you're invited to mindfully choose a small off-diet treat. This isn't you desperately trying to put out a fiery craving with whatever junk food is handy. This is a planned event where you get to interact with an unhelpful food in a controlled context. And the majority of the time, people come out of an indulgence thinking "It was okay... but it wasn't really as good as I expected." 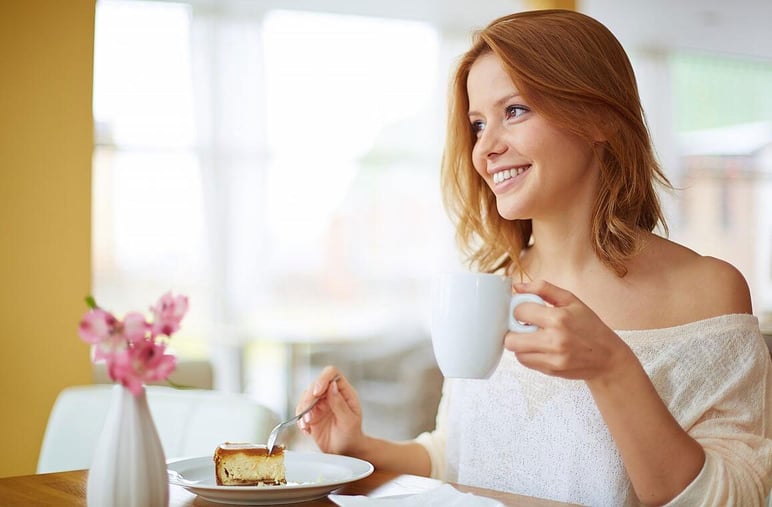 When you're eating a bad food in the light of day, not jacked up on hormonal reward systems, its ugliness is revealed to you. You wonder why you ever wanted it at all. This is the surest sign that you've slayed the craving and are back in control. But you'll never get to that good place on a cheat day schedule.

This is why we don't do cheat days, and why you shouldn't either. The metabolic effects are marginal at best, and the psychological cost is way too high.

We find the people advocating for big junky cheat days the most are also the ones proscribing far too intense diets with caloric deficits that cut to the bone. A properly prepared nutrition plan should mean you're never hungry for more than an hour, and that you're eating high quality, nourishing meals that aren't going to leave you fantasizing about junk food all day long.

Cheat days feed into the yo-yo approach to fitness, flipping from hardcore balls-to-the wall dieting and training to anything goes gorging and bingeing. If you're 20 years old you can get away with it (for a while). After age 30 doing things like that will strip your gears and leave you in a worse place than you started.

So that's our view on cheat days and why we stay away from them. When you think about it, "cheat days" are actually a great name. When you do them, you cheat yourself out of deep change, self-empowerment, and long-term results!